Activists are at the center of Gore's sequel, as they should be 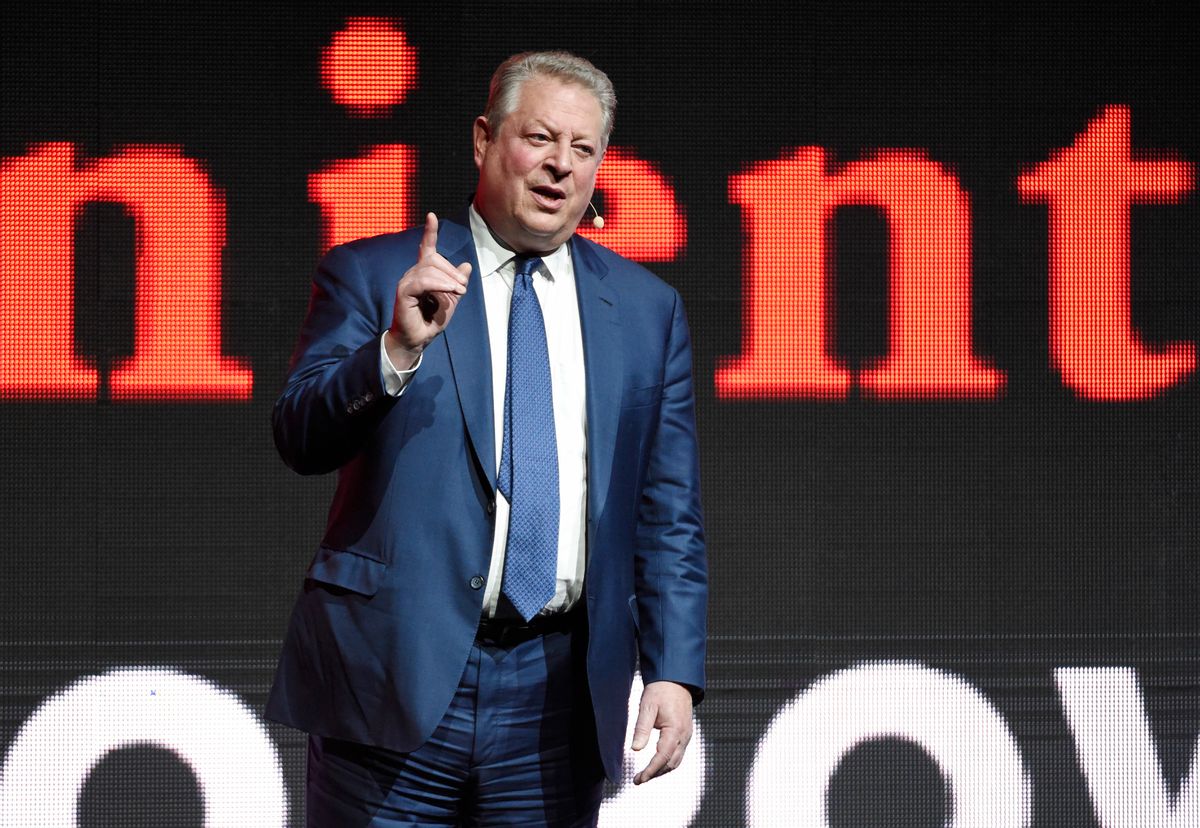 I’ll be honest, I greeted the prospect of a new Al Gore movie, more than 10 years after the Oscar-winning An Inconvenient Truth, with a healthy dose of skepticism.

Among those who have devoted their careers to the topic of climate change, I’m not alone in having mixed feelings about how effective Gore has been as its most high-profile standard bearer. There’s plenty of evidence that An Inconvenient Truthmade a difference in how people around the world think about the climate. There’s also evidence that political polarization on climate change grew significantly in the years following its release. A look at the early reviews of its followup is revealing: Al Gore might be an inconvenient vessel for this message.

No matter, since An Inconvenient Sequel: Truth to Power preaches its well-honed message entirely to the already-converted. As described by Colin Covert of the Minneapolis Star-Tribune, Gore “lays out his case like a kindly teacher who has been teaching this particular class in monotone for a long time.” The film features an update of the former vice president’s famous slideshow, spliced with a video travelogue of the past decade — especially focusing on his machinations at the 2015 Paris climate summit.

Despite learning little if anything new from the film, I found myself totally engaged — even moved. There was one primary reason: About halfway through the movie, I realized its main character wasn’t actually Al Gore. Rather, it was a group of people I’ve never heard of, but who it’s clear will be crucial to the future of the fight against climate change.

The climate movement isn’t in a particularly strong place right now. The biggest debates currently revolve around how exactly movement leaders should talk about fighting climate change in a world where it feels like getting out of bed in the morning is a major accomplishment. The most successful climate actions so far this year have been in response to salvaging unexpected losses, like how to keep U.S. commitments to the Paris Agreement after our president announced his intentions to withdraw. An audience of activists seeking direction might require more of a pep talk than Gore’s motivating message of cautious optimism.

As the film began, it was clear that Gore was once again the center of the show. The movie’s main plot point — Gore’s role in helping broker the Paris Agreement — may not have actually happened the way it’s portrayed.

I turned the corner on An Inconvenient Sequel when Gore steps aside and lets his most important career achievement — the thousands of activists he’s personally trained over the past decade — take the stage. For example, a young disciple from the Philippines painfully recounts his experience surviving Typhoon Haiyan — and explains why he’s dedicated the rest of his life to advocating for climate action. It’s a truly powerful moment.

If the world is going to solve climate change in this political environment, it’s going to be on the backs of a huge collective of activists — not a 69-year-old self-described recovering politician. Their stories are inspiring. Gore may have influenced them, but they are the real heroes.

A Gallup poll taken earlier this year found that 68 percent of Americans believe human activity is driving climate change, the largest fraction in decades of polling history. More Americans worry about global warming now than ever before. Thus, there’s clearly room to take Gore’s message to a much wider audience. And his trainees are perfectly positioned to reach it — both in the U.S and abroad.

Since 2006, Gore’s Climate Reality Project has conducted 35 workshops training more than 12,000 activists from ages 7 to 87 representing 137 countries. Gore himself usually presents roughly half the content. These trainees then go on to give the famous slideshow at schools and community organizations. They are able to relate personally to their audience — without any of the political baggage that Gore carries everywhere with him.

The first training of 2017 was in Denver, just a few weeks after Donald Trump’s inauguration. Jan Rose, an information technology specialist, told me she was motivated after the election to become a climate activist, so she applied to Gore’s workshop. Less than six months following the training, Rose says she has already engaged “countless times” in direct legislative advocacy and is helping to organize showings of the new film in every Colorado county.

“Al Gore and the Climate Reality Project changed my life,” Rose explains. “I’m in this for the long haul.”

Julia Williams, volunteer coordinator at the grassroots group 350 Colorado, went to see An Inconvenient Truth with her parents a decade ago. As a kid growing up in the mountains, she was passionate about the outdoors, but she credits Gore’s film for putting her on a path to studying environmental science and working as an activist.

“My whole career was really ignited from that movie,” says Williams. She adds that at the Denver training, “Every single person that I talked to had a similar story.”

Thomas Riggle, the chair of the Denver Sierra Club says that the training puts an emphasis on personal storytelling, which helps make climate change feel more tangible and urgent. But Gore’s still part of the packaging. Even though Riggle is an established activist, he says, “It’s really amazing how far Al Gore’s name will get you.” Sure, he gets some flack for name-dropping the former vice president, but most of the time, people become much more receptive after he invokes Gore.

According to a footnote in An Inconvenient Sequel’s credits, the Climate Reality Project is now offering the slides and talking points from the new movie to the general public — no training necessary. It’s an indication that it’s time the movement shifts from individual action to the collective action the film encourages.

Ironically, the person who most needs to heed that call is Gore himself. It’s high time for him to fade into the background and let his protégés take the spotlight.