Actually, Google manifesto writer, the number of women in tech is declining — thanks to guys like you 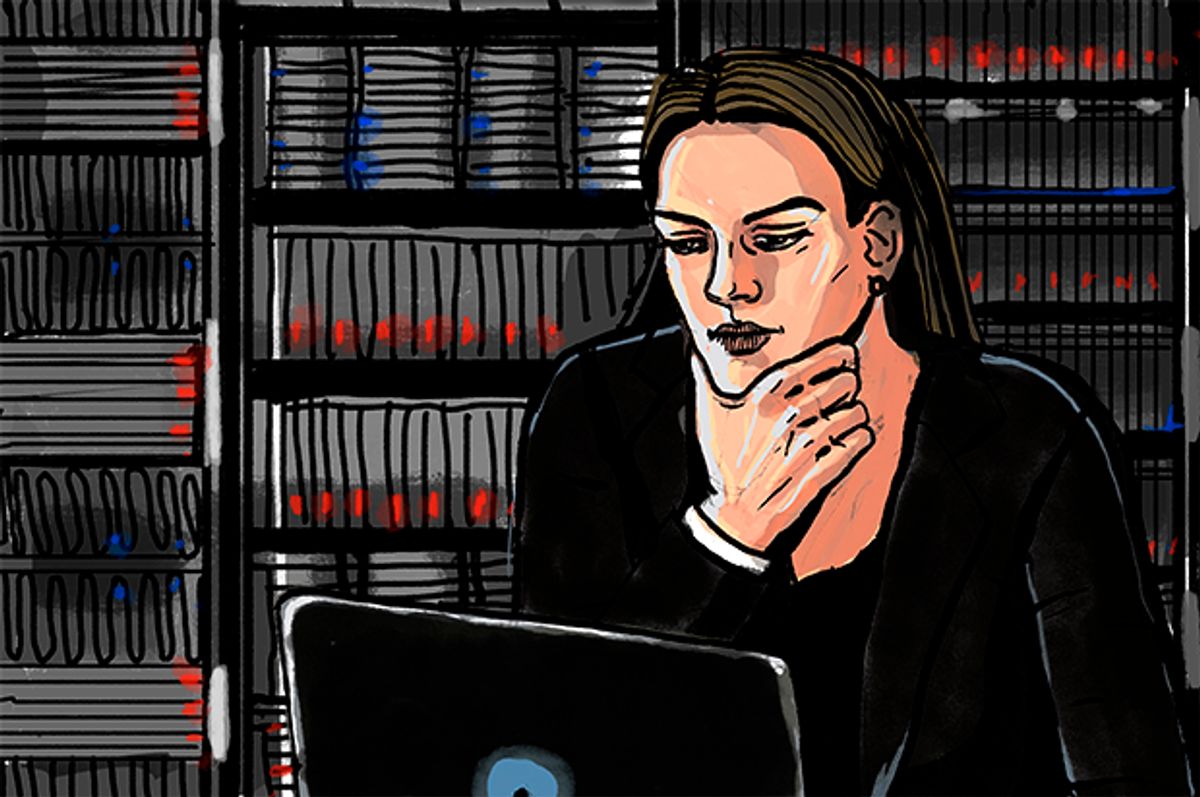 The recently penned "anti-diversity" memo from Google "tech bro" James Damore has ignited furor over a lack of gender diversity, and for good reason. Damore, a former software engineer for Google, wrote a 10-page manifesto, made public by Motherboard on Saturday, titled "Google's Ideological Echo Chamber," in which he posits "biological differences" are the reason women are underrepresented within the tech industry.

According to the manifesto, women just aren't made to be as successful in the tech world as men because they lack a drive to achieve a high status and are not willing to abandon a "balanced and fulfilling life." Damore suggests women are more focused on "feelings and aesthetics rather than ideas," which results in unequal representation. He further argues these deficiencies lie within a woman's instinctive behavior, suggesting an unstable mental state is the cause of gender inequity in the industry. And, according to Damore, "neuroticism" is the reason for "the lower number of women in high stress jobs," specifically in the tech field.

He later argues the company's initiatives such as their mentoring and training programs are catered "only for people with a certain gender or race," suggesting Google is marginalizing the white men they employ. Damore says the company's left bias "has created a politically correct monoculture that maintains its hold by shaming dissenters into silence," a standpoint most common among people who throw around the word "snowflake."

Although Damore's points seem shocking to those outside of Silicon Valley, hearing perspectives similar to those outlined in the manifesto are routine for anyone in the industry, especially women. A female technical project manager for a custom analytics solution team told Huffington Post she has "no reasonable expectation of respect at work."

"This a** who wrote the manifesto at Google demonstrates one thing and one thing clearly: He has no damn idea," she said. "He has no idea what it feels like to have to prove yourself every single day, and how strong you have to be just to show up to that environment."

Dammer's deluded world where women are cherished over white men in the tech industry is part of a rhetoric echoed by today's conservatives, but holds little ground in reality.

In a 2013 study released by the American Association of University Women, the statistics show women in tech are on the decline. In 1990, 35 percent of computing jobs were held by women, compared to just 26 percent in 2013. Even though 30 percent of Google's employees are women, only 17 percent of them hold tech jobs. Surprisingly, Google has one of the highest tech employment rates of women, with Facebook (15 percent) and Twitter (10 percent) falling far behind.

More often than not, the notions hindering women from entering the tech industry come to fruition at a very young age. Children are taught to associate "hard" subjects, such as math and science, with boys rather than girls. "There’s evidence that by first grade, most kids already associate math with boys," Christianne Corbett, report co-author of the AAW study, told Huffington Post. "This is just a belief most of us have. It’s a reflection more of our culture than anything individual."

Even though Damore's argument is deplorable at best, it does fairly reflect the culture young women are indoctrinated into, and the statistics prove it. Girls Who Code found that 74 percent of young girls express interest in STEM (science, technology, engineering and math) fields. However, as they grow older, their desire to enter these fields dims.

To keep their interests in STEM alive, young women must be proactively empowered to become powerful forces with those fields — even the Girl Scouts of America have taken necessary measures to facilitate their interests in tech. However, as TechCrunch points out, holding onto that interest is difficult when bro-dominated images flood popular culture and female role models are scarce. Focusing on diversity in hiring and retention are vital to achieving a more equal ecosystem within the tech industry, and that includes the workshops Damore condemns in his manifesto.

But, when things such as the Google manifesto go viral, young women interested in STEM professions are reminded that men like Damore will meet them when they arrive. It must be chilling for every good effort educators, organizations and the students themselves put into prepping young girls for a tech future.

Again, the greatest hurdle for women in tech isn't the fact that they're not suited for it. It's the men who believe they are.