Hegseth saw nothing wrong with Trump's statement on the protest Saturday; in fact, he appreciated "many sides" take 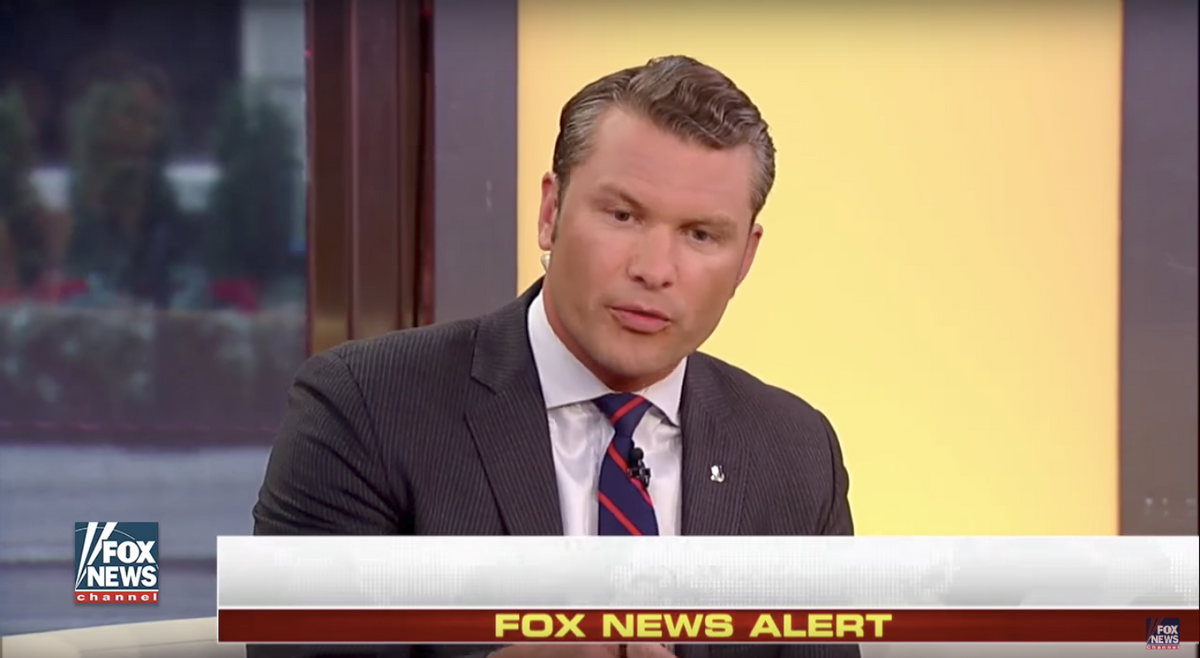 Whenever President Donald Trump finds himself entangled in his own web of blunders, he can always rely on Fox News to spin him out of it.

The president's favorite TV program, "Fox & Friends," did not let him down Sunday.

Pete Hegseth, one of the most prominent sycophants at Fox News, came to the president's defense following the national outcry over Trump's statement on the white supremacist terror attack in Charlottesville, Virginia.

"I think the president nailed it," Hegseth said of Trump's vague statement on the attack. "He condemned in the strongest possible terms hatred and bigotry on all sides as opposed to immediately picking a side out the gate."

Hegseth, who was considered for a position in the Trump administration during the transition period, highlighted Trump's "We are all Americans first" comment as especially presidential.

Hegseth's cohosts on Fox & Friends noted that critics were disappointed, even appalled, that Trump did not single out the white supremacist ideology that brought people to Charlottesville in the first place.

"You can call that out," Hegseth said of the critique, "but still also listen, say, on Black Lives Matter, to the grievances of young African-American males in urban cores who feel like they are looked at differently by police. That discussion still should be had. Just like young white men who feel like, 'Hey, I'm treated differently in this country than I feel like I should have. I've become a second-class citizen. None of it — they tell me I have white privilege.'"

"None of that justifies racial preferences or violence at all," he continued. "But there's always a grievance underneath it that it's worth talking about. And we should never live in such a politically correct culture that we can't at least have a conversation. There's a reason those people were out there. Some of it is outright racism and needs to be condemned. A lot of it, though, is, 'I feel like my country is slipping away and just because I talk about nationalism — not white nationalism — doesn't mean I'm talking in code that I'm a racist.'"

Hegseth was generous, to say the least, in his characterization of the men who gathered around the Robert E. Lee statue in Charlottesville Friday night. The men who descended on Charlottesville this weekend were not just nationalists. They were white nationalists who advocated for a country without Jews and black people. They sang songs that were popular during the height of Nazism.

Hegseth will try to whitewash these facts, of course, because he will continue to defend the president, no matter the costs.

Watch the segment below, courtesy of Media Matters: