The beleaguered president launched a tone-deaf attack ad at Democrats and the media, as he still plays to his base 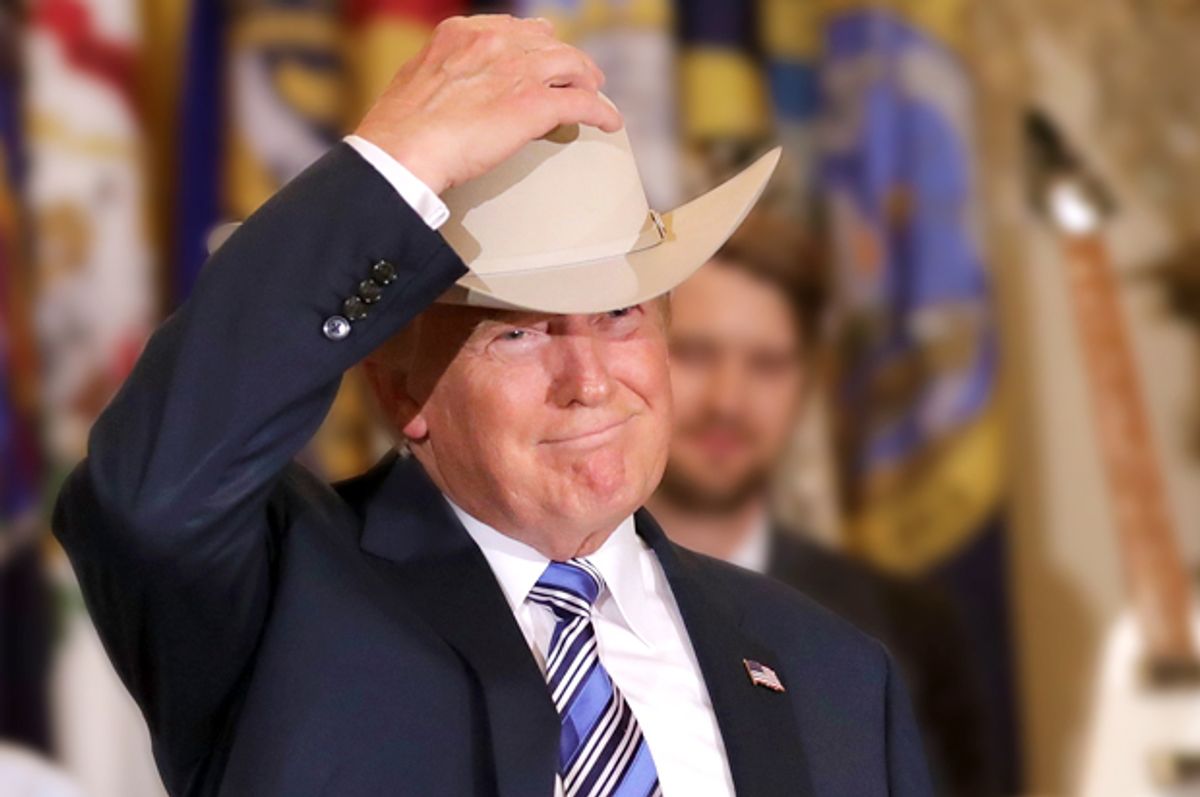 It was clear from President Donald Trump's remarks on the Charlottesville protests Sunday that he was in campaign mode. He went through considerable lengths to avoid condemning white nationalism in fear of ostracizing his base.

The president did call for an effort of national unity, saying that Americans "have to love each other."

In a new campaign ad, for, ostensibly, the 2020 presidential election, there was no love loss for the Democratic Party or the press.

“Democrats obstructing, media attacking our president, career politicians standing in the way of success. But President Trump’s plan is working,” the ad said.

“One million jobs created, more Americans working than ever before, unemployment: lowest since 2001, the stock market: all time record high, the strongest military in decades. The president’s enemies don’t want him to succeed, but Americans are saying ‘let president Trump do his job’,” the ad added.

Since Trump has entered the White House, he has only tried to reach out to his voters, virtually ignoring half of the country. His dangerous rhetoric reached a new low Sunday when he failed to explicitly call out  the white nationalist ideology that was responsible for the death of an innocent woman.

Trump said there were many sides in the wrong in Charlottesville on Sunday before telling the American people that we all have to get along.

"We have to come together as Americans with love for our nation and true affection for each other," he said in a short speech. "We must remember this truth, no matter our color, creed, religion and political party, we are all Americans first."

The president's new ad hardly practices what he preached.