Where is the YouTube left? There, elsewhere and unfocused

Not all mediums are created equal 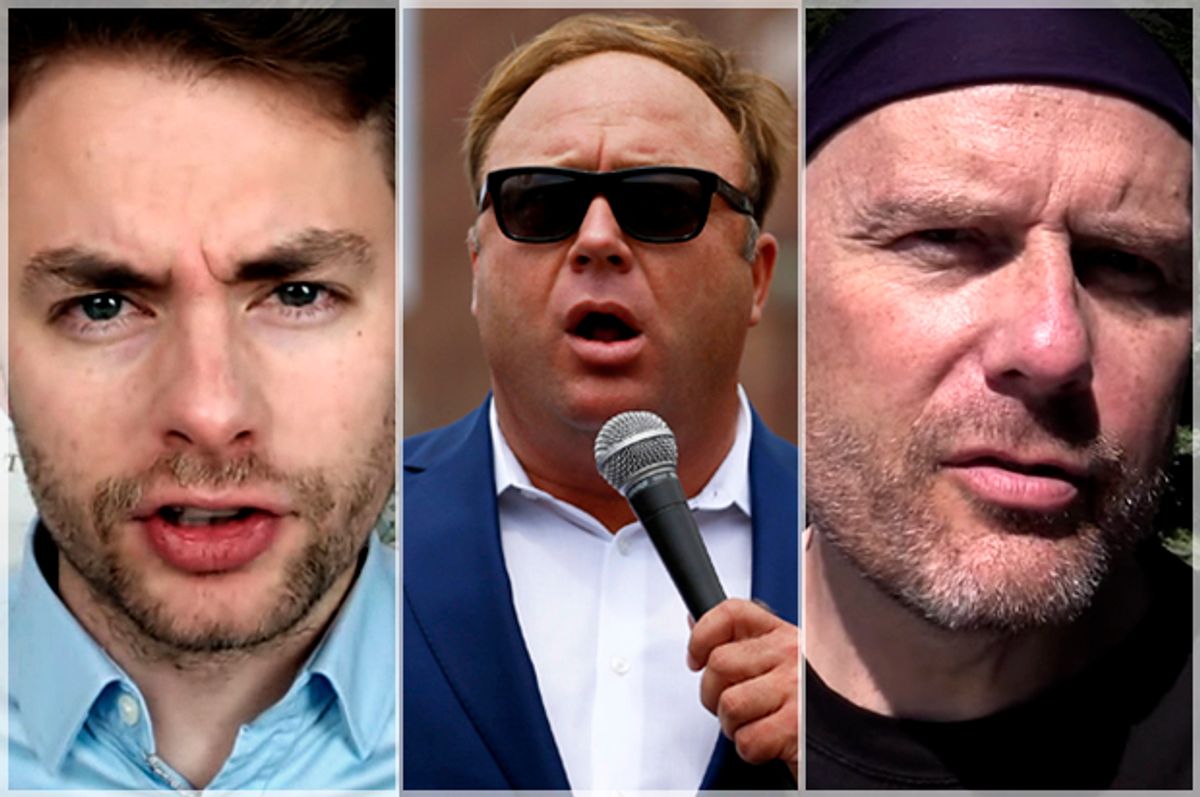 The left, right and mainstream do not agree on much. But this much seems to be consensus: The left is being dished out a “monumental ass-whupping” on YouTube. The phraseology comes from a tweet that InfoWars editor Paul Joseph Watson posted in March. Since then, Vice has theorized as to why the right dominates the platform; Zack Exley, a political organizer and a fellow at the Shorenstein Center on Media, Politics and Public Policy, has published a report analyzing the content of the right’s YouTube channels; and John Herrman, in the New York Times Magazine, has made the case that YouTube is for a new generation of right-wingers what talk radio was for past generations.

Indeed, in the last few years YouTube has seen an influx of right-wing channels that have attracted significant and passionate followings. But the presupposition that the right dominates the medium isn’t totally right. It tends to overlook that the News & Politics YouTube channel with the most subscribers is a progressive one. The Young Turks, Cenk Uygur’s network of ad-libbing progressive voices, attracts more subscribers (3.4 million) than most of the insurgent right-wing channels combined. The network, which began broadcasting on YouTube in 2005, is the world’s longest-running daily web livestream, and it is still growing, having recently raised $20 million in investments.

Most of the next-most-popular News & Politics YouTube channels come from established media companies or foreign broadcasters. ABC News, Vice News, Nerdist and CNN are all in the top-ten most subscribed-to News & Politics channels. The top right-wing channel is Alex Jones’, which, with just over 2 million subscribers, is the 12th most subscribed-to channel. But most of the insurgent right-wing channels said to be whupping the left’s ass to monumental proportions attract a fraction of these channels’ followings. For instance, Black Pigeon Speaks (BPS), the white nationalist channel Exley focused his report on, has just over 217,000 subscribers as of August 2017.

Still, that’s not an insubstantial following. In the six years that BPS has been broadcasting he has recorded more than 150 videos which have cumulatively been viewed nearly 25 million times. And there are a lot of right-wing broadcasters with comparable followings to BPS’s. In the aggregate, these channels, which are spreading a similar white nationalist ideology, are prevalent on YouTube.

It is here that the left seems to have no answer. Whereas the left has one behemoth, the right has saturated YouTube with big, medium and small channels alike. And while these broadcasters do not subscribe to identical worldviews, there are enough common threads to create what Exley calls a wholistic ideology.

“One of the disadvantages the left has, and it’s a reason why they don't have as big audiences, is that the left does not have one of those ideologies out there that they're willing to pick up,” Exley said in a phone interview. “They're not going back to 20th-century communism the way the right is going back to 20th-century national socialism. And I’m not saying they should. But people want an explanation to everything. Instead, most of the left-wing YouTubers are just making videos explaining this concept or that concept. But it's not in the context of a wholistic worldview about things like how Americans will make a living in this era of deindustrialization. That question's just not interesting to the left.”

Some have hypothesized that the reason for the left’s lacking presence on YouTube is that left-wingers instead congregate on Twitter. “Twitter is the natural home of the left because Twitter — participatory; open; capable of presenting multiple viewpoints to the reader simultaneously — is well-suited to the expression of left-wing views, which are (to draw however loose a family resemblance between often disparate warring factions) typically somehow egalitarian,” wrote Vice’s Tom Whyman. “Contemporary right-wing politics, by contrast, is driven largely by the unexamined prejudices and anxieties of (primarily) white men. Any white man who wants to hold on to their prejudices and anxieties is going to have a tough time of it on Twitter — but they're going to have a grand old time standing in front of their wall, alone, ranting.”

Whyman’s is a clever theory but it misrepresents how these platforms are used. Tweeting and vlogging are not mutually exclusive. Whereas vlogging can become a profession, Twitter is a supplementary medium. Vloggers, like other members of the media, tweet on the side to promote their work or to engage in a conversation. The same is not true in the inverse. There are not professional tweeters who vlog to promote their Twitter feeds.

A more likely analog to the right’s YouTube presence is the left’s podcast presence. The two mediums require a similar skillset (talking) and a similar equipment (a microphone, a computer and basic software), and each is a form of new media embraced by millennials. The political podcast landscape also happens to look something like the political YouTube landscape, only inverted. The Ben Shapiro Show, which is conservative, is currently the second-most-popular podcast on iTunes — political or otherwise. But once you get past Shapiro’s show, and the shows of a few of his Daily Wire colleagues, liberal-leaning podcasts (from providers like Crooked Media, Vox, MSNBC, the Atlantic, NPR, the New Yorker, Slate and Buzzfeed) dominate the medium.

The reason why the left and right dominate different mediums may have something to do with demand. Perhaps YouTube’s visual aspect is attractive to young conservatives where the mobility of podcasts is attractive to young liberals. Or, as The Young Turks' Cenk Uygur surmised in a phone conversation, the split may come down to creators’ perceptions of the different mediums.

“A lot of progressives that come from money have an establishment way of thinking, so they're trying to be ‘legitimate,’” Uygur said. “More establishment-minded folks can wrap their heads around podcasts. They go, ‘Oh, I get it. That's like a radio show. That's legitimate.’ Why don't you just take a whole bunch of former Obama officials and start a podcast? YouTube seems to those guys like it's still the Wild Wild West and like something that isn't legitimate or credible.”

The aesthetics of the two mediums may have something to do with that perception. Liberal or conservative, there’s something about broadcasting video outside of a traditional studio and without a suit and tie that screams, He might go off on a tangent about what REALLY happened with 9/11. (It might be that so many of these broadcasters look directly into the camera when they talk.) If you mute Jimmy Dore, a progressive host on The Young Turks Network, you might mistake him for an InfoWars host. The spectrum of podcast production value, on the other hand, is less stark. With the right sound equipment, a DIY podcast can sound as professional as a given radio show — and with a bit of editing, it can often sound more professional.

But the two mediums are not necessarily equally effective modes of communicating a political message. YouTube not only has many more users than podcasts, political YouTubers have the advantage of YouTube’s algorithm, which recommends videos similar to the ones that a user has watched. That means that if you watch a few Black Pigeon Speaks videos, you will likely be recommended videos by other white nationalists. Especially because YouTube videos are incredibly evergreen. Uygur said that half of The Young Turks’ views come from videos that are 30 days old or older.

“They're kind of like classes,” Exley said of the right’s YouTube videos. “Their audiences treat them like you might treat MIT courses online, where you go watch a whole bunch of them and learn something about physics. I think there are a lot of people going back and watching all of Black Pigeon Speaks' videos to learn all that he is teaching.”

The same doesn’t seem true of podcasts — or any other form of media, for that matter. And the difference was visible this week when James Damore’s Google memo and his subsequent firing made the news. Where the YouTube right used the saga to confirm its ideology, the left was, for the most part, left responding.