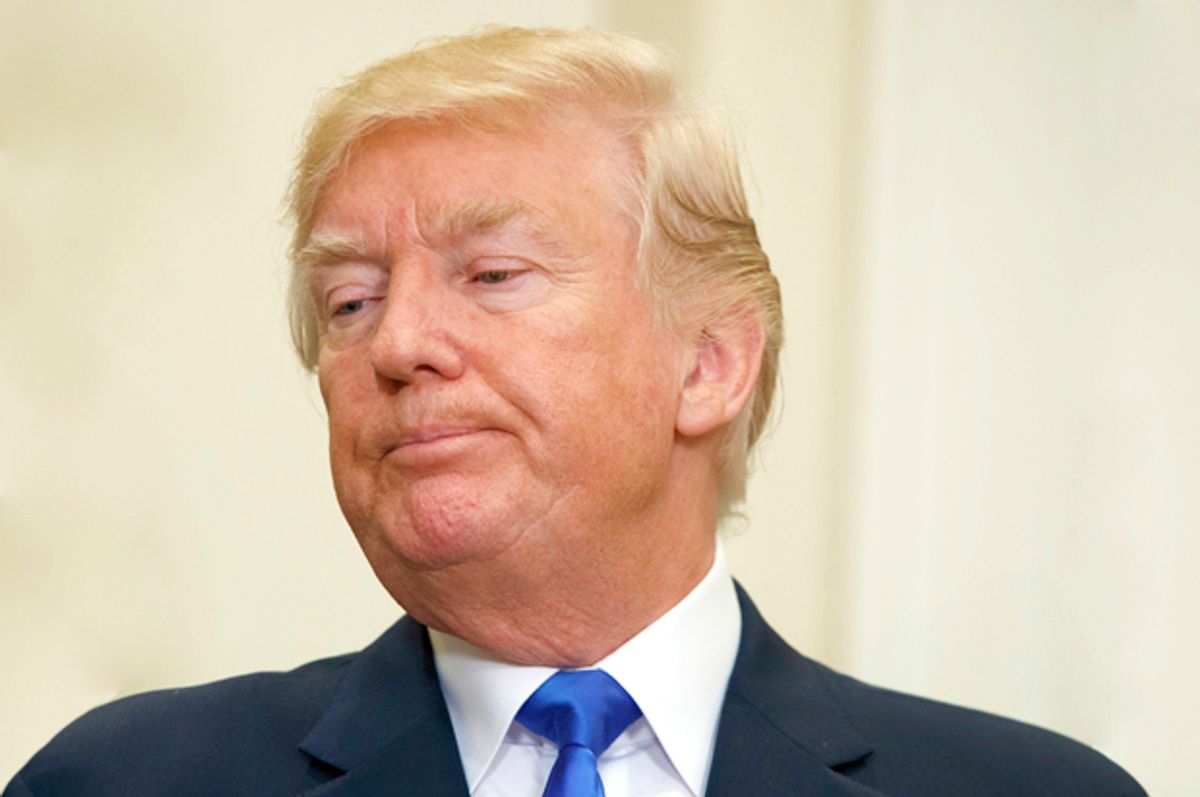 President Donald Trump's White House is under fire for its continued refusal to single out white nationalism for condemnation after the Charlottesville riots.

The controversy, which was sparked by Trump blaming "many sides" for the white supremacist violence on Saturday, continued on Sunday when he refused to explicitly single out racists as the cause of the unrest.

In a statement on Sunday, the White House said: "The president said very strongly in his statement yesterday that he condemns all forms of violence, bigotry and hatred. Of course that includes white supremacists, K.K.K. neo-Nazi and all extremist groups. He called for national unity and bringing all Americans together."

Of course, at the time he made his initial remarks on Saturday, white supremacists were hailing them as proof that the president was secretly on their side.

"Trump comments were good. He didn’t attack us. He just said the nation should come together. Nothing specific against us," wrote Andrew Anglin of The Daily Stormer. "He said that we need to study why people are so angry, and implied that there was hate . . . on both sides!"

Anglin added, "So he implied the antifa are haters. There was virtually no counter-signaling of us at all. He said he loves us all."

As Charlottesville Mayor Mike Signer pointed out on NBC's "Meet the Press," Trump's reluctance to confront the white supremacist movement may be due to his open courtship of them during the 2016 presidential campaign.

As Signer explained, "When you dance with the devil, the devil changes you. And I think they made a choice in that campaign, a very regrettable one, to really go to people’s prejudices, to go to the gutter."