Media darling "The Mooch" laughs it up with Stephen Colbert, even though he's no longer a White House staffer 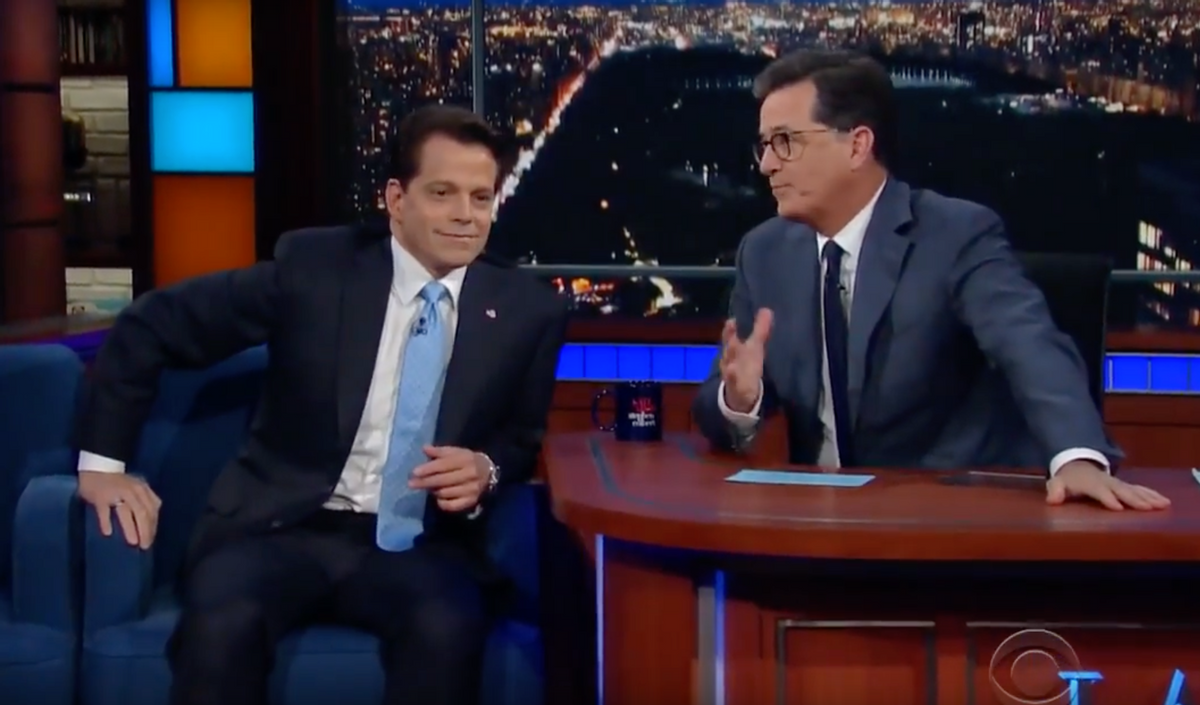 On Sunday, fired White House communications director Anthony Scaramucci — whose tenure in the national spotlight burned brightly, then burned out — called out Steve Bannon as being a member of the alt-right. On Monday night, the man known as "The Mooch" went on "The Late Show with Stephen Colbert" and once again blasted his former colleague.

Scaramucci said that he didn't like "the toleration" of white supremacists by President Donald Trump.

Colbert also asked Scaramucci about the infighting in the West Wing. "What's it like inside the White House?" Colbert inquired.

"I've been in the building," the host responded, deadpanning, "What I means is, what is it like? From the outside, it looks like a dumpster fire."

There was also "no love lost" between himself and Reince Priebus, Scaramucci admitted, hinting that he may have been hired to oust Priebus and Sean Spicer.

In interviewing the man who was once responsible for speaking for the president, Colbert took the opportunity to attack Trump for his half-hearted condemnation of white supremacists.

“Condemning white supremacy and neo-Nazis is a one-inch putt,” Colbert said. “Why do you think he choked?”

Scaramucci stumbled on the answer, saying that sometimes he does the opposite of what the media expects him to do, and it worked for him during the campaign.

The interview comes as Bannon's job may be in jeopardy. According to The New York Times, there's pressure on Trump to eliminate the aide who helped him find a base.