Donald Trump's mojo will be tested in an Alabama Republican primary

Donald Trump has been supporting Luther Strange. But he's also backed by Mitch McConnell, and that's a problem 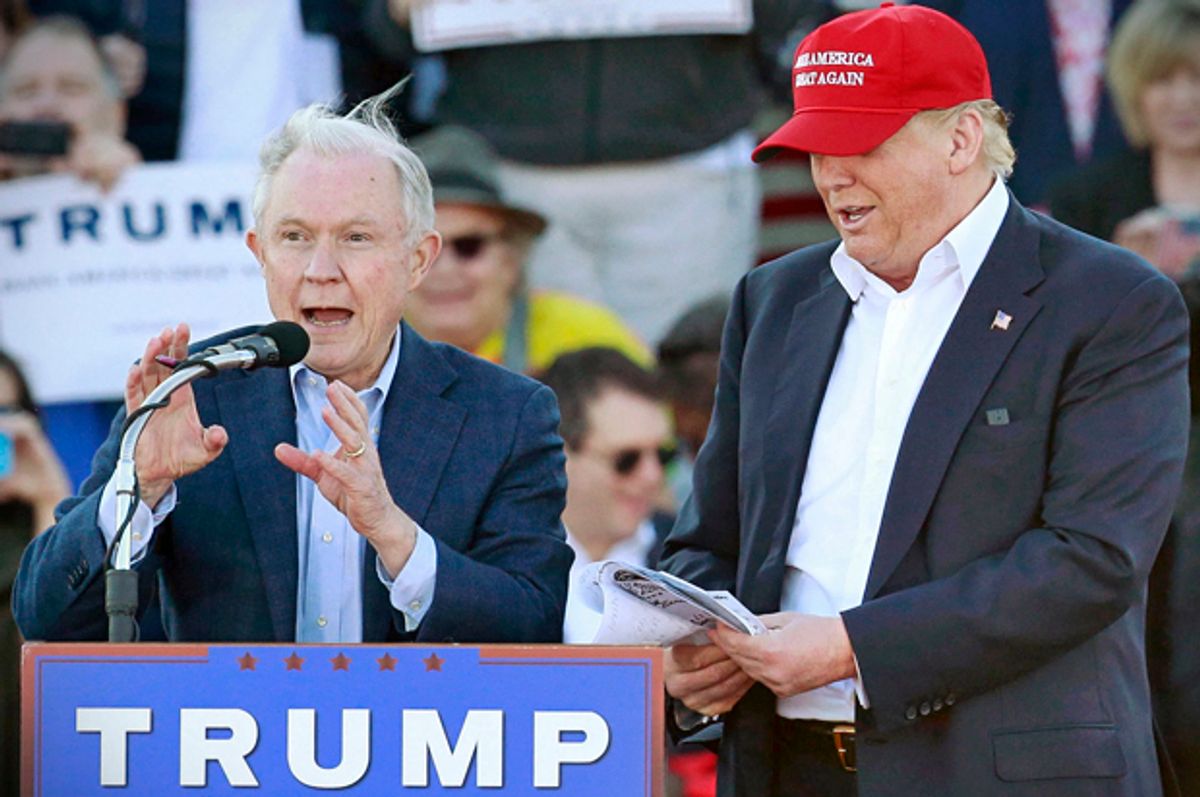 President Donald Trump's political future may be on the line depending on the outcome of a Republican special election primary in Alabama.

In the bid to replace former Sen. Jeff Sessions — who now serves as Trump's attorney general — nine Republicans are vying to be the next Republican elected to the Senate, according to Reuters. A September runoff could be avoided if one candidate receives at least 50 percent of the popular vote, though that is considered highly unlikely.

But Strange is currently struggling to even place second in the current polls, according to a report by The New York Times. Strange's ties to both McConnell and former Gov. Robert Bentley, who had to resign in disgrace in April, are believed to be hurting his efforts to achieve a second place finish.

Moore is in the lead, with some claiming that the murky details surrounding how Strange was appointed by Bentley are hurting his chances among an electorate that is fatigued with government corruption.

Trump has thrown his weight behind Strange in tweets and in a robocall to Alabama voters. "He's helping me in the Senate," Trump said in the call. "He's going to get the tax cuts for us. He's doing a lot of things for the people of Alabama."

This isn't to say that the candidates should be viewed as repudiating Trump. Quite to the contrary, both Strange and Brooks have defended Trump's response to the white supremacist riots in Charlottesville, even as the Democratic front-runner Doug Jones condemned the president's tepid response by saying, "We saw this back in the 1960s, where our elected officials — George Wallace or Bull Connor — used words and gave tacit support to let people do things."

Nevertheless, the stakes remain quite high for Trump when it comes to the outcome of this race. If Strange loses, many pundits will interpret that as a sign that Trump's political clout has waned considerably since its heyday less than a year ago. It will also most likely further alienate the president from McConnell, who has already been criticized both as an establishment Republican and as a man unable to deliver the goods when it comes to key issues like health care reform.