Wait, did George Pataki just back Kid Rock for Senate?

If his tweet is an endorsement, the former New York governor will be the first establishment GOPer to back Kid Rock 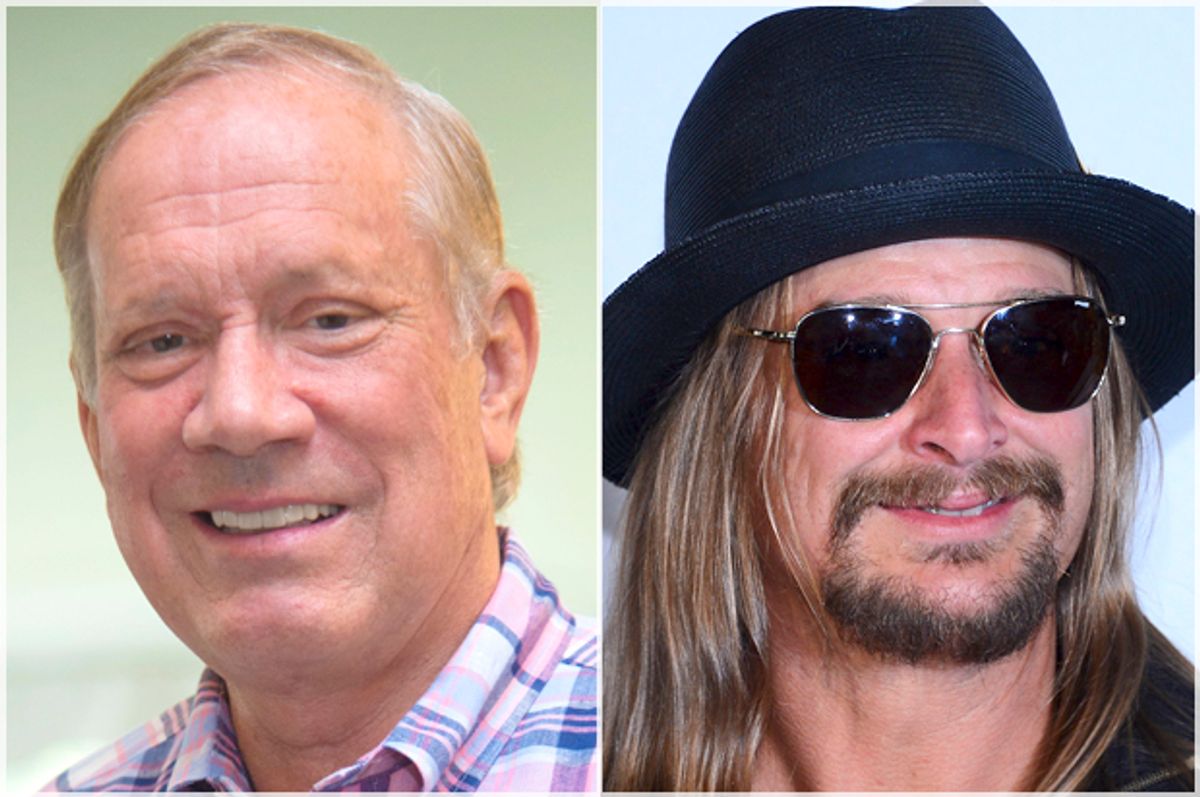 Kid Rock — who may or may not be running for a senate seat in Michigan — may have received his first endorsement from an establishment, moderate Republican. If nothing else, he definitely received praise from a highly unlikely source.

Pataki was citing a news story about how the president of the Senate Leadership Fund, a Republican super PAC that has the backing of Senate Majority Leader Mitch McConnell, has said that the group would be "very interested" in the potential candidacy of Kid Rock (real name Robert James Ritchie).

Pataki's most recent moment in the political spotlight occurred during the 2016 presidential election. Because of his reputation as a moderate Republican, Pataki had tremendous difficulty getting his campaign off of the ground, and ultimately had to drop out before the end of 2015.

In his message announcing the end of his campaign, Pataki said that "if we're truly going to make America great again, we need to elect a president who will do three things — confront and defeat radical Islam, shrink the size and power of Washington and unite us again in our belief in this great country."

Three months earlier, Pataki had harsh words for the party's eventual standard-bearer, Donald Trump, referring to him as "unfit to be the president of the United States or the Republican nominee."

Ritchie, by contrast, was an early supporter of Trump. In an interview with Rolling Stone in February 2016, he said that he was "digging Trump," said that any of the other Democrats or Republicans would be "the same shit" and concluded that "let the motherfucking business guy run it like a fucking business. And his campaign has been entertaining as shit."

Although many observers were initially skeptical when Ritchie indicated that he would run for Senate in the Michigan 2018 elections, the rocker said in a statement that "it’s not a hoax, it’s a strategy and marketing 101!" He also promised to be "a voice for tax paying, hardworking AMERICANS and letting politicians like her know that We the People are sick and tired of their bullshit!"

Later Ritchie claimed that his potential campaign had received support from "community leaders, D.C. pundits, and blue-collar folks that are just simply tired of the extreme left and right bullshit."