The Antarctic ice sheet conceals 91 volcanoes. Should we be afraid? 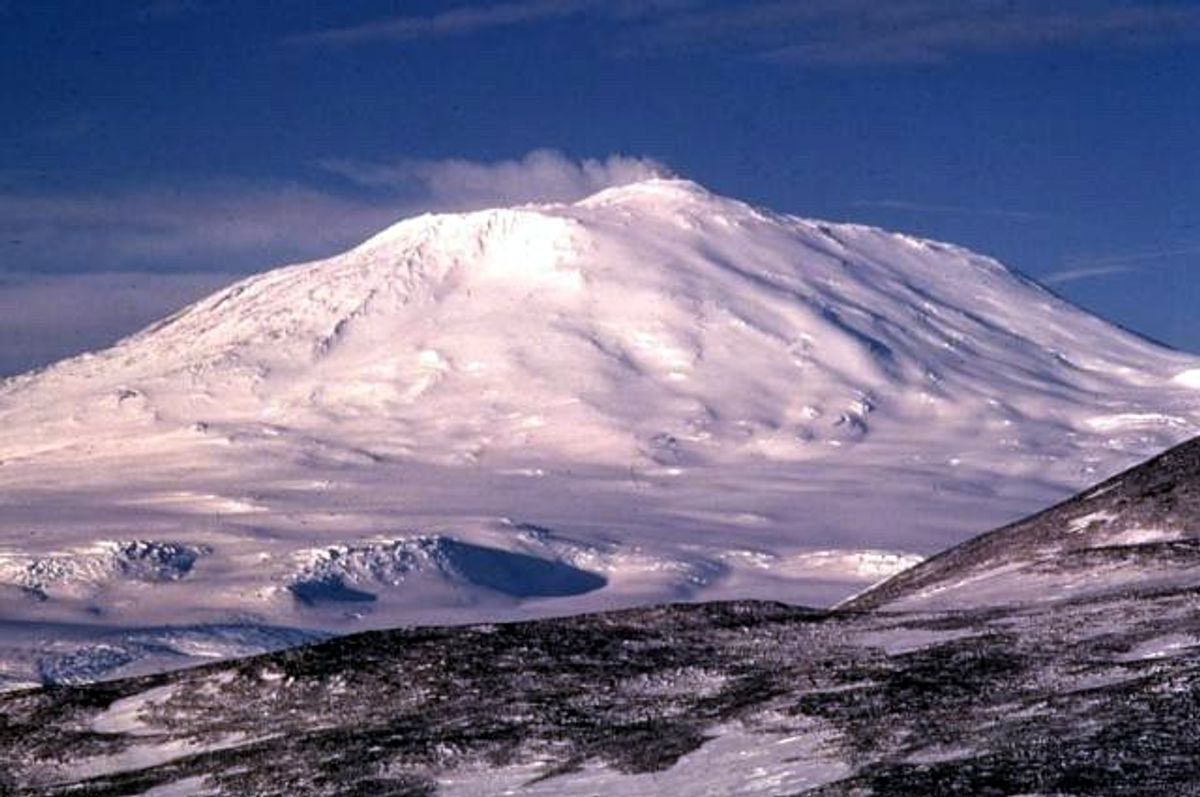 Media covered the weekend discovery that the Antarctic ice sheet hides at least 91 newly-discovered volcanoes with an array of alarming headlines. "The greatest concentration of volcanoes has been found in Antarctica — and that’s terrifying news,” Quartz bellowed. Robert Bingham, an expert on glaciers, told the Guardian that one of the volcano’s eruptions could “further destabilise west Antarctica’s ice sheets.” “Anything that causes the melting of ice -- which an eruption certainly would -- is likely to speed up the flow of ice into the sea . . . The big question is: how active are these volcanoes? That is something we need to determine as quickly as possible.”

Are these newly-discovered Antarctic volcanoes truly a threat to the planet? To answer that, we have to dig a little deeper into the geology. Late last week, the United Kingdom’s Geological Society first published the research from scientists at Edinburgh University in Scotland, which reported on the newly-discovered volcanoes. Many of the volcanoes lie several kilometers beneath the Antarctic ice, though some actually have their tips exposed above the sheet.

As the news stories around this discovery attest, humans are afraid of volcanoes. This seems pretty fair: most natural disasters stoke fear in humans. Accordingly, there are a number of disaster movies regarding volcanism, some pretty good (1997's "Dante's Peak") and some pretty terrible ("Volcano," also released in 1997).

But there are reasons to be skeptical that these Antarctic volcanoes are going to blow, destabilize the Antarctic ice shelf, thus raising the sea level and drowning our coastal cities. To put it in perspective: the majority of the 1,511 volcanoes in the world are thought to be dormant. Note that this is distinct from “extinct” — some scientists don’t like to deem a volcano “extinct” until it hasn’t erupted for one million years. “A volcano could be dormant for tens to maybe even hundreds of thousands of years, provided there are some bouts of unrest that suggest it has the potential to erupt again,” writes Erik Klemetti, a geosciences professor at Denison University.

"There are active volcanoes in Antarctica — dozens were active in the last thousands of years, although most are not active at present," Matt King, a Professor of Polar Geodesy at the University of Tasmania, told Salon in an email. This includes Mt. Erebus, which sits on Ross Island and is quite active, having last erupted in 2015. "These newly-discovered volcanoes have only been identified based on their shape – we really know very little about them other than they exist. We don’t know when they were last active or even if some could be active now," he continued.

Indeed, these newly-discovered 91 volcanoes have not erupted since scientists began inhabiting Antarctica at the beginning of the last century and probably for much longer before then, given the geologic evidence.

"The thickness of Antarctica’s ice is measured in miles – these volcanoes are generally a long way below the surface and so even if they did erupt it’s unlikely we would see magma or other volcanic signs at the surface," said Dr. King. "But we have good ideas of what we could see – Iceland provides some great examples . . . [there] we see huge amounts of ice being melted and that resulting river of water runs out under the glacier into the ocean — it produces major flooding and rearranges the landscape downstream. Major eruption under Antarctica’s ice would lead to increased sea levels, there’s no doubt."

These volcanoes' seeming inactivity is partly because most of the newly-discovered volcanoes are not near the tectonic plate margins. In essence, tectonic plates can be analogized to literal “plates” that float atop the mantle, and slowly churn and smash into each other and move around the earth, albeit very slowly. (The fastest plates move about 10 centimeters a year.) Yet the motion of the tectonic plates is what has slowly shifted the continents around and what causes most earthquakes and volcanoes.

"From my reading about the discovery it appears that they are rift related volcanoes," Kenneth Collerson, an emeritus professor of earth sciences at the University of Queensland who has studied Antarctic geology, told Salon in an email. "Rift" is a geologic term for when parts of the Earth's upper crust stretch apart, and rift volcanoes are generally less explosive than volcanoes that form at tectonic plate margins.

Just as nearly all earthquakes occur at the tectonic plate boundaries, the same is true for active volcanoes. Volcanoes further away from plate margins — say, rift volcanoes like these — are less likely to blow at any moment (though there are exceptions, just as there are occasionally earthquakes far from plate margins.) The Smithsonian Institute actually hosts an interactive map of all the volcanoes on Earth. You can see on their map how the volcanoes align nearly perfectly with the boundaries of Earth’s tectonic plates.

In the Guardian article on the discovery, Bingham also elaborated that “The most volcanism that is going in the world at present is in regions that have only recently lost their glacier covering – after the end of the last ice age. These places include Iceland and Alaska . . . Theory suggests that this is occurring because, without ice sheets on top of them, there is a release of pressure on the regions’ volcanoes and they become more active.”

Dr. King agreed, more or less, with this assessment. "There is evidence – at least from Iceland — that suggests that the current great weight of the ice could suppress volcanic activity," he said. "But as the ice continues to thin it in the future, then volcanic activity could increase and melt even more ice. For Antarctica that is speculative because there’s no research, but it is an important area to look into – we need to understand what chance these events have of occurring, because their impacts on our coastlines could be very substantial."

This prospect, too, seems frightening — though again, this would only be true if the volcanoes were indeed active, or active enough to come back to life once the ice pressure upon them was relieved.

"As we have seen in Iceland, volcanoes do erupt beneath icecaps," Collerson said. "Antarctic examples include Gaussberg volcano." Collerson said that he had studied the Gaussberg Volcano, and observes lava and rocks "that formed when the eruption occurred, beneath the icecap."

"This discovery really does show how poorly we know Antarctica, even after 60+ years of scientific endeavours," King elaborated. Dr. King said detecting whether any of these Antarctic volcanoes are active is challenging: "There are too few seismic instruments, which detect the rumbles of volcanos, in Antarctica," he said. "But the observations that have been made don’t suggest lots of activity, if any."

"In some ways it’s a bit like our second cousins," he continued. "We know they exist but we've got no idea what they look like! Huge areas of the bedrock beneath the ice remain unmapped — as demonstrated by this exciting find — although progress is being made thanks to dedicated international efforts by a small band of researchers."