White supremacists don't think they have power? Look at the voting laws in the states they come from! 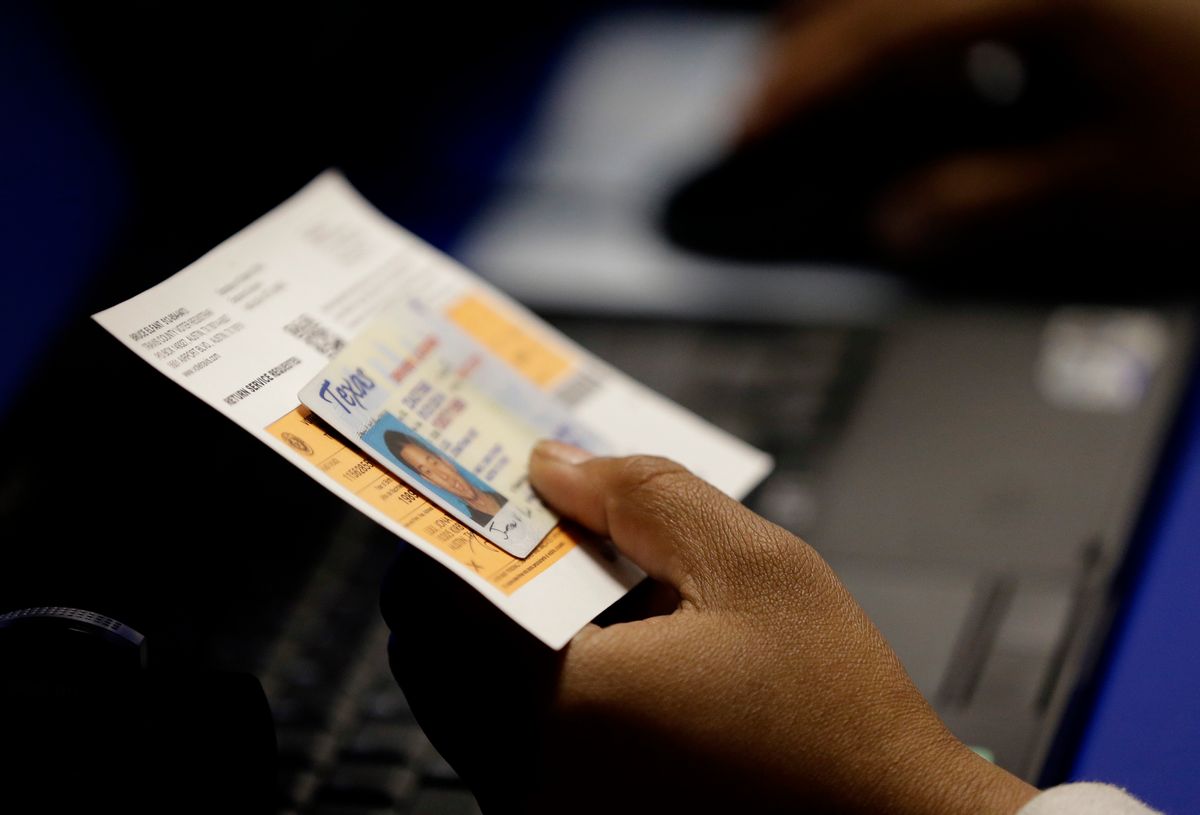 That was Virginia Democratic Gov. Terry McAuliffe’s message to white supremacists who came to Charlottesville to show America that white rage is real and is coming out of the shadows.

But wait a second. Where are these domestic terrorists supposed to go back to? One of the first four people arrested was from Virginia. The others were from Ohio, Florida and Tennessee. Each of these states has been dominated by white Republicans this decade, who have methodically implemented racist election laws that gave them majority rule in state legislatures and their U.S. House delegations.

What kind of states are they going home to? The answer is states ruled by white power sympathizers — and that's being charitable.

Take Virginia. It’s been in court for years over whether its political districts illegally segregated voters by race, overly packing blacks into fewer blue seats and bleaching more than enough red seats to secure majorities.

What about Ohio? It’s going before the Supreme Court this fall for voter purges that targeted blue inner cities but went light on red surrounding suburbs.

And Florida? Its lifetime ban on ex-felons has disenfranchised 1.6 million people, one in five blacks.

As for Tennessee, its Republicans have imposed extra proof of citizenship for new voters and cut back on early voting and stricter voter ID laws to get ballots. All target Democrats, especially non-whites.

This state-by-state list of racist election laws and actions hardly stops there. Brian Kemp, Georgia’s white Republican secretary of state, purged half a million voters. He’s running for governor against the state assembly’s Democratic leader, Stacey Abrams, a black woman. In Indiana, an Indianapolis newspaper just documented that GOP election officials shut down early voting in 2016 in Marion County, its black epicenter, but expanded it in surrounding white suburban counties.

Election data geeks have looked at the results of 2016 and found it was one of the most anti-democratic elections in a century. As David Wasserman, U.S. House editor for the Cook Political Report, recently wrote, “In 2016, Trump lost the national popular vote by 2.1 percentage points, but Republicans won the median House seat by 3.4 points and median Senate seat by 3.6 points — that’s the widest Senate gap in at least a century.”

These examples are snippets from a landscape that does not bode well for 2018 and 2020. If you compare a map of the states with the most restrictive voting laws with a map of hate groups, you’ll be staring at the same swaths of the country that largely will determine who holds state and federal power into the foreseeable future.

The white mobs rampaging in Charlottesville may want more privilege, segregation and wealth, but whether they know it or not—most probably they don’t — their Republican allies have been rewriting the rules of politics and elections to favor them for years.

Wasserman’s stark assessment looking back has a counterpart looking ahead. The path to power for Democrats is much steeper than most people realize. States filled with voter suppression laws and hate groups are states where Democrats have become the party of non-whites and progressives, while the GOP is the party of suburban and rural whites. Charlottesville’s white power rampage only underscores that this political and cultural divide is deepening.

Democrats and progressives have to be realistic about what they are facing. When the party's campaign committees send out fundraising mailings these days, they proclaim they can beat the hyper-partisan GOP gerrymandering. They point to a handful of special elections, including a recent Iowa legislative race where the Democrat beat the Republican by 21 points. That’s the margin of victory needed to breach the GOP’s partisan and race-based barriers, such as gerrymandering that segregates voters and gives the GOP an 6-8 percent starting line advantage; voter ID laws that cut another 2 to 3 percent off Democratic turnout in fall elections (and more in primaries); and other tactics that undermine blue turnout, like purges of infrequent voters and cutting early voting options. The party's committees say they're working hard, but it will take many victories with double-digit margins like these to make any headway in 2018.

Extreme gerrymandering affects state legislative and U.S. House seats. It doesn’t affect statewide races because there’s no carving up the map and segregating voters. The highest profile non-gerrymandered races in 2018 are for governor and the U.S. Senate. With the governors, a bunch of right-wingers face term limits. If Democrats were united (they are not) and won these seats, that could be a powerful counterweight to red supermajority legislatures in states like Florida, Michigan, Ohio and Georgia. The Democratic Governors Association knows this and has begun to send out fundraising mailings and even launched a website, UnrigTheMap.com.

“All Republicans would need to obtain 60 seats [where the Democrats could not stop the GOP using the Senate’s rules] would be to win every seat in the 30 states that Trump won — no Clinton states needed,” he explained. “The implications beyond Congress, especially for the Supreme Court, should deeply worry Democrats. Even if there’s a Democrat in the White House in 2021, the Senate majority that is so critical to confirming his or her nominee could be much harder to come by.”

Wasserman is an extraordinary political number cruncher. But there's more to this story and it's even darker. Many of these states where Democratic senatorial incumbents are up for re-election, and where dozens of U.S. House races are in play, are already run by GOP politicians with white supremacist sympathies (even if the Charlottesville mobs aren’t conscious of that fact). The proof is in the rules for voting and politics; rules that will determine what it takes to win in 2018 and 2020.