Watch Daniel Craig confirm his return to Bond on "Colbert" 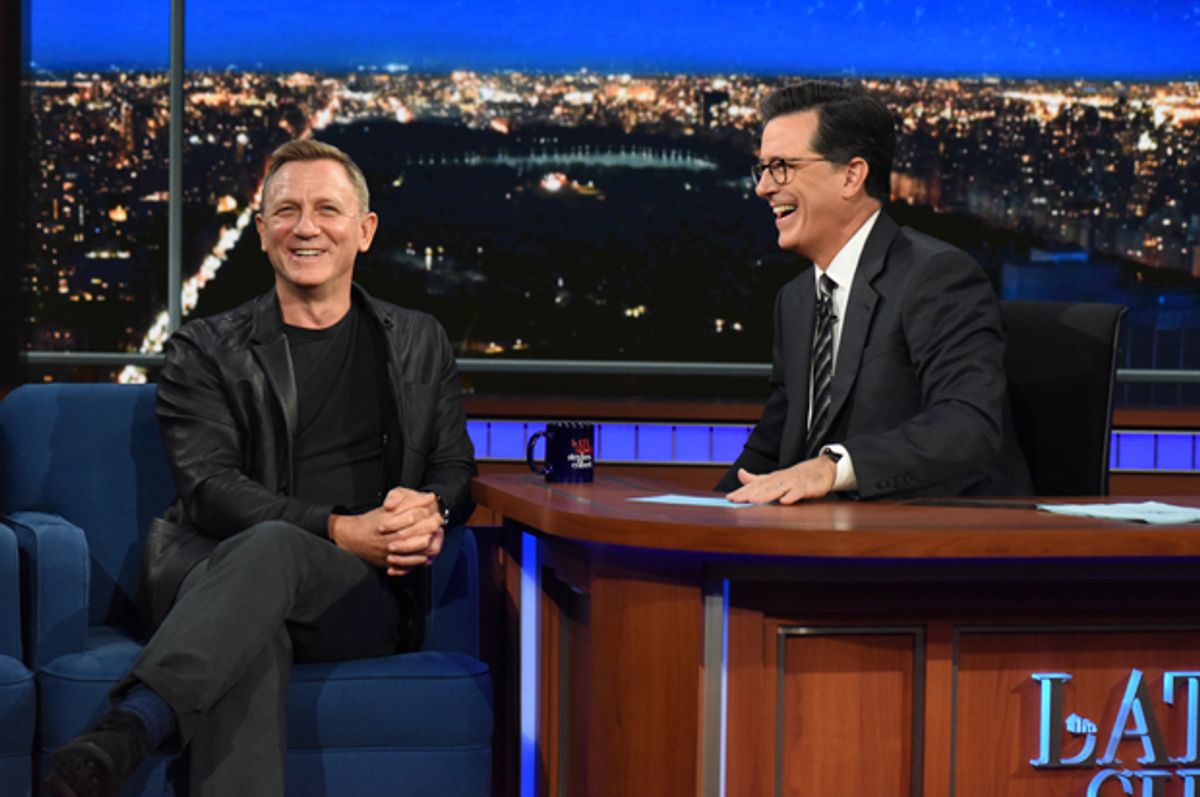 Daniel Craig may not want you to remember what he said in 2015. After all, that was the year when he forcefully disclaimed any interest in resuming the legendary role of British secret agent James Bond.

On Tuesday's episode of "The Late Show with Stephen Colbert," however, he told the world that he is going to play Bond one more time.

After breaking the news to Colbert (in contrast to his ambiguous response during a Boston radio program earlier in the day), Craig said that he had known of his decision for "a couple of months" and that "we've been discussing it, we've just been trying to figure things out. I always wanted to, I needed a break."

Craig added, "I just want to go out on a high note, and I can't wait." The actor's return to the role that made him a household name had been rumored for some time.

Unfortunately for Craig, his statements from 2015 make it a tad difficult to believe that he had "always wanted to" play Bond again. After expressing reluctance to return to the role in an interview with Esquire in September of that year, Craig told TimeOut London in October that "I’d rather break this glass and slash my wrists" than return to the roll." He elaborated that "I’m over it at the moment. We’re done. All I want to do is move on."

Later that month Craig told The Red Bulletin that "Let's not forget that he’s actually a misogynist. A lot of women are drawn to him chiefly because he embodies a certain kind of danger and never sticks around for too long."