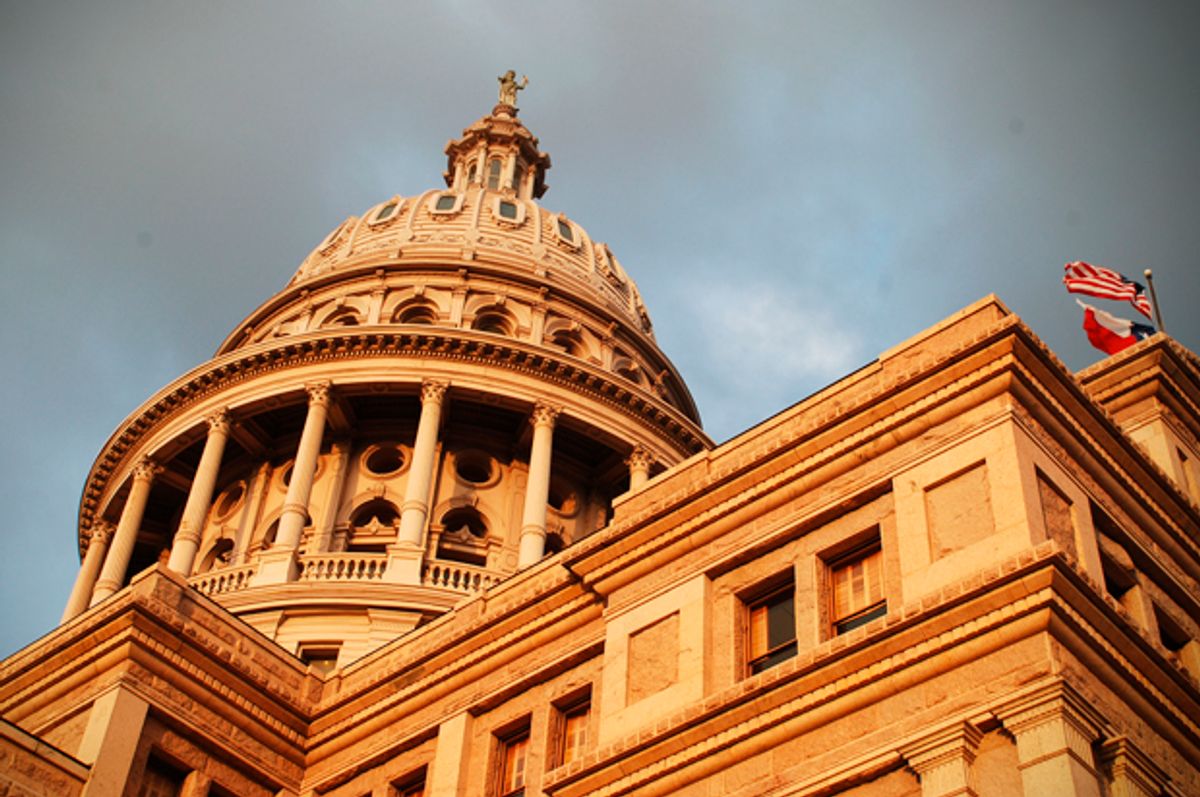 For years, Texas was one of several states with a history of disenfranchising minority voters that required federal oversight of its election laws. That ended in 2013 when the U.S. Supreme Court lifted the requirement saying the rights of minority voters nationwide had “dramatically improved.”

But as a San Antonio federal court ruled Tuesday, dramatic improvement doesn’t mean the problem of voter suppression, in Texas or elsewhere, has been resolved. The Texas Tribune reported that a three-judge panel invalidated two congressional districts it says have been gerrymandered to water down minority voters who were “intentionally deprived of their opportunity to elect a candidate of their choice.”

House district 35, currently represented by Democratic Rep. Lloyd Doggett, carves out chunks of San Antonio and Austin and connects them with an 80-mile long corridor along Interstate 35. The district is heavily Hispanic, and Republicans have been accused of packing as many Democrats as they can into the district to ensure adjoining districts remain Republican.

House District 27 covers much of the Texas Gulf Coast, Corpus Christi and Bastrop, 30 miles outside of Austin.

Currently representing the 27th is Rep. Blake Farenthold, a Trump-supporting Republican. Farenthold recently gained notoriety for saying that if Republican Sens. Susan Collins of Maine and Lisa Murkowski of Alaska were men, he would challenge them to a “Aaron-Burr style” duel for scuttling the Senate’s “skinny” repeal of the Affordable Care Act.

Tuesday’s ruling is the latest development in a six-year battle over way the state’s lawmakers have drawn up their electoral maps. “Intentional discrimination is a bad habit for the Texas Legislature,” Democratic state Rep. Rafael Anchia, chairman of the Mexican American Legislative Caucus, told the Tribune.

The state had argued that there was no intentional race-based gerrymandering because the boundaries had been drawn up by the court itself in 2011. The districts remained unchanged after the 2013 Supreme Court ruling freeing the state from federal oversight of its election laws. But the judges disagreed, saying that any problems with these districts should be fixed instead of allowing “the existing discrimination” to continue.

State Republicans want bring the case to the U.S. Supreme Court and let it decide if there was discriminatory intent in drawing up the districts. Lawmakers have not disputed that partisanship has played a role in the way the districts are drawn, but they dispute that race and ethnicity played a role.

Gerrymandering has become a hot topic in recent years as Democrats accuse Republican legislatures in key electoral states of rigging the system in their favor. The U.S. Supreme Court is expected to soon rule on a gerrymandering case in Wisconsin where Republicans won a majority of the state assembly seats despite Democrats winning the popular vote.

Judges have long tolerated a certain amount of partisan gerrymandering, in part because it can be difficult to determine without a doubt that a district has been drawn to favor one party over another. (That may soon change, thanks to the power of supercomputers.) But drawing up districts to concentrate or water down minority voters is clearly a violation of the Voters Right Act, and the high court may soon rule the partisan gerrymandering is unconstitutional.