"I think we may need an alt-president right now" 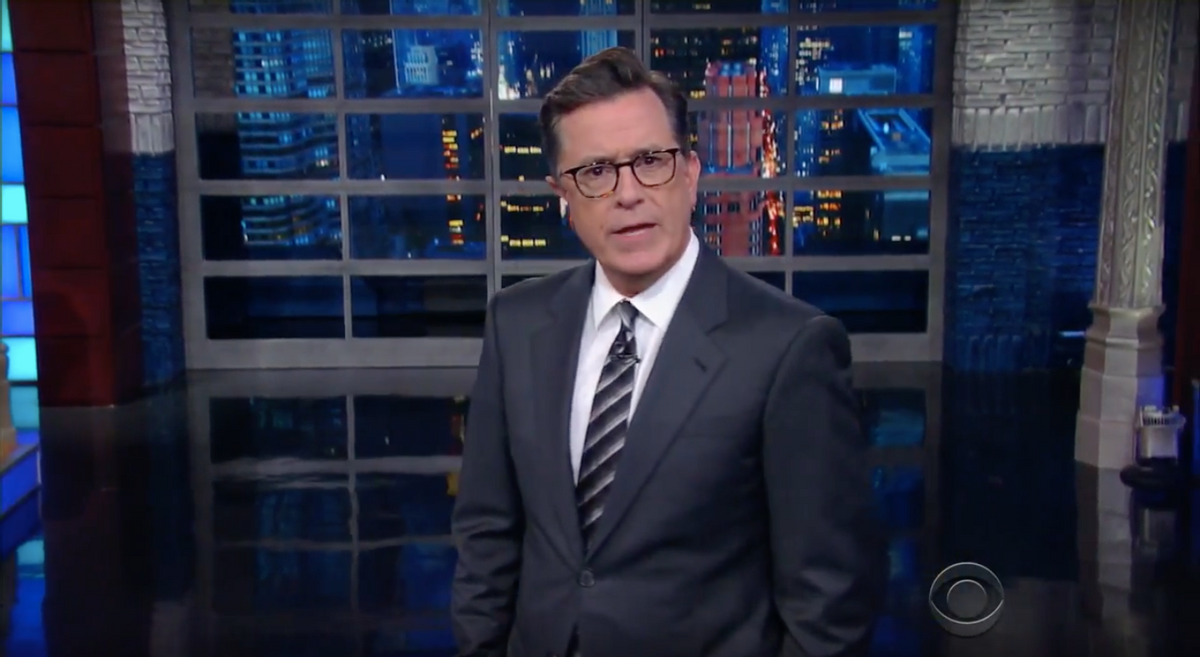 The late-night hosts each took a swipe at President Trump's unhinged press conference Tuesday afternoon, displaying their most sincere contempt yet for the commander in chief.

"He held a press conference today I believe in the 7th Circle of Hell," Stephen Colbert led off his monologue Tuesday night.

"The Late Show" host played clips from the presser, singling out the moments when Trump defended the white nationalists who showed up to protest the removal of a Confederate statue.

"Just your average, friendly, civic-minded, torch-wielding mob," Colbert sarcastically agreed with the president. "You know, probably holding the torches so that everyone could see them point out all the good people there. 'There’s one! There’s one over there. There’s a good guy. Look at that guy right there! He’s a good one.'"

"Yes, taking down a statue is totally changing history. Because the main way anybody learns about history is through statue-based study. That’s how we know that Abraham Lincoln was 20 feet tall and loved sitting down."

Colbert then showed off a card he made for the president to celebrate the press conference.

"That’s why I sent him this card: 'Happy Belated K-K-Kondemnation! I can’t believe we did Nazi you condemn them sooner.' Fresh ink. That’s fresh ink."

Jimmy Kimmel lamented how he and his writing team had to scratch so many good non-political related jokes Tuesday in order to properly respond to the president's press conference.

"It was like if your book club reading turned into a cock fight. It really was remarkable," Kimmel said.

"I don't know who decided it would be a good idea to send him in front of reporters today. But whoever did obviously misread his state of mind and the mood of this country right now," he added.

Kimmel called Trump "completely unhinged" and said that "the wheels are off the wagon and hurtling towards the moon right now."

After playing a snippet of the press conference for his audience, Kimmel concluded, "I think we may need an alt-president right now."

Seth Meyers, host of "Late Night," could only describe the press conference as "clinically insane."

"You know list of side-effects at the end of a pharmaceutical ad, he clearly has all of them," Meyers said.