After Charlottesville, Spotify is pulling white supremacist music from its platform 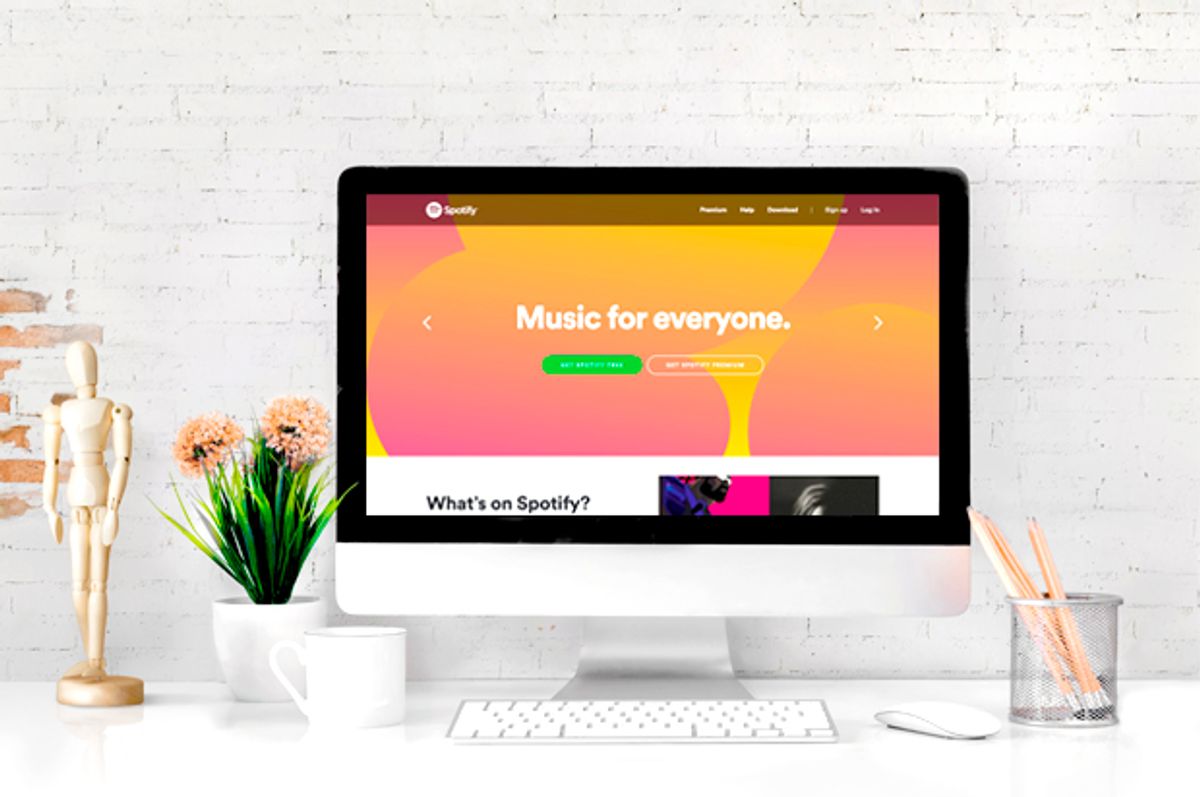 The music streaming service Spotify has removed a number of white supremacist bands from its platform, while many others are currently under review.

After Digital Music News published a story on Monday about 37 white supremacist bands that could be found on their site, Spotify responded by saying that they act as soon as they are made aware of the presence of a group on their site "that favors hatred or incites violence against race, religion, sexuality."

Some of the 37 bands currently identified by Digital Music News as white supremacists have been removed. Others are currently under review by Spotify include the bands Blood Red Eagle, Freikorps, Skinfull and Skull Head.

Spotify isn't the only online giant to be taking a stronger stand against white supremacism in the aftermath of the Charlottesville riots. The infamous neo-Nazi website The Daily Stormer has already been kicked off of GoDaddy, Google and the Russian internet. Regarding the Russian internet, a spokesman on Wednesday said that "the Daily Stormer website promotes neo-Nazi ideology, incites racial, national and other types of social discord."

The director of GoDaddy's digital crimes unit, Ben Butler, told USA Today that "GoDaddy does not condone content that advocates expressions of hate, racism, bigotry. However, we generally do not take action on complaints that would constitute censorship of content and that represents the exercise of freedom of speech and expression on the Internet." Butler added that The Daily Stormer was taken down because its recent articles had crossed the line into encouraging violence.

While white-supremacist supporters may rankle at these moves and cite them as violations of The First Amendment of The Constitution, that right to free speech only applies to government censorship, not speech restriction by private businesses such as Spotify, GoDaddy and the like.

While it's laudable that Spotify and others have started to act against hate speech, it raises serious questions about their previous inaction. White supremacist speech has always promoted violence and hateful positions. Nothing that happened last weekend changed that. Moreover, the Southern Poverty Law Center identified many of the artists now being removed by Spotify as associated with hate groups as far back as 2014.