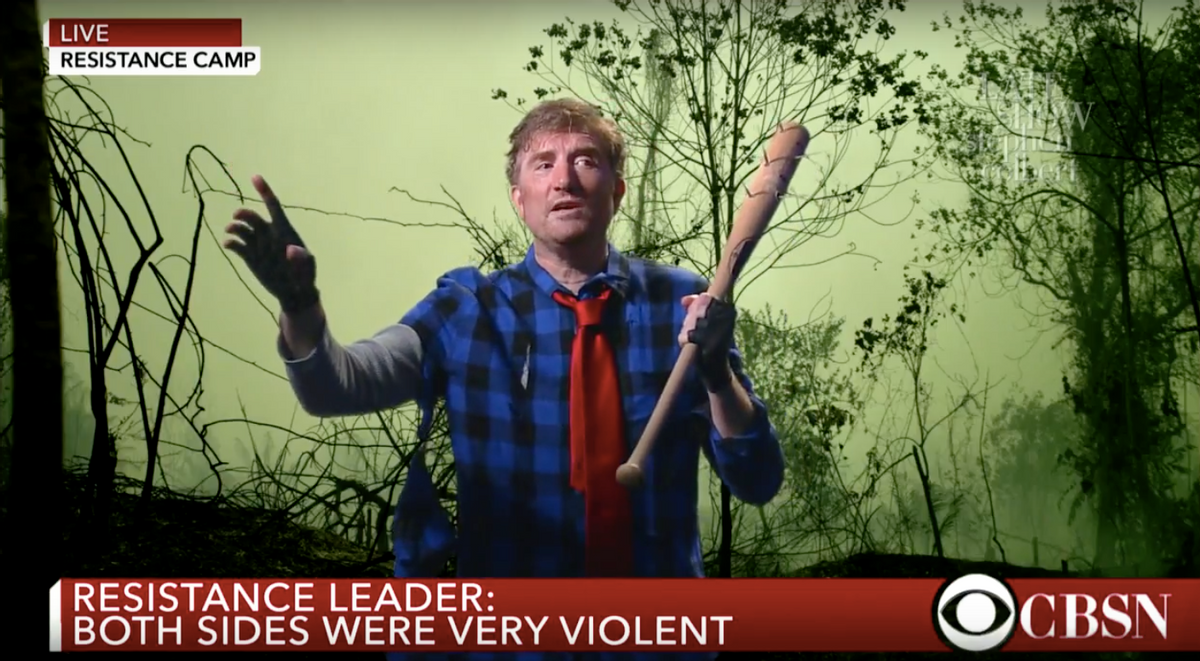 President Trump's stance on the Charlottesville protests, that "both sides" were responsible for the violence and that there were "fine people" marching with the neo-Nazis, may be the most absurd viewpoint of anyone who has ever held the Oval Office.

On Wednesday "The Late Show with Stephen Colbert" perfectly crystallized just how surreal Trump's position is on the issue.

"The Late Show" re-enacted Trump's Tuesday press conference on the Charlottesville protests, but approached it from a different angle. The late-night show imagined what the leader of the human resistance would sound like during the zombie apocalypse if he tried to rationalize and defend the zombies trying to eliminate his species.

"As leader of the human resistance, I've been asked to make a statement about the zombie apocalypse," the human resistance leader said in the skit. "I know many of you have lost loved ones to the flesh eating hordes. And nobody wants to say this, but I will say it right now: Not all zombies are bad."

"They were simply there because they have risen from the dead and have an insatiable desire to eat our brain meat," he added. "But they were met with a group of humans on the other side who came charging in with clubs, without a permit mind you, and they were very, very violent."

Trump isn't just taking the wrong side by justifying the behavior of some of the white nationalists in Charlottesville. He is offering his support for a group of people who intend on destroying modern America.