As Donald Trump continues to enmesh himself in one controversy after another, MSNBC is experiencing record ratings 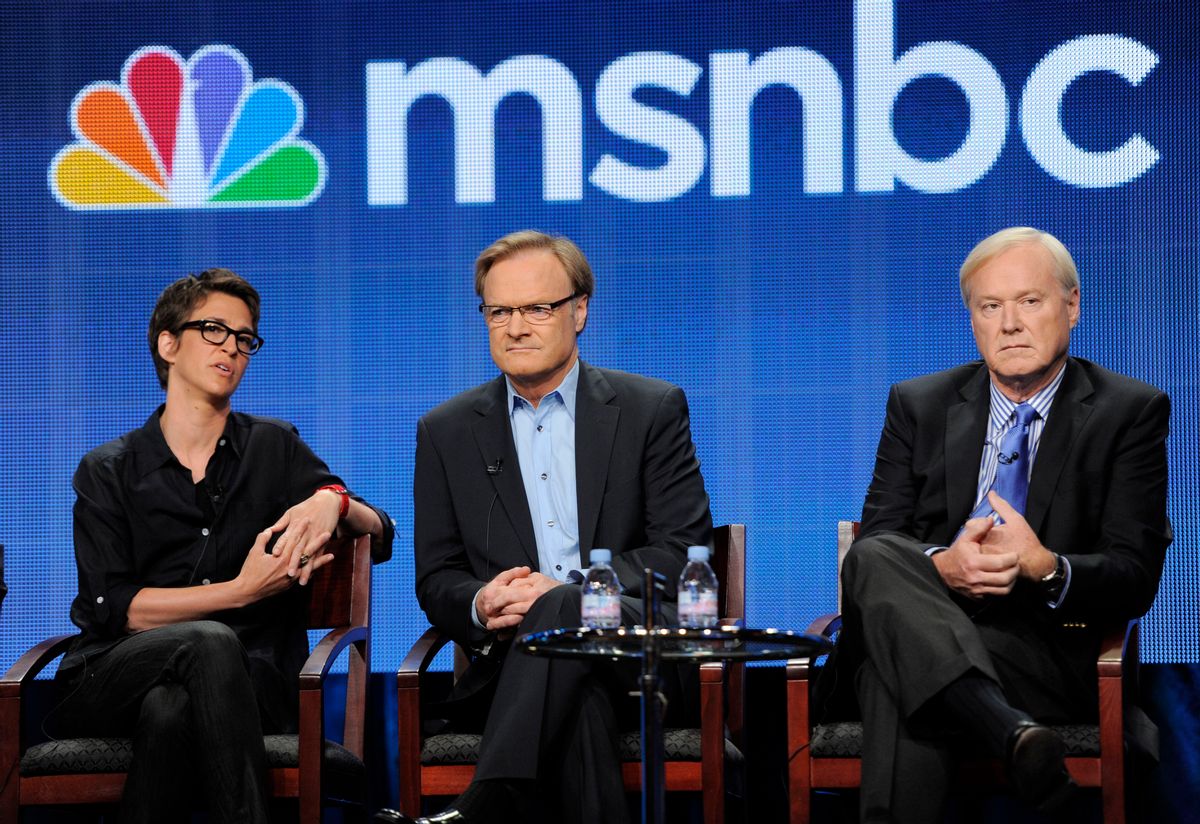 While Democrats are not fans of having Donald Trump in the White House, his tenure as president has unquestionably been good for at least one left-leaning institution, MSNBC.

On Wednesday, ratings data revealed that the news and commentary channel was the most-watched network across all of basic cable for the first time in its history.

According to Nielsen Media Research, MSNBC was the top cable channel across the entire day and also in prime-time. Averaging 1.52 million total viewers from 6 a.m. to 2 a.m., the left-leaning network edged just past Fox News' 1.5 million average. In primetime, MSNBC's edge was greater as it averaged 2.61 million viewers compared to its right-leaning rival's 2.4 million. CNN didn't do as well among total viewers but among the key 25-54 demographic, it had the most viewers on Wednesday.

The ratings bump that MSNBC has seen fits a general media trend that news outlets that are perceived to be in opposition to the current White House occupant always experience stronger growth than media sources thought to be friendly to the president.

MSNBC viewers seem to be reconciling with the channel after some had raised concerns that its new corporate management had begun trying to steer it away from its liberal position. Fans of Lawrence O'Donnell were particularly concerned after network officials dragged out contract negotiations with him. He ultimately did sign a new deal.

Despite MSNBC's Wednesday surge, however, Fox News has returned to the top of the cable news heap, when one looks at the longer-term data. For the week beginning Aug. 7, Fox News was the most-watched cable channel across the entire day as well as in primetime, according to Nielsen data released by AdWeek's TVNewswer blog. In total day viewership, Fox News has been the top-ranked cable channel on a weekly basis for the past 32 weeks. It has been number one in primetime for 12 consecutive weeks.