"No good Nazis": James Murdoch is standing up to Trump

The CEO of 21st Century Fox rips Trump over Charlottesville, donates $1 million to the Anti-Defamation League 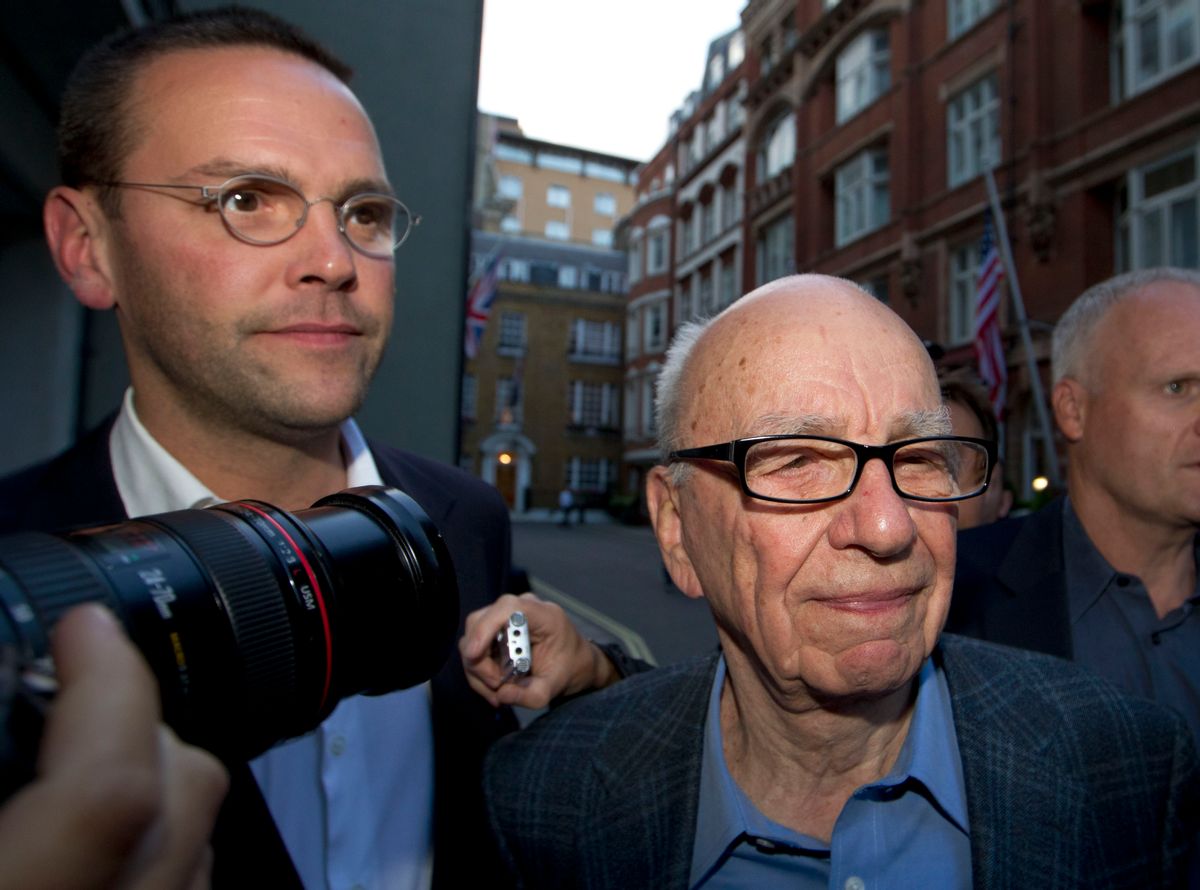 James Murdoch isn't just the CEO of 21st Century Fox, a company that by extension owns the conservative news network (and perennial favorite of President Donald Trump) Fox News. He is also the son of Rupert Murdoch, who has served as an informal adviser to the president for years. These facts make his scathing letter about Trump's defense of the Charlottesville white nationalist protesters all the more damning.

In a recent email letter to friends, Murdoch wrote that Trump's comments defending the white nationalist protesters "concern all of us as Americans and free people." After condemning the hate protesters at that rally, Murdoch added that "I can’t even believe I have to write this: standing up to Nazis is essential; there are no good Nazis. Or Klansmen, or terrorists. Democrats, Republicans, and others must all agree on this, and it compromises nothing for them to do so."

Murdoch goes on to celebrate diversity at his business empire and concludes by saying that "Kathryn and I are donating 1 million dollars to the Anti-Defamation League, and I encourage you to give what you think is right as well. We hardly ever talk about our charitable giving, but in this case I wanted to tell you and encourage you to be generous too."

The Fox CEO isn't the first major business leader to condemn Trump, not by a long shot. After Merck CEO Kenneth Frazier stepped down from Trump's American Manufacturing Council for failing to denounce the racist protests at Charlottesville, other CEOs began to bail on Trump's business councils. Soon the advisory boards were dissolved completely — a major blow to a president who has presented himself as an advocate of the business community and a man who solicits their advice.