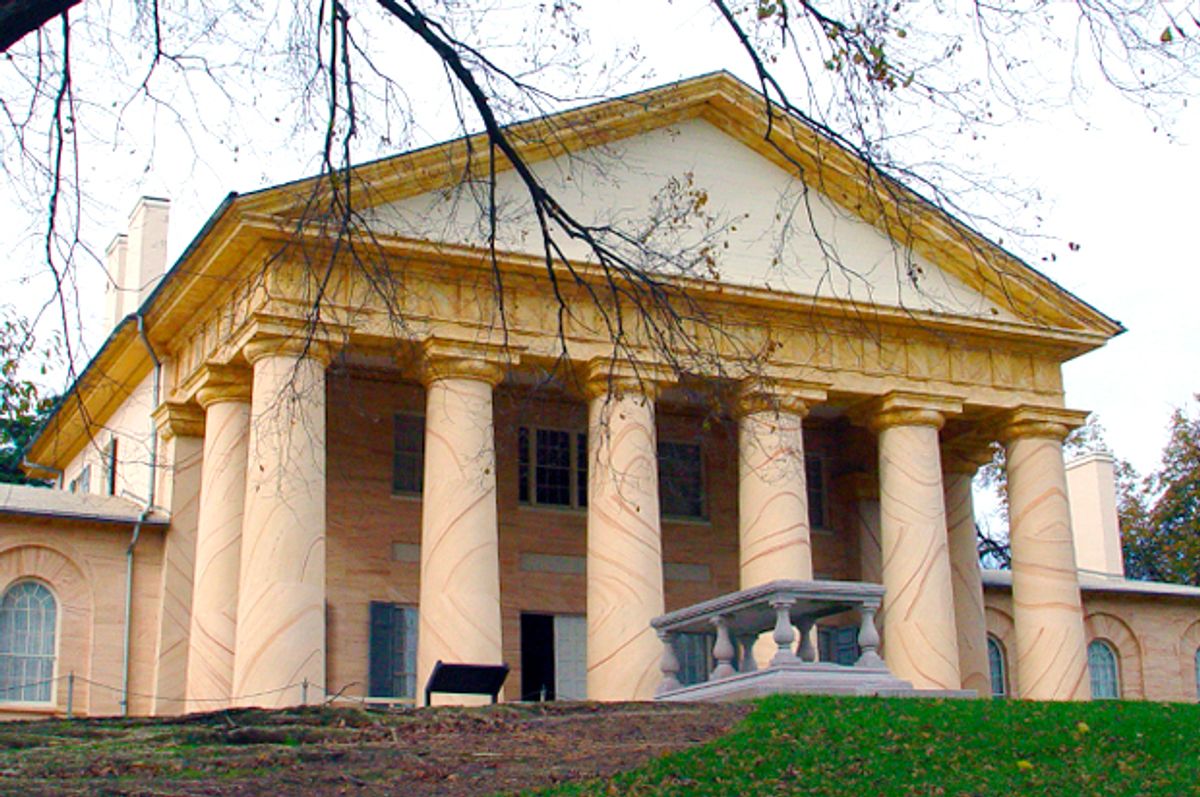 The National Park Service swiftly changed the description of "Arlington House, the Robert E. Lee Memorial" in Virginia, as first reported by the Atlantic.

The memorial, which is now run by the National Park Service as a museum, was the home of Confederate General Robert E. Lee before the Civil War, and is now part of the grounds of Arlington Cemetery, this nation's most hallowed ground.

Before August 14, the Park Service described the memorial to honor Lee, and made no mention of the oppression he was fighting for. An archival cache of the website's previous description of the memorial obtained by the Atlantic, says:

The Robert E. Lee Memorial honors Lee's military and public leadership in pre- and post-Civil War America. Congress designated the memorial to recognize that “the desire and hope of Robert E. Lee for peace and unity within our Nation has come to pass.” From the portico you can contemplate our nation's fate as you gaze across the river that once divided us.

Then, in a change recognizable only by a notation at the bottom of the page, the description was updated on August 14 to include the "most difficult aspects of American history." Just two days after the deadly riots. The Parks Service description now reads:

Arlington House is the nation’s memorial to Robert E. Lee. It honors him for specific reasons, including his role in promoting peace and reunion after the Civil War. In a larger sense it exists as a place of study and contemplation of the meaning of some of the most difficult aspects of American History: military service; sacrifice; citizenship; duty; loyalty; slavery and freedom.

"It is our mission to provide historical context that reflects a fuller view of past events and the values under which they occurred, and the update was made in that spirit," the Park Service said. "The National Park Service is committed to sharing our nation’s history inclusively and holistically, and we have elicited scholars’ advice on how to present, more completely, the experience of those who were enslaved at Arlington House. Their stories will be prominently featured when the rehabilitation of the house, slave quarters, gardens, and exhibits is complete."

In a joint resolution, Congress declared the Arlington House a national memorial in 1955 to celebrate the 90th anniversary of Lee's surrender at Appomattox, describing the day as "the cessation of hostilities between our States."

Arlington House was the ancestral home of Lee's wife, Mary Anna Custis Lee. Built by her father, author and Washington society power player George Washington Parke Custis, in the late 18th Century. During the Civil War, federal authorities seized the house and land around it as part of a tax campaign designed to fine Americans involved in the rebellion against the Union. Subsequently, it became a burial ground for Union dead and, shortly after, the official central military cemetery of the United States.