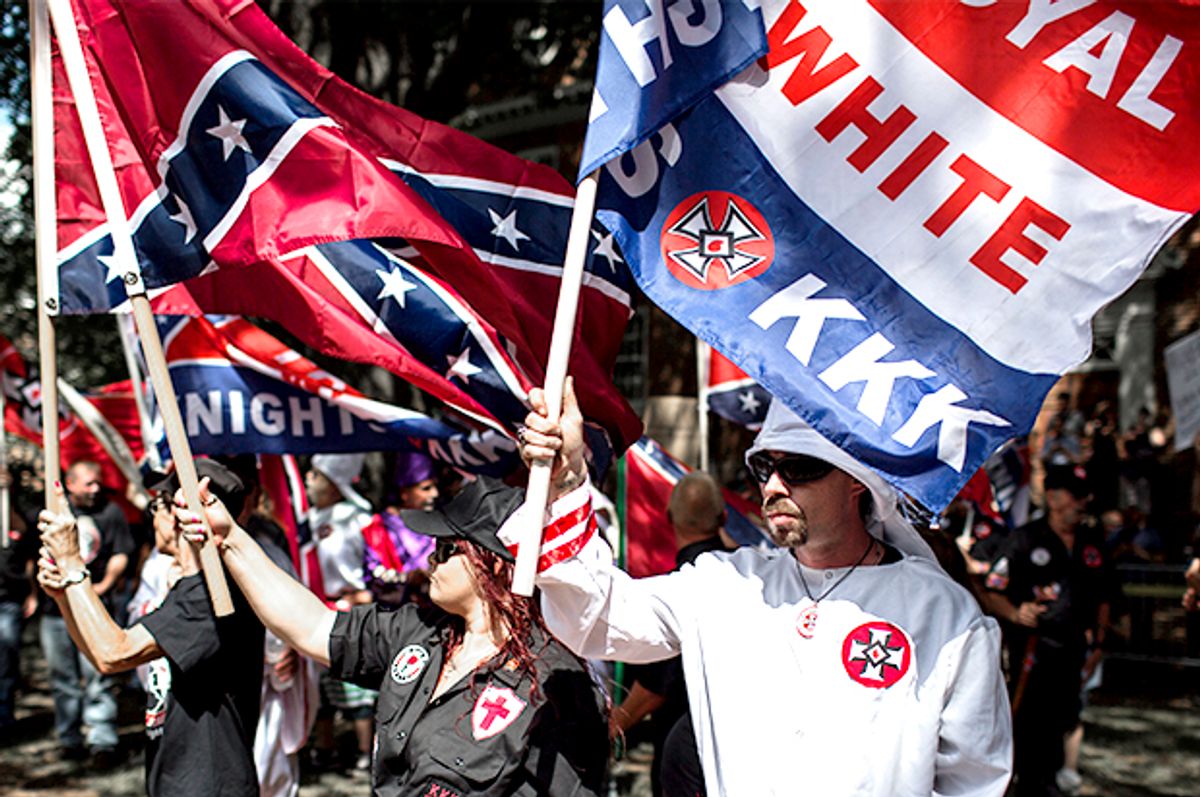 Chanting anti-fascist slogans amid a festive atmosphere Friday afternoon, hundreds of protesters convened on the streets of downtown Durham, North Carolina, preparing for a possible march by KKK members.

Local officials shut down several streets in the area, including the one in front of the city’s old courthouse where anti-hate protesters toppled a Confederate statue on Monday leading to the arrest of eight people.

As of Friday afternoon, no hate group members were seen in the area, but the issue underscores the tense situation in the country sparked by last weekend’s bloody “United the Right” rally in Charlottesville, Virginia.

More demonstrations by far-right hate groups have reportedly been planned for this weekend in different cities, including New York, putting anti-hate demonstrators as well as local police at the ready. It’s unclear how many, if any, of the events are going to take place.

“The Sheriff’s Office is thoroughly researching the potential of several groups with opposing viewpoints holding demonstrations in Durham,” Sheriff Mike Andrews said in a statement carried by the local Winston-Salem Journal. “This is partly why the Sheriff’s Office continues to remind demonstrators to first obtain a permit and most importantly, abide by the law. I expect demonstrators to conduct themselves in such a manner that is legal and respectful of the Durham County community. Again, I call upon city and county leaders to establish rules for demonstrators.”

Rumors the Klan was planning a noontime demonstration in front of the courthouse had law enforcement bracing for a possible repeat of last weekend’s violence.  In Virginia, some protesters on both sides assaulted each other, but one person was killed and 19 injured in a car attack by a Nazi sympathizer that officials called an act of domestic terrorism.

Durham County Sheriff Mike Andrews said he was not aware of any permits that have been issued on Friday, WRAL reported, but rumors were whirling on social media that the Klan might be planning to show up later in the day. By 2 p.m., however, the crowd began to disperse after an organizer said “the KKK has backed off.”