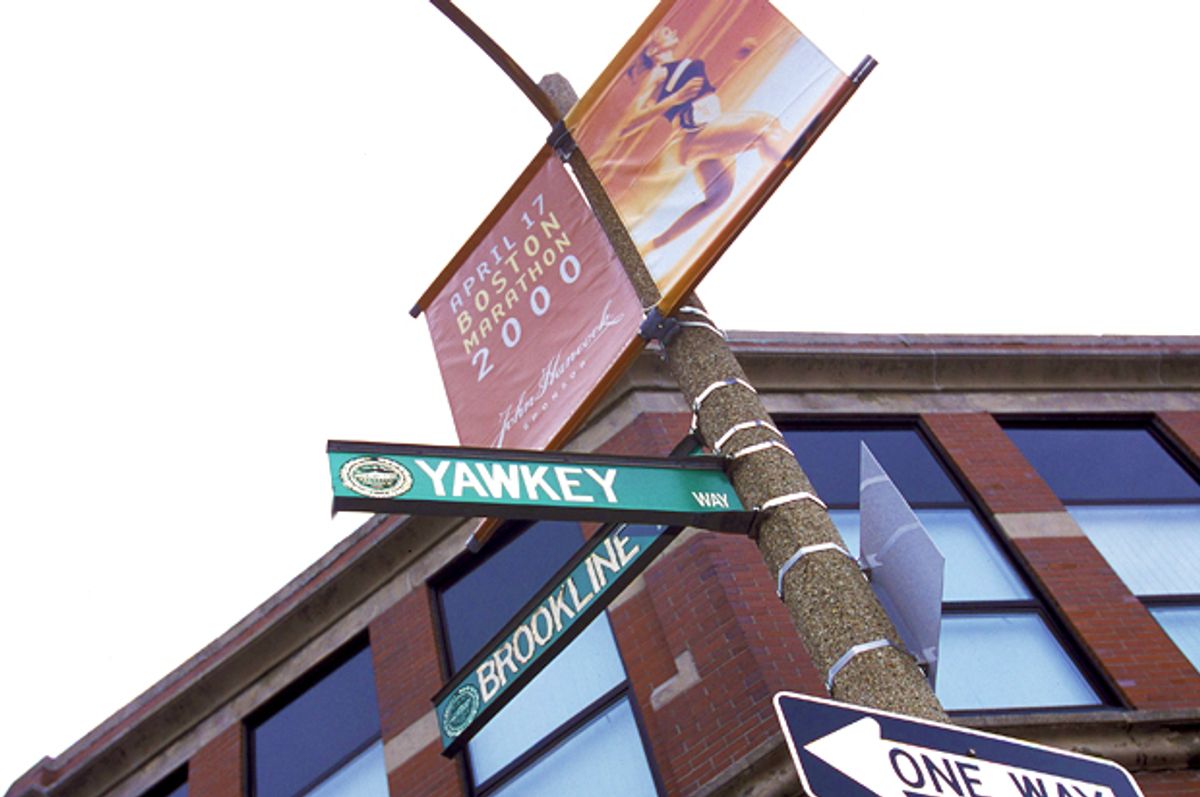 Red Sox owner John Henry will seek to change the name of Yawkey Way, the storied street alongside Fenway Park. The street gets its name from legendary team owner Tom Yawkey.

Yawkey, for all his local popularity, kept the Red Sox roster all-white well past Jackie Robinson's groundbreaking 1947 arrival in Major League Baseball. As the country continues to reel from the violence in Charlottesville, violence that has accelerated the removal of some Confederate monuments, many see it as a good time to rename Yawkey Way, a visual reminder that America's racist history is by no means confined to the South.

Yawkey owned the Red Sox from 1933 until his death in 1976. Yawkey Way, formerly an extension of Jersey Street, was renamed in his honor the following year. Notably, Yawkey refused to integrate the team until 12 years after Jackie Robinson became a Dodger, and even after Willie O’Ree became the first black Bruin. Current owner Henry told the Boston Herald that he feels "haunted" by Yawkey's racist legacy.

"It’s a continuation of John’s strong feelings about tolerance and inclusion and making sure that everyone in Boston and New England feels welcome at Fenway Park,” Red Sox president Sam Kennedy told The Associated Press. “This is just the beginning of a process that will involve the community."

But changing Fenway Park's address will not absolve the Boston Red Sox of its race problems. This May, crowd members taunted Orioles player Adam Jones with repeated racial epithets when his team faced the Red Sox in Boston. Jones also claimed that someone hurled a bag of peanuts at him, describing the game as one of the worst experiences of his career. That same week, a fan was banned for life from Fenway Park for using a racial slur to describe the singer of the National Anthem.

If Henry had it his way, he would rename Yawky Way in honor beloved Red Sox slugger David Ortiz. Already, an extension of Yawky Way is named David Ortiz Drive in honor of the Dominican-born odds-on future Hall of Famer.

Henry admits that he is not in full control here as the other property owners on the street would need to agree to petition the city. "The Red Sox don’t control the naming or renaming of streets," Henry said. "But for me, personally, the street name has always been a consistent reminder that it is our job to ensure the Red Sox are not just multi-cultural, but stand for as many of the right things in our community as we can — particularly in our African-American community and in the Dominican community that has embraced us so fully."

Henry told The Herald that he's sought the name change before, but the "previous mayoral administration . . . did not want to open what they saw as a can of worms." A spokesperson for Boston Mayor Marty Walsh has said that the mayor is "supportive of this change."

The Boston NAACP also supports renaming. "Although in some respects some people might say this is 'symbolic' or 'this is simply a street,' I don’t take this step lightly," Tanisha Sullivan, president of the Boston NAACP, told the Herald. "I do believe it serves as a turning point for us if we take it as an opportunity that changes the conversation."