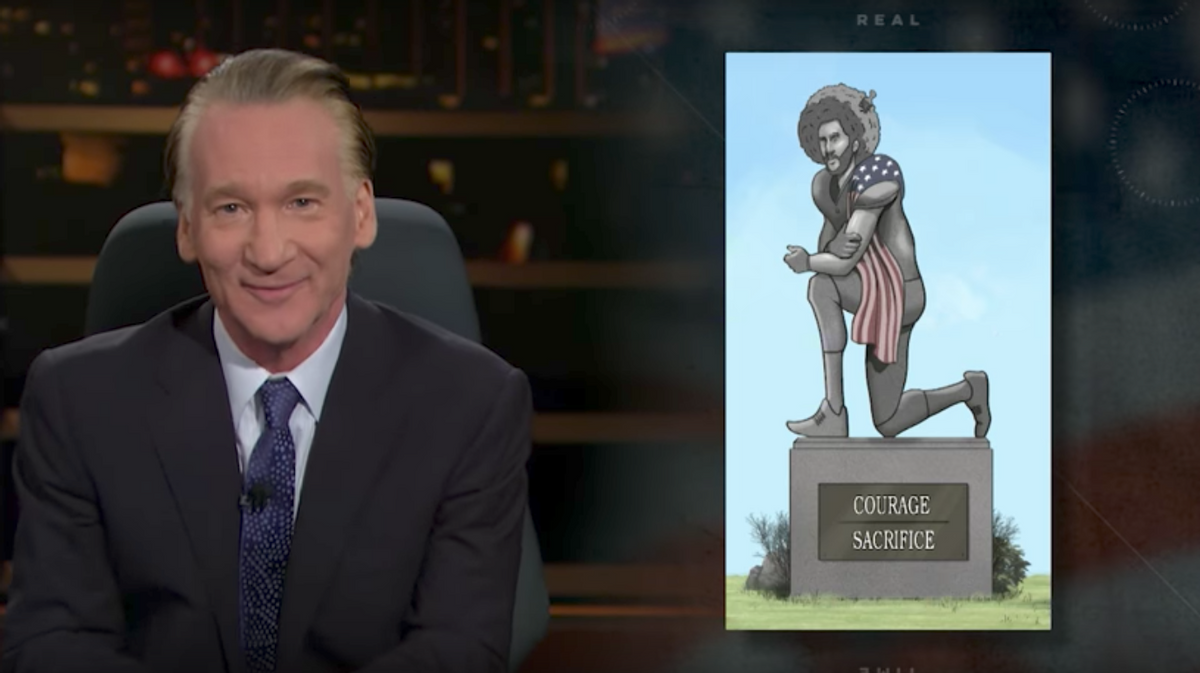 HBO “Real Time” host Bill Maher used his show Friday night to chart out a (comedic) course forward in the heated debate over the removal of Confederate memorials across the country. Following the violence that was seen at a white supremacist rally Charlottesville, Virginia last weekend, there's been a renewed scrutiny on the lasting symbols of the Confederacy.

"I don’t know how many people are out there like this,” Maher said of the neo-Nazis and white supremacists who gathered to protest the removal of a Confederate statue, but he argued, too many stand silently in support as the memorials stoke hate and fear directed towards their neighbors.

"What happened to Southern hospitality," Maher asked his panel. "Just the idea that, 'Well, if this offends some people I won't do it.'" Instead, Maher noted, "it seems that the people who walk past these statues every day never ask themselves a simple question: "What does this mean to other people?"

Offering a few example monuments that could replace memorials to Confederate leaders like Robert E. Lee and Stonewall Jackson, Maher joked that he wanted to show these “heritage people what it would be like if you had to walk by a statue you didn’t like every day."

First up: Colin Kaepernick taking a knee during the national anthem.

As if the thought of a giant tribute to the former San Francisco 49ers quarterback wasn’t offensive enough, Maher suggested a statute that is certain to offend the religious sensibilities of conservatives in the South.

“The Evolution of Jesus would probably piss [them] off,” Maher joked.

The War on Christmas memorial, modeled after the Marine Corps War Memorial in Washington D.C., depicted the pulling down of a Christmas tree instead of the raising of the U.S. flag at Iwo Jima.

Watch the full line-up of offensive liberal statues below: