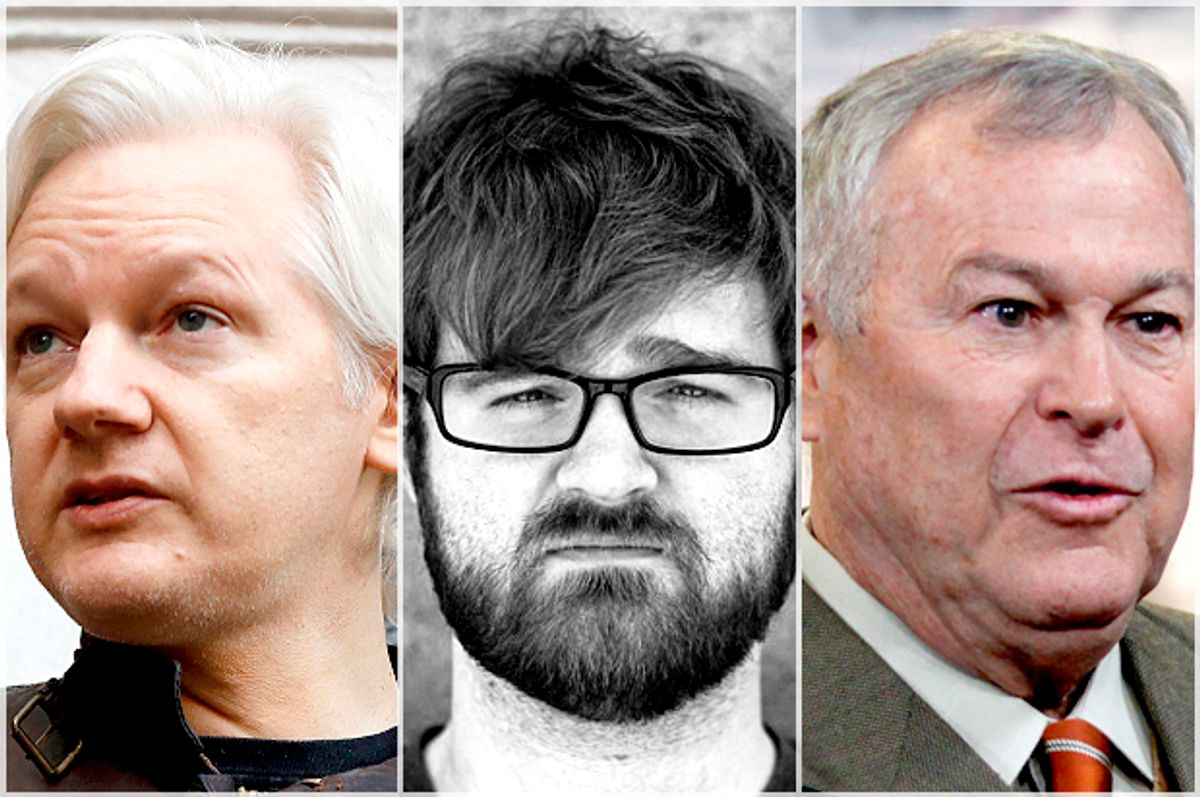 Just to be clear, I am an advocate of political and corporate transparency. So too, I would imagine, are many of Julian Assange's supporters.

Do you know who doesn't support transparency, though? Julian Assange.

Sure, he supports transparency for specific groups when doing so fits with his personal ideological agenda — the Democratic National Committee, the American military-industrial complex, etc. But a true advocate of transparency believes that all powerful institutions should be held accountable.

As a new report reveals, consistency just isn't Assange's bag. The most likely explanation for this (aside from his right-wing biases) is that he seems to be a tool of the Russian government. According to a new report by Foreign Policy, Assange refused to publish at least 68 gigabytes of data with documents that contained damning information about the Russian government. This decision occurred in the summer of 2016, around the same time that Assange was publishing Democratic National Committee emails to damage Hillary Clinton's campaign — emails which are believed to have been obtained by a Russian hack (a story by The Nation attempts to cast doubt on that but is currently under review by the publication's editors).

According to partial chat logs reviewed by Foreign Policy, WikiLeaks came up with a number of excuses for not publishing the documents. Initially, they claimed that the documents were already public, even though the data that had been previously published (all the way back in 2014) was less than half of what was presented to Assange two years later. Later, WikiLeaks told the source that they wouldn't publish the documents because they wanted to focus on the 2016 presidential election (i.e., destroying Hillary Clinton).

"Is there an election angle? We’re not doing anything until after the election unless its [sic] fast or election related. We don’t have the resources," WikiLeaks wrote, adding that doing so would be "diversionary."

WikiLeaks confirmed this in a direct message on Twitter to Foreign Policy, writing that "WikiLeaks schedules publications to maximize readership and reader engagement. During distracting media events such as the Olympics or a high profile election, unrelated publications are sometimes delayed until the distraction passes but never are rejected for this reason."

As the source of the messages told Foreign Policy, "Many Wikileaks staff and volunteers or their families suffered at the hands of Russian corruption and cruelty, we were sure Wikileaks would release it. Assange gave excuse after excuse."

More recently, Assange made his alliance with Russia's totalitarian regime crystal clear by meeting on Wednesday with Republican Rep. Dana Rohrabacher of California. Rohrabacher, you may recall, has earned the nickname "Putin's favorite congressman" due to his bizarre fixation with and support of the Russian authoritarian regime. In case you think this story is all about Russia, take a look at the other person who attended the Assange-Rohrabacher meeting: Charles C. Johnson, a notorious white supremacist, who claims he helped arrange the meeting. Johnson was banned from Twitter for encouraging his supporters for help in "taking out" a civil rights activist.

This isn't the first time that Assange has opposed leaks which embarrass Russia. Back in 2014, when the Panama Papers exposed widespread corruption among the Russian elite, Assange denounced those leaks as an American plot (without evidence). Nor is Assange's apparent connection with a virulent racist his only association with the far right. He has also favorably retweeted posts from alt right pundit and discredited journalist Mike Cernovich, expressed support for alt right darling and fired Google engineer James Damore and, as far back as 2013, endorsed a slate of far right political parties in Australian elections.

And, of course, one must not forget that Assange has repeatedly demonstrated that misogyny is one of the main ideological fuels that drives his various crusades. This fact has been evident for years — primarily in the fact that Assange is accused of raping two women, which he blames on feminism, and only avoided accountability by running out the clock — but most recently became clear in the documentary "Risk."

I am certain that I will receive numerous angry emails and comments from Assange fanboys insisting that, by virtue of criticizing their dear leader, I must be opposed to the goal of transparency. To this, I simply respond that — unless those supporters are also sympathetic to the alt right and/or Putin's Russia (which is essentially fascist itself) — they need to seriously reevaluate their hero worship for the man.

Transparency is a noble and vital cause. Assange is, to put it generously, a severely compromised individual, one whose moral and ideological shortcomings make it impossible for people of good will and genuine intellectual detachment to support him.

The latest revelations from Foreign Policy, as well as his meeting with Putin's favorite congressman and his white supremacist ally, only reinforce that point.