With Steve Bannon out, will Sebastian Gorka be next? 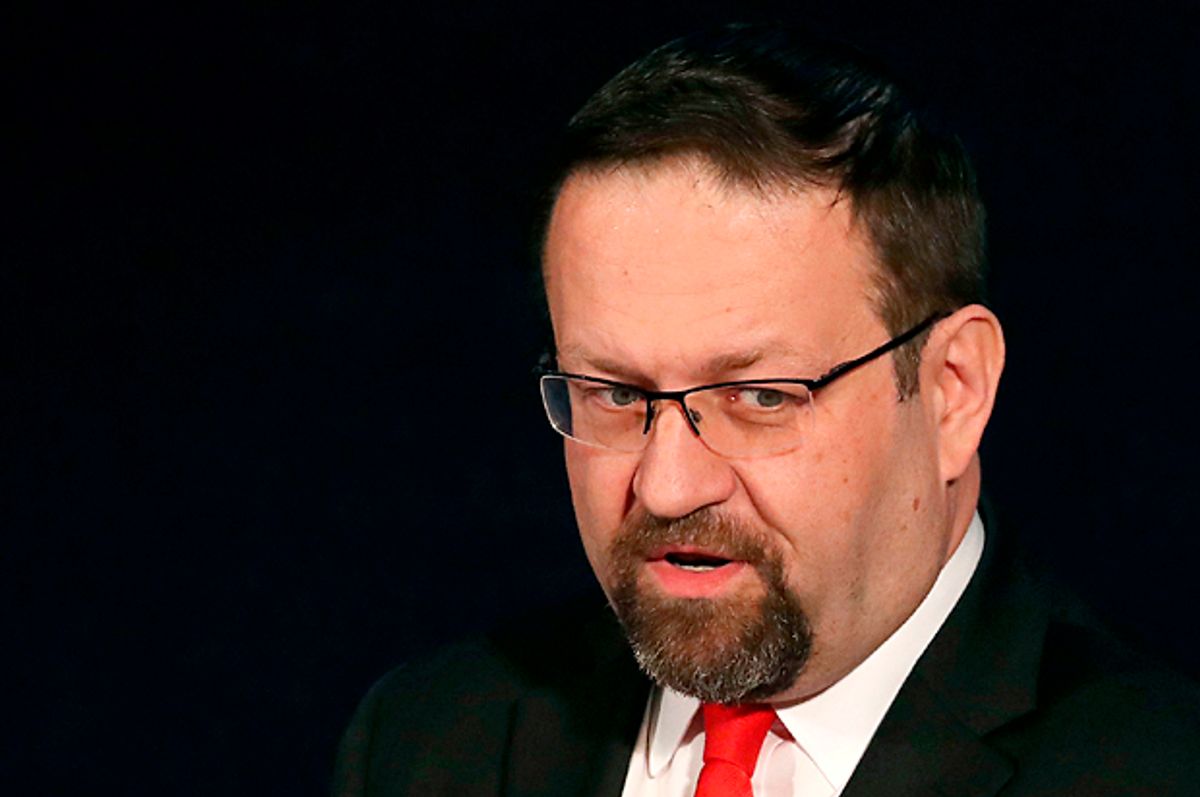 Bloomberg News reported Friday that Gorka's position as a counter-terrorism adviser may be in jeopardy, according to two anonymous White House officials. The Washington Post made a similar claim but also included Bannon's aide, Julia Hahn. Gorka's job is under scrutiny by Trump's new chief of staff John Kelly. According to The Daily Beast's Asawin Suebsaeng, Kelly has been "displeased" at some of Gorka's recent bombastic interviews, including one in which he claimed that a white nationalist attack on a Minnesota mosque might have been a "fake hate crime."

Born in Hungary, Gorka has attracted controversy for supporting a far-right political parties in his native land. In a 2007 interview, Gorka defended a paramilitary group that used logos of a defunct fascist party hat had ruled Hungary during World War II. He has also become known for his strongly anti-Muslim views, which his critics have charged are a cover for his lack of expertise in policy.

"Gorka knows virtually nothing," Mia Bloom, a professor at Georgia State who studies terrorism told Rolling Stone last week. "His views are a mixture of Islamophobia and racism."

This is not the first time that Gorka has been rumored to be on the way out of the Trump administration. In May, several news outlets said that Gorka had been unable to obtain the security clearance required for a White House job due to an arrest on a weapons charge in 2016. Because of that difficulty, some publications claimed that Gorka would be moved out of the White House. It is unknown if the interim clearance that Gorka was allegedly given will be renewed with his key ally Bannon gone from the administration.

According to Rolling Stone, Gorka's federal employment was saved because White House officials were unable to find a position for him at a government agency.

"The White House tried to find him a job at another agency," the magazine quoted an anonymous source as saying. "Nobody wanted him."