Gerrymandering is ruining our democracy. Will television news ever care? 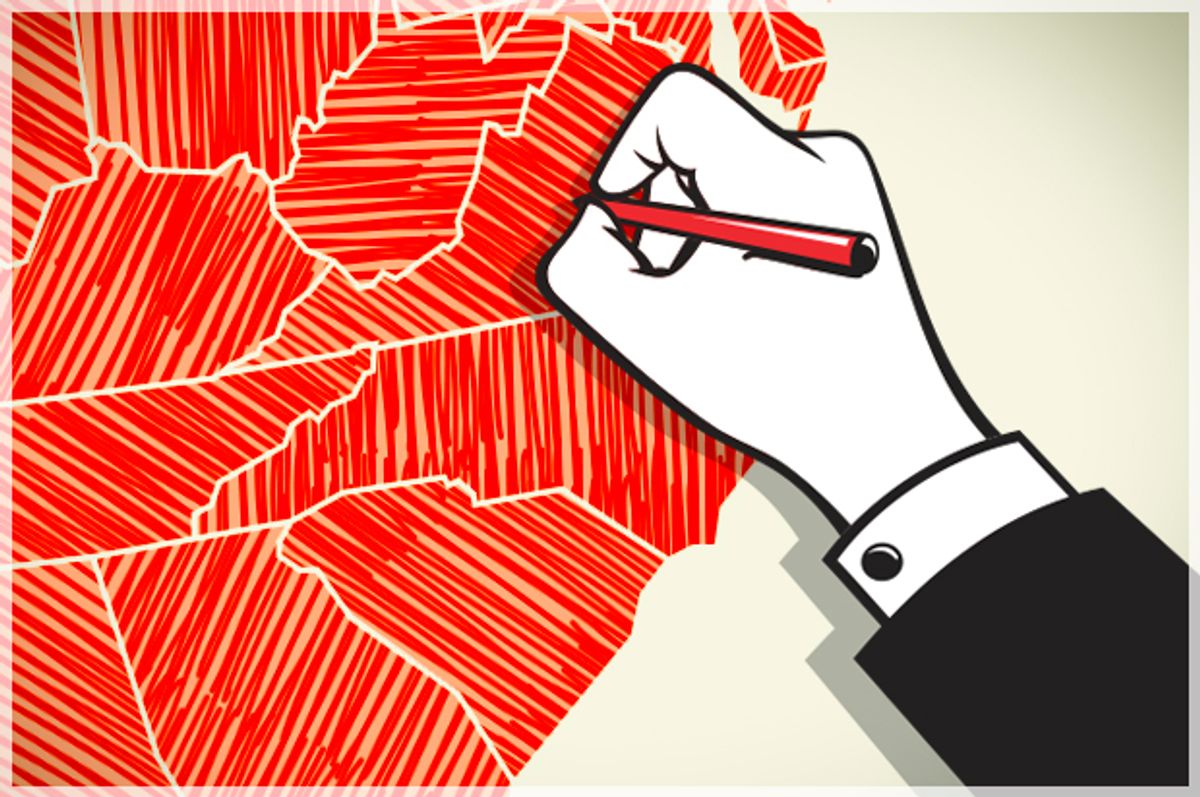 Broadcast and cable news’ reluctance to talk about gerrymandering, let alone address the outsized impact it has in state and federal elections, has allowed American democracy to quietly become less representative. As movements build behind redistricting reform, the question remains: Will TV news ever care about gerrymandering?

A yearlong Media Matters study found that cable news shows brought up gerrymandering in only five segments between July 1, 2016, and June 30, 2017. During that same time period, broadcast morning news programs and nightly newscasts didn’t discuss gerrymandering at all. And this isn’t a new trend; for years, media have shown a reluctance to discuss gerrymandering and redistricting. Given the outsized influence partisan and racial gerrymandering has on American democracy, these issues deserve more coverage.

Partisan gerrymandering is not exactly new, but since 2010, Republicans have taken it to a new level. The Associated Press (AP) found that in the 2016 election, gerrymandering helped create the conditions that led to “four times as many states with Republican-skewed state House or Assembly districts than Democratic ones.” Additionally, “among the two dozen most populated states that determine the vast majority of Congress, there were nearly three times as many with Republican-tilted U.S. House districts.” As University of Chicago law professor Geoffrey Stone wrote for HuffPost, “Although partisan gerrymandering has been with us from the beginning, it is now worse than ever, because computer modeling enables legislators to design districts that almost precisely maximize their political advantage.”

Racial gerrymandering — which involves "spreading minorities across voting districts, leaving them too few in number in any given district to elect their preferred candidates," or "concentrating the minority vote in certain districts" — has also helped Republicans hold on to their majority. As The Washington Post's Wonkblog explained, "Since the minority electorate leans liberal, packing minorities has the same effect as packing Democrats, causing the district map to favor Republicans in the same way it favors whites." The New York Times’ editorial board described the radical racial gerrymandering that resulted in unconstitutional districts in North Carolina as the GOP’s “unscrupulous efforts to fence off black communities.”

While Republicans have been attacking the heart of American democracy, media coverage has been lacking, to say the least. At the same time, activists and politicians from both sides of the aisle have been calling for independent, nonpartisan groups to take the charge on redistricting in the near future. With momentum rising, the question remains: Will media, specifically broadcast and cable news, ever care about gerrymandering? So far, the answer appears to be no.