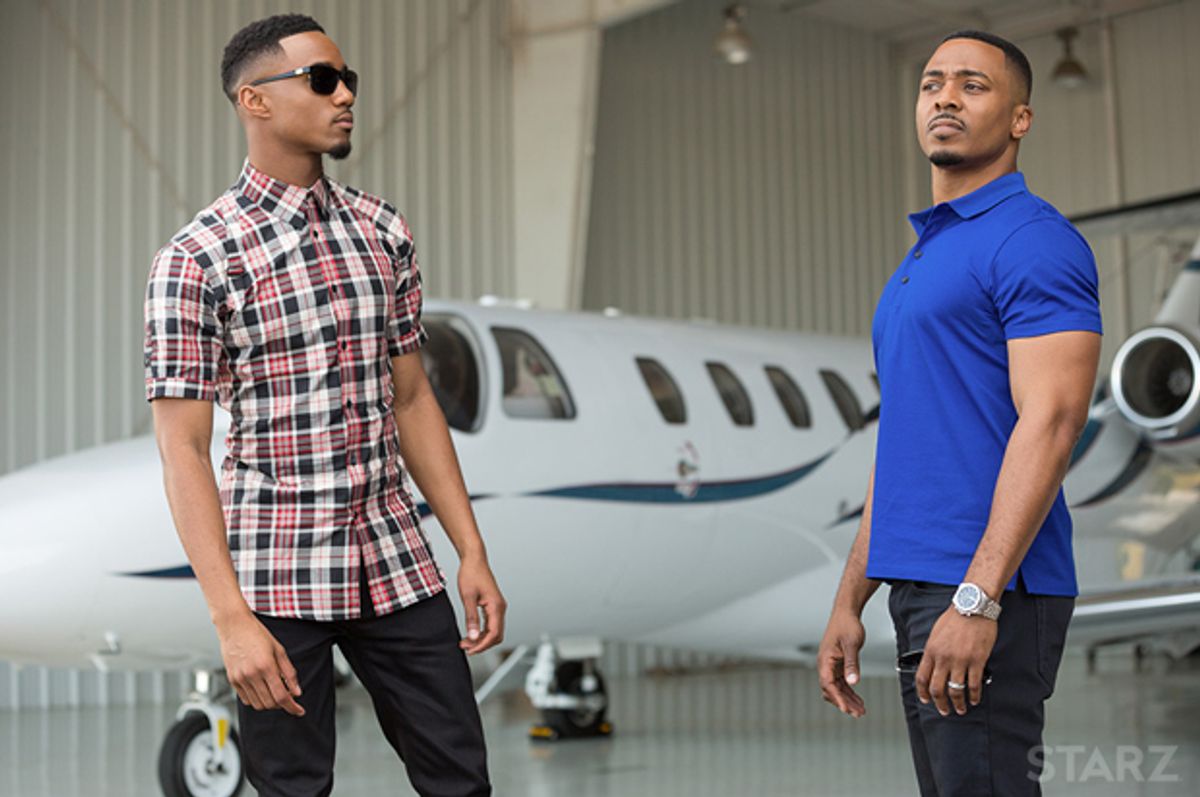 Television comedy does not have a tremendous track record of exploring serious subject matter. Even lately, as our concept of the genre’s definition has shifted, few series find a workable balance that prevents the story from ceasing to fulfill the actual definition of “comedy.”

Hence the modern workaround: Some programming executives announce that they no longer designate their 30-minute shows as “comedies” but “half-hours,” leaving ample room to play in the dark. But Starz’s “Survivor’s Remorse,” an excellent series that really should have a better title, is not a half-hour, although it regularly wades into choppy thematic waters that churn up a variety of potentially mirthless topics.

Even as it proves time and again that it is a comedy through and through, the series contends with issues related to sexual assault, racism, homophobia, economic discrimination and rage management, through the prism of a basketball star’s experiences with fame and his family.

Created by Mike O’Malley and famously produced by LeBron James, “Survivor’s Remorse” returns for its fourth season Sunday at 10 p.m. and is one of those series that doesn’t require any affection for the sports world.

The title of the series refers to an ongoing sense of troubled awareness on the part of basketball star Cam Calloway (Jessie T. Usher), whose prowess earns him a lucrative contract with a professional team. Overnight Cam takes his family out of their crumbling neighborhood where his mother Cassie (Tichina Arnold) raised him and his half-sister Mary Charles, known as M-Chuck (Erica Ash) to live in a beautiful mansion in an exclusive neighborhood.

Cam also brings his business-savvy cousin Reggie (RonReaco Lee) along for the ride as his manager, who helps keep him grounded and acts as the interface between the family and team owner Jim Flaherty (Chris Bauer). Reggie’s wife Missy (Teyonah Parris), meanwhile, comes from money and assists Cam, Reggie and the rest as they smooth their way into this new echelon of fame and wealth.

Throughout each episode, “Survivor’s Remorse” reminds the audience that Cam’s family situation is atypical and privileged, and his wealth still fails to insulate each of them from some of the uglier realities of being a minority in America. Not just black, mind you, but distinct from the dominant culture, owing to Cassie’s ongoing relationship with Chinese billionaire Da Chen Bao (portrayed by Robert Wu), who begins to pursue her during the first season.

Chen and Cassie are an extraordinary couple in many respects; she’s older than he is, and he’s a Chinese man dating a black woman, a romantic pairing rarely explored with significance on television. Chen also demonstrates the difference between being rich and possessing extreme wealth without a note of paternalism or snobbery. He has planes at his disposal. He is also an upright man consciously striving to win Cassie’s heart. And the narrative creates no distance between Chen and Cassie’s family while allowing him to retain his individuality, which often makes him one of the comedy’s primary honesty brokers.

Wu’s role and Chen’s relationship with Cassie take on new profundity in the fourth season. The premiere picks up a thread that began at the end of season 3, one concerning parenthood and parentage. (You don’t have to have viewed a single episode of the series to meet it where it is now, thanks to the handy “previously on” summaries that top each new episode.)

Each related subplot plays out over the course of the first three episodes of season 4, finding three of the show’s characters grappling with existential crises. And as their stories progress, O’Malley, who penned the first two episodes, and fellow producers Luther M. Mace and Paul Oakley Stoval exercise the show’s ability to solidly walk a fine line between aching tragedy and dark, legitimately funny slapstick. Some turns are outrageously funny even as the context itself is disturbingly grim.

These episodes also grant Cassie, typically the show’s brash wellspring of comedy relief, additional absolution, since her character is the fulcrum of two out of the three storylines. One of Cassie’s primary traits is a stubbornness, manifested in her refusal to apologize for decisions she made about her life when her children were young or before they were even born. Chen mitigates this, by the way, without asking his love to change who she is.

Through Cassie, Arnold’s comedic talents shine brightly, leavening what reads as bleak with a measure of warmth and grit that ultimately bestows a type of benediction upon this family so caught up in a whorl of apprehension.

Once that arc is put to rest, “Survivor’s Remorse” resumes its ride-along in the day-to-day lives of Cam, Reggie and their extended family, amplifying the punchlines and ridiculousness while never ignoring the bleakness lurking around the edges of their opulent world. Laughing with “Survivor’s Remorse” comes easily. So does understanding its painful moments.

Superbly written, thought-provoking comedies of this caliber are hard to come by these days — especially ones that leave no question as to what they are and what they aspire to be. Queries about this show's title, meanwhile, are easily answered and should not stop audiences from enjoying all that it offers.