Joel ditches his usual apolitical stance for an anti-Nazi protests 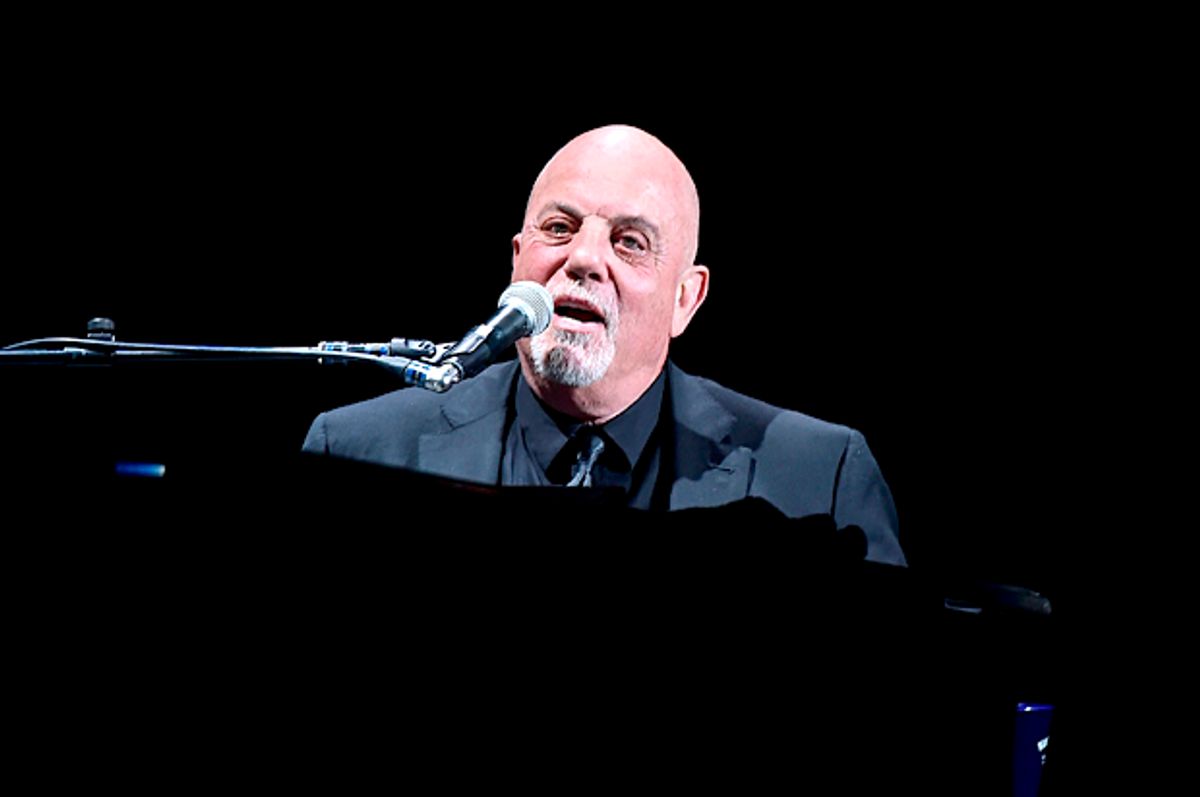 Billy Joel performing at Madison Square Garden on April 14, 2017. On August 21st, he performed with a yellow Star of David on. (Getty/Theo Wargo)
--

Billy Joel has taken a stand against the rise of anti-semitism and Nazism following the deadly attacks in Charlottesville by wearing the yellow Star of David.

During his monthly show at Madison Square Garden, Joel took the stage donning a black suit with two Star of David patches attached to his jacket.

The Star of David, formed by two triangles meeting to create a stellar shape, has become a symbol closely associated with Jewish identity. The symbol may have specific religious, cultural and ethnic roots, but, just like the very concept of the Jewish identity, it has come to transcend all of its specific origins.

During the Holocaust, Jews were forced to wear a yellow version of the symbol sewn onto their clothing at all times, a distinction between "us" and "them" that allowed the persecutor to more easily find the persecuted. In time, Jewish people have turned this historical moment back on itself, wearing a yellow star on their clothing to highlight and oppose oppression.

Joel is one of the few stars that has chosen to stray away from making their political opinions public in the past. "I try to stay out of politics. I am a private citizen and I have a right to believe in my own political point of view, but I try not to get up on a soapbox and tell people how to think," he told Rolling Stone.

However, Joel threw out his usually apolitical agenda for the night and referenced the turbulent environment of the White House. After inviting singer Patty Smyth to the stage, the duo sang her hit song, "Goodbye to You" as a slideshow of rejected White House officials played in the background.

Joel's ex-wife Christie Brinkley attended the show and lauded his decision to wear the Star of David. "And on the day of the Solar Eclipse a yellow star appeared on the jacket of another kind of star with a clinched fist that seemed to be gripping painful, no excruciating, memories of loved ones who wore that star to their death," Brinkley said in an Instagram post.

"May that star also remind you today of the gold stars pinned to the jackets of soldiers for their bravery and valor for fighting an evil so hideous even the gold stars in the sky were afraid to shine. Thank you Billy for reminding people what was . . . so it may never ever be again."