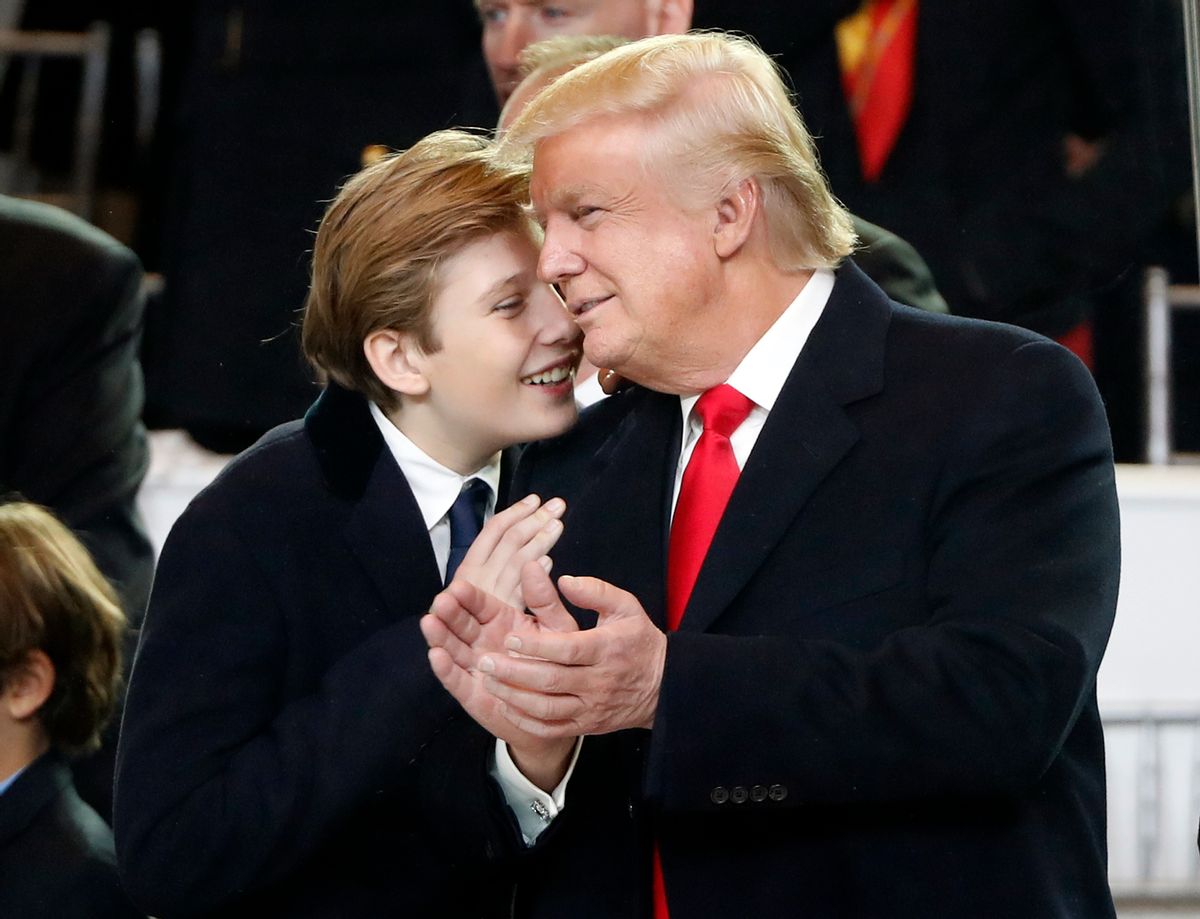 Talk about style over substance.

While the internet was focusing on President Donald Trump's ill-advised decision to stare directly at the sun, the Daily Caller — the Tucker Carlson-founded website that's recently been in hot water for employing white nationalists —  was focusing on Trump's 11-year-old son, Barron.

On Sunday Barron Trump donned a T-shirt, khaki shorts and loafers for a flight from New Jersey to the White House. While most people would have no problem with a kid dressing like a kid, the Caller compared Barron's attire to "[one going] for a trip to the movie theater," which makes sense for an 11-year-old to do. Here's the column's author, Ford Springer, essentially blaming Trump and Melania Trump for allowing their kid to get away with fashion horrors.

Think about how many times your parents forced you to dress up when you were a kid for a special occasion. No matter how hard you resisted, it was inevitable, you weren’t leaving the house until you had your tie tied, your shirt tucked in nice and neat with your hair combed, and a blazer on.

There's some irony in Springer going after the self-described "blue collar billionaire" for not dressing white collar enough.

Barron doesn’t have to worry about all that (undoing buttons and loosening a tie to be more comfortable), but he should. His dad is always looking dapper and his mom has become a worldwide fashion icon since becoming first lady. The youngest Trump doesn’t have any responsibilities as the president’s son, but the least he could do is dress the part when he steps out in public.

Criticizing Trump's youngest son on his fashion choices is an odd turn for the Caller, which, a month ago, published a slideshow that bragged, "Barron Trump is a normal 11-year-old." Then again, the Caller was obsessed with the previous first children's fashion choices.

The Caller's piece provoked a response from one notable former first kid, Chelsea Clinton, who, unsurprisingly, defended him.

It's high time the media & everyone leave Barron Trump alone & let him have the private childhood he deserves https://t.co/Wxq51TvgDX