Donald Trump changes his mind on Afghanistan, still has no real strategy

In a speech aimed at foreign policy, the president also spent lots of time talking about Charlottesville 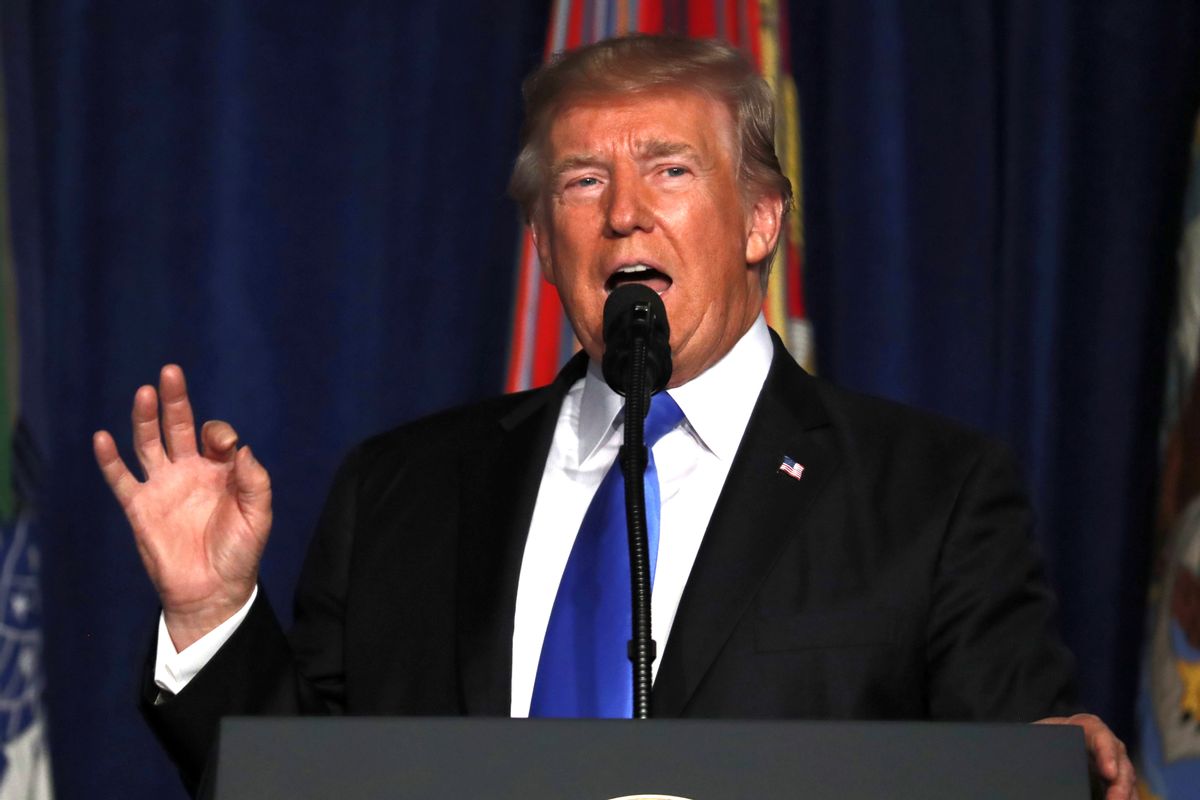 On Monday night, President Donald Trump delivered a speech in which he vowed to escalate America's troop presence in Afghanistan with the promise that "in the end, we will win."

What he did not do was offer a detailed plan of how he would escalate that troop presence and thus how he intended to use this new strategy to wrap up America's 16-year military entanglement in the Middle East.

After claiming to "share the American people’s frustration" over the protracted Afghanistan war and stating that his "original instinct was to pull out," Trump explained that the actual responsibility of being president compelled him to re-evaluate America's strategy in that country. This led him to conclude that "the consequences of a rapid exit are both predictable and unacceptable" — namely, that the region would be overrun with terrorist groups, similar to what happened with ISIS in Iraq after the American troop withdrawal there.

At the same time, Trump only offered one specific policy proposal.

"A core pillar of our new strategy is a shift from a time-based approach to one based on conditions," Trump said. "I’ve said it many times how counterproductive it is for the United States to announce in advance the dates we intend to begin or end military options."

Trump openly refused to offer any specifics about "numbers of troops or our plans for further military activities," claiming that doing so would be akin to saying when America would attack and abiding by "arbitrary timetables." As a result, Trump's new Afghanistan policy is open-ended in terms of how many men can ultimately be deployed, how long they can stay overseas and even what conditions will be established as prerequisites for withdrawal.

Trump also offered no specifics about holding Pakistan accountable for offering safe havens for terrorist groups, aside from generally insisting that he would do so. He also pledged to hold America's NATO allies responsible for upholding their commitments in the region.

The other highlight of Trump's speech was his attempt to open it by healing some of the national wounds torn open by the Charlottesville riots. As in the past, however, Trump refused to specifically criticize the "alt-right" and other white supremacist groups, instead framing general calls for unity within the context of praising the military.

"When we open our hearts to patriotism, there is no room for prejudice, no place for bigotry and no tolerance for hate," Trump said. "The young men and women we send to fight our wars abroad deserve to return to a country that is not at war with itself at home."

Regardless of whether his call for unity was effective, Trump's speech will almost certainly be remembered as the moment when he publicly reversed his years-long opposition to the Afghanistan war, as epitomized by the tweets below.