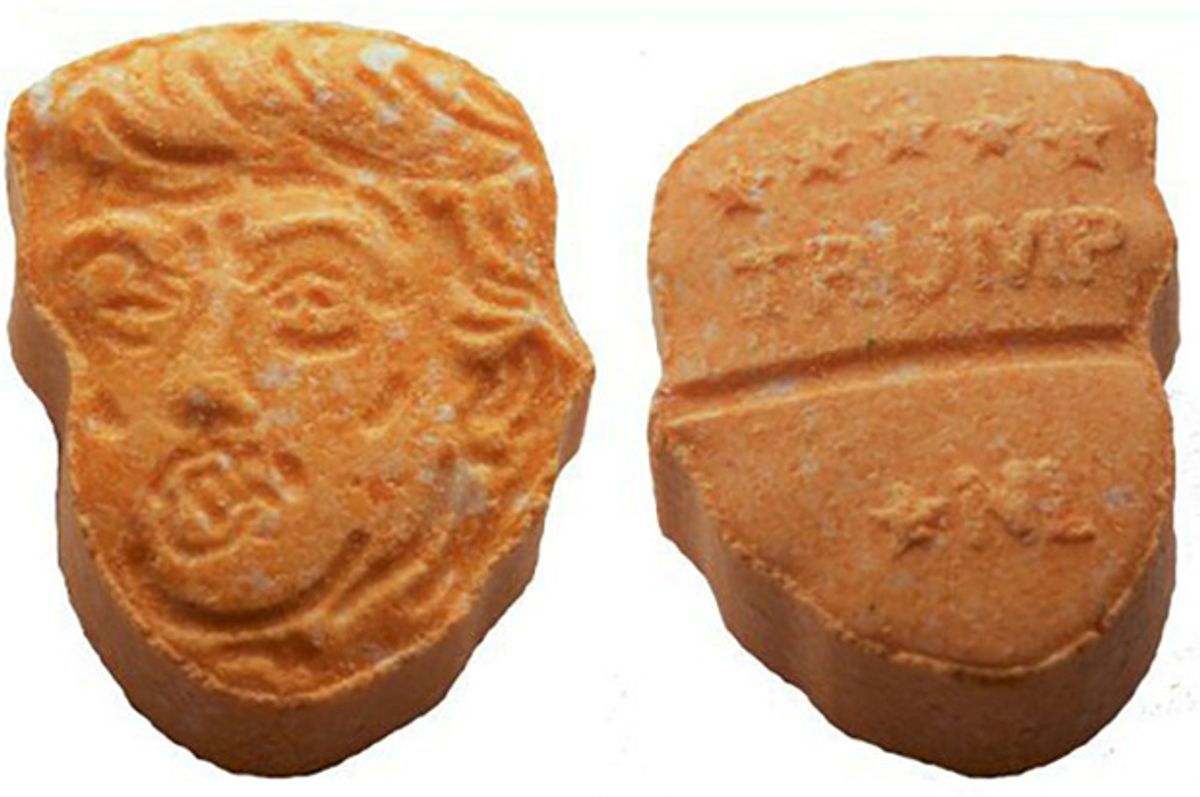 Steaks, water, boardgames, educational confidence schemes: Donald Trump has lent his name and coppery face to all of the above and more in displays of marketing hereto unheard of for an American politician. One such Trump-banded product recently uncovered, however, is neither part of the president's many official offerings nor would it make him grimace with pride.

Police in the German city of Osnabruck have announced that they seized a cache of over 5,000 orange (naturally) MDMA tablets stamped with the president's scowling visage. The tablets of Molly (that's more or less "Ecstasy," to the Gen-Xers out there) also featured Trump's name on the reverse side.

According to the BBC, police arrested an Austrian father and son in possession of the tablets after they were discovered in a search of their vehicle along with a "a large amount of cash." Authorities claim the that street value of the tablets is "nearly $47,000." There is no word on whether the tablets were that good shit.

Overall, the appearance of the tablets marked with the president's image is not a surprise in and of itself. MDMA tablets featuring the face of former president Barack Obama appeared in circulation during his term, as did at least one strain of marijuana named after him. There are unconfirmed reports of a marijuana strain named after the current president as well.

Generally speaking, products that co-opt the appearances or names of famous icons or notable events are normal and expected in the illegal drug trade.

Interestingly, this particular president has claimed to be a lifelong teetotaler on several occasions, despite various unconfirmed reports to the contrary.