A Trump immigration deal could be very bad, indeed 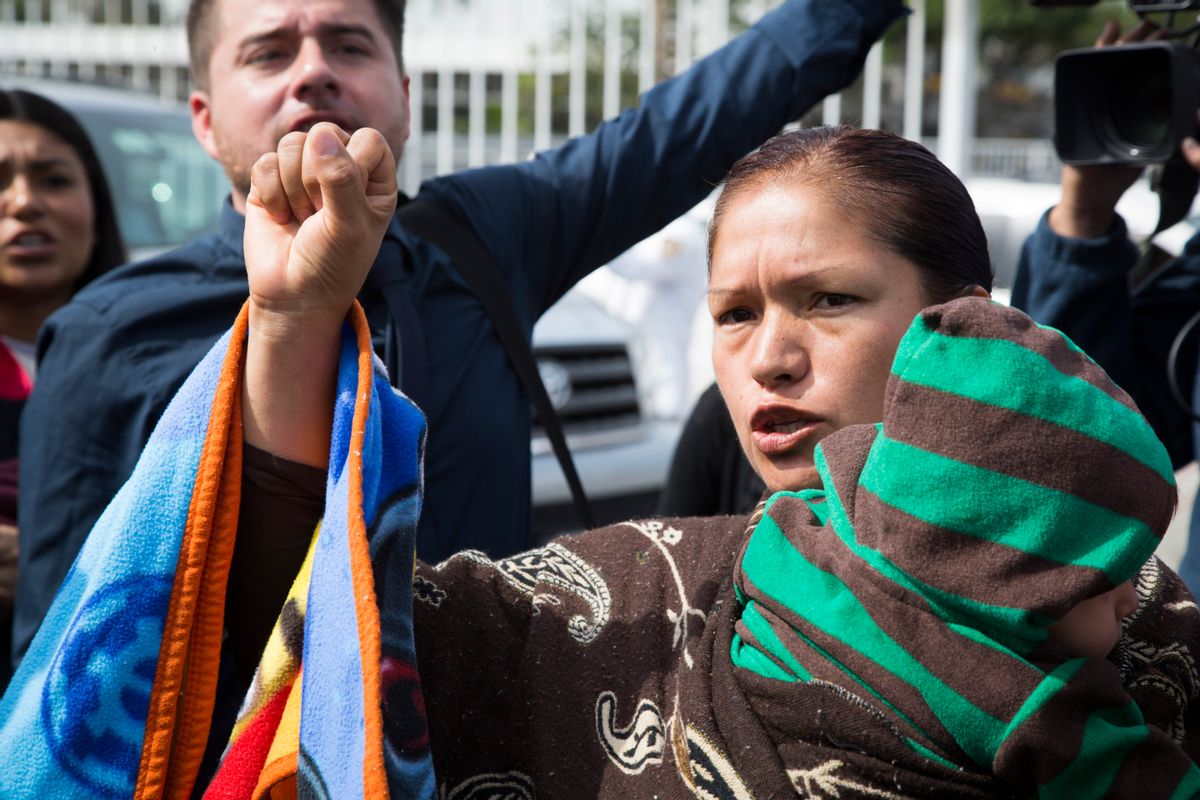 President Donald Trump has been urged by some of his top aides to come to a compromise on his immigration strategy by pledging to protect the children of illegal immigrants brought into the U.S. in order to achieve broader gains in the future, including funds for his border wall.

The children of illegal immigrants are known as Dreamers, under former President Barack Obama's Deferred Action for Childhood Arrivals (DACA), which "protects young people brought into the country illegally as children by their undocumented parents from deportation and allows them to obtain work permits," McClatchy reported.

On the campaign trail, Trump railed against the idea of protecting Dreamers, but he has been urged to cut a deal with Congress and offer protection with the hopes of passing "legislation that pays for a border wall and more detention facilities, curbs legal immigration and implements E-verify, an online system that allows businesses to check immigration status, according to a half-dozen people familiar with situation, most involved with the negotiations," McClatchy reported. Among the White House officials talking to him are his daughter, Ivanka Trump, his son-in-law Jared Kushner, and both the former and current White House chiefs of staff Reince Priebus and John Kelly.

A smaller faction made up of Attorney General Jeff Sessions, senior policy adviser Stephen Miller and deputy chief of staff Rick Dearborn, oppose the idea and have made their stances well known. Even many of those who support the president believe that Dreamers should stay in the country. According to a Morning Consult poll from April, 78 percent of registered voters said they believed Dreamers should stay. Even 73 percent of Trump supporters agreed.

"It’s smart for them to use it," a Republican close to the White House said, referring to using protection for Dreamers as a bargaining chip. "If they [Trump administration] could use it for a win, that would be good thing."

However, ideas such as "curbing legal immigration and implementing e-verify, are unpopular," McClatchy reported, so it's unclear if Republicans would ultimately support the administration's efforts to make a deal.