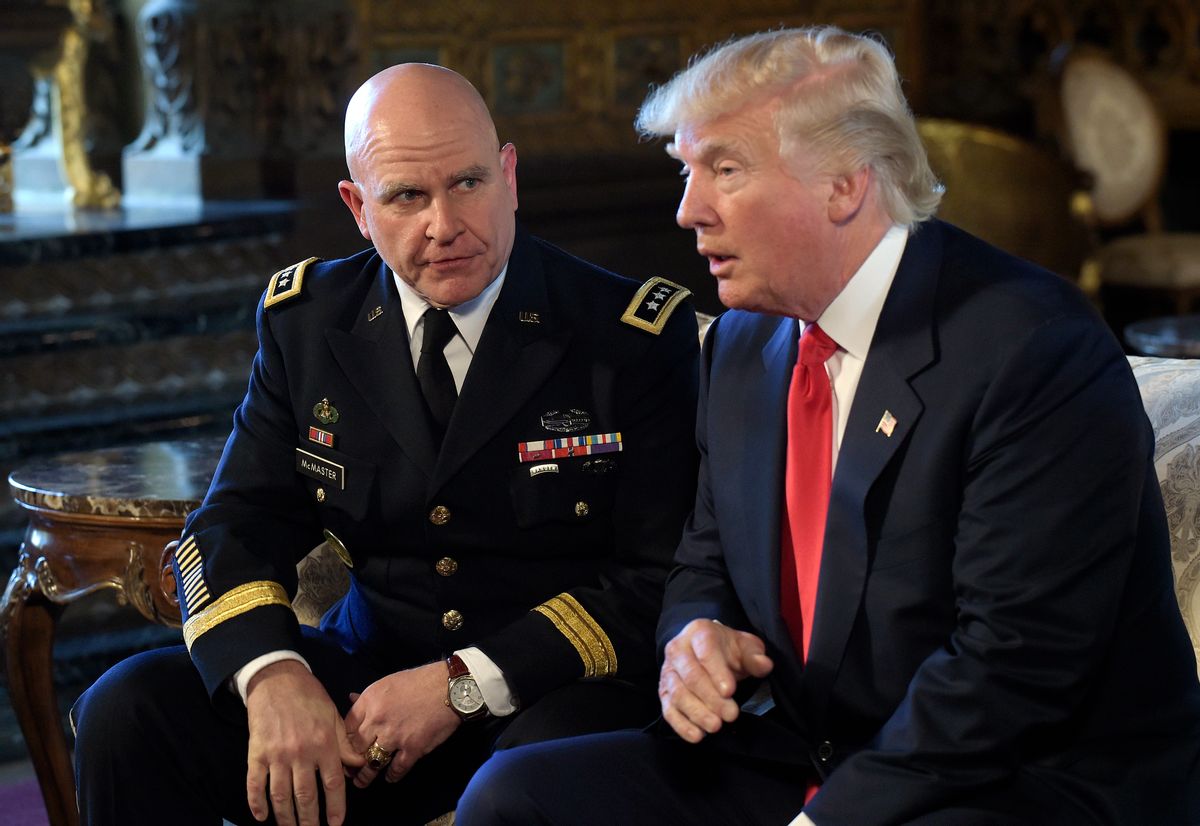 President Donald Trump did all he could to resist what he has deemed a "losing" war in Afghanistan and weighed approaches that ranged from a complete withdrawal, to using private paramilitary forces with the help of Erik Prince, Stephen Feinberg or both. Ultimately the president, who has encircled himself with military generals, was persuaded and agreed to deploy more troops to fight America's longest war, something he long railed against.

In an effort to help persuade Trump to come to the realization that the country of Afghanistan has a hopeful future, the president's national security adviser, Gen. H.R. McMaster, showed him a picture of Afghan women in 1972 walking around in miniskirts, according to The Washington Post.

"The president doesn’t know anything about war or anything about Afghanistan," Eliot A. Cohen, a foreign policy adviser in the George W. Bush administration, told the Post. "He has a lot of angry instincts, but nothing more than that. So he is to some extent corralled by McMaster, [Chief of Staff John] Kelly and [Defense Secretary James] Mattis. . . . He is going along with what the generals want."

The generals originally proposed a plan that would send tens of thousands of troops into the country, but Trump refused to embrace that strategy, according to the Post. Though even after the president's speech on Monday night, despite low-level troop increases, the endgame in Afghanistan remains just as unclear as it always has been.

"What does success look like?" Trump fumed in a July 19 meeting with his top national security officials in the Situation Room in which he berated the thought of delving deeper into a complex conflict, according to The New York Times.

Perhaps Trump's most notable remarks from Monday night was his pledge that the U.S. was not engaging in nation building and instead increasing pressure of the Afghan government. "We are a partner and a friend, but we will not dictate to the Afghan people how to live or how to govern their own complex society," Trump said. "We are not nation building again. We are killing terrorists."

Trump also all but confirmed the fact that he has rolled back regulations put in place to help limit the deaths of civilians, numbers that have dramatically spiked since he has taken office.

"I have already lifted restrictions the previous administration placed on our war fighters that prevented the secretary of defense and our commanders in the field from fully and swiftly waging battle against the enemy," Trump said in his speech on Monday night. "Micromanagement from Washington, D.C. does not win battles."