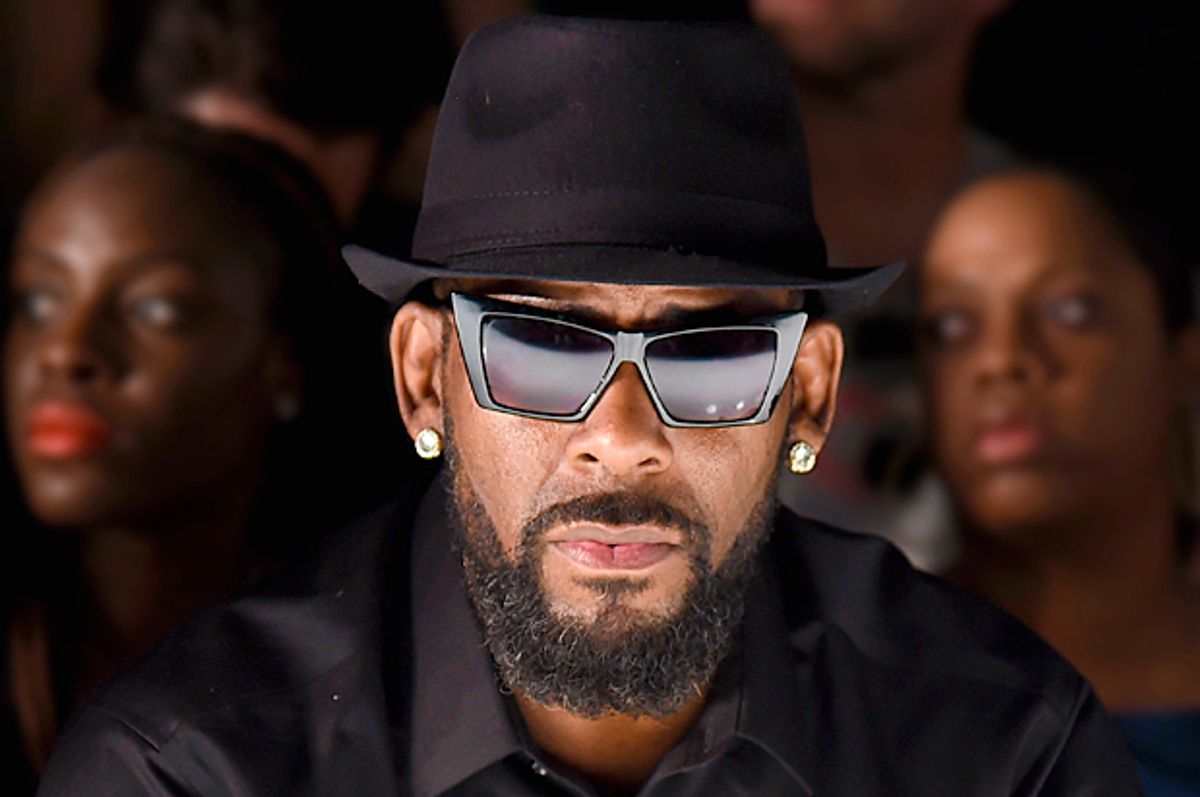 Another woman has come forward alleging sexual charges against R. Kelly. Jerhonda Johnson (now Pace) claims says she was just 15 when she first met the R&B singer during his child pornography trial in 2008. Pace told Buzzfeed News that she cut school every day during her sophomore year of high school in order to attend the trial. It was shortly after the trial that their alleged sexual relationship began. She was 16.

Pace's allegations arrive barely a month after a Buzzfeed investigation claimed that Kelly sustains a "sex cult," housing multiple women in multiple homes, films his sexual encounters with them and dictates what they wear, who they talk to and even when they go to the bathroom. Three people described as "former members of R. Kelly's inner circle" were sources.

"Pace says she is talking now — and breaking a signed nondisclosure agreement — because she is concerned about women still living with Kelly," writes Jim DeRogatis, the reporter who received the child-sex tape that led to Kelly's 2008 trial. DeRogatis has long documented the many sexual allegations against Kelly and was the author of last month's Buzzfeed article.

Pace said that after the child pornography trial, one of Kelly's employees contacted her on MySpace to invite her to one of Kelly's parties at his home. It was there that Kelly said he had noticed her at the trial and asked for her number, Pace said. Not long after the party, she allege, their sexual relationship began.

Pace claims that he ensured her silence "by having her write out and sign letters stating that she had stolen jewelry and cash from him and that her parents had set her up to blackmail him," Buzzfeed reported. "Pace says she did as instructed, but none of the charges were true."

Pace says as their relationship progressed, the rules became stricter. She claims she was forced to call Kelly "daddy," dress only in baggy clothes and ask permission before showering, eating, using the bathroom or leaving. Pace claims that not long after their sexual relationship started, she revealed she was 16-years-old, a year below the legal age of consent in Illinois. Kelly was fine with it, she told Buzzfeed.

Pace said their relationship ended in 2010 because he caught her texting a friend. "I was slapped and I was choked and I was spit on," she said. Pace then contacted Chicago attorney Susan E. Loggans, who represented and won settlements for women who alleged sexual and physical assault against the superstar. Pace passed a lie detector test, secured a settlement from Kelly and signed a nondisclosure agreement as part of that agreement.

Even though Pace could face legal action for speaking publicly, she remains frustrated that "his music overshadows everything when it comes to his wrongdoings," she told Buzzfeed. "Nobody thinks about the damage he's done or is doing to young women, and his personal life means nothing when it comes to executives making money off of him."

Sony Music still represents Kelly, and he has upcoming shows in Atlanta, Alabama, Tennessee and California. For Pace, she's said she hopes she can help other women by speaking. "Kelly needs to be stopped," she said.

There have been scores of allegations against Kelly from black girls and women for decades, to little consequence on his career. Activists have long advocated for Kelly's alleged victims, but the music industry has failed to follow suit, by and large.

Just recently, when Lady Gaga tweeted after the violence in Charlottesville: "the black community, tell us ways the non-racist white community who loves u can do better to help influence the country?" Chicago native and writer Jamilah Lemieux replied: "Apologize for working with R. Kelly. Be the first megastar to denounce him." She didn't.

Of the music industry's decades-long silence on Kelly's abuse allegations, DeRogatis famously said in 2013: "The saddest fact I’ve learned is nobody matters less to our society than young black women. Nobody."