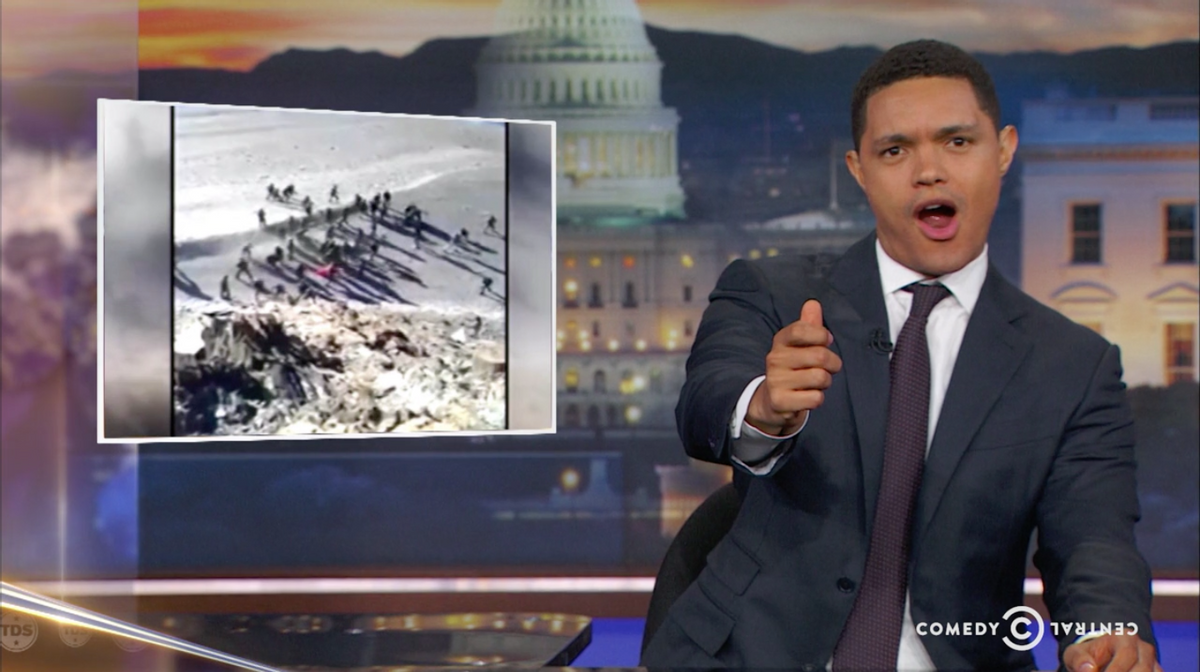 North Korea and the U.S. are not the only nuclear powers that are on the brink of war. A border standoff between India and China finally culminated in a skirmish on a beach near the Tibetan border last week. And, luckily for the rest of the world, it was all caught on camera.

For "The Daily Show" host Trevor Noah, the fact that the two sides clashed was obviously surprising, but it was the methods they used — hand-to-hand combat and rock throwing — that shocked him.

"Wait, throwing rocks? India and China fought by throwing rocks at each other?" the comedian incredulously asked Tuesday night. "You know the guy behind the camera was like, 'Third War Star.'"

"What are you doing? You are armies? That is insane," Noah added. "That is the kind of fight you expect to see in a Wendy's parking lot, not between two nuclear superpowers."

Tensions between India and China have ramped up in recent months over a remote region in the Himalayas, at a convergence point between India, Bhutan and China. China blamed India for last week's scuffle, saying that India disrupted a routine patrol.

Noah, however, did his own investigative work to see what truly led the two armies to engage in battle.

"By the way, if you look at that picture of the beach, if you zoom in, you will see that Chris Christie was chilling on the beach," Noah joked. "That's what they were fighting about. It's always Chris Christie; that's why there is a war."