Embattled after Charlottesville, Trump rolls out a familiar list of enemies — but the tone is darker than ever 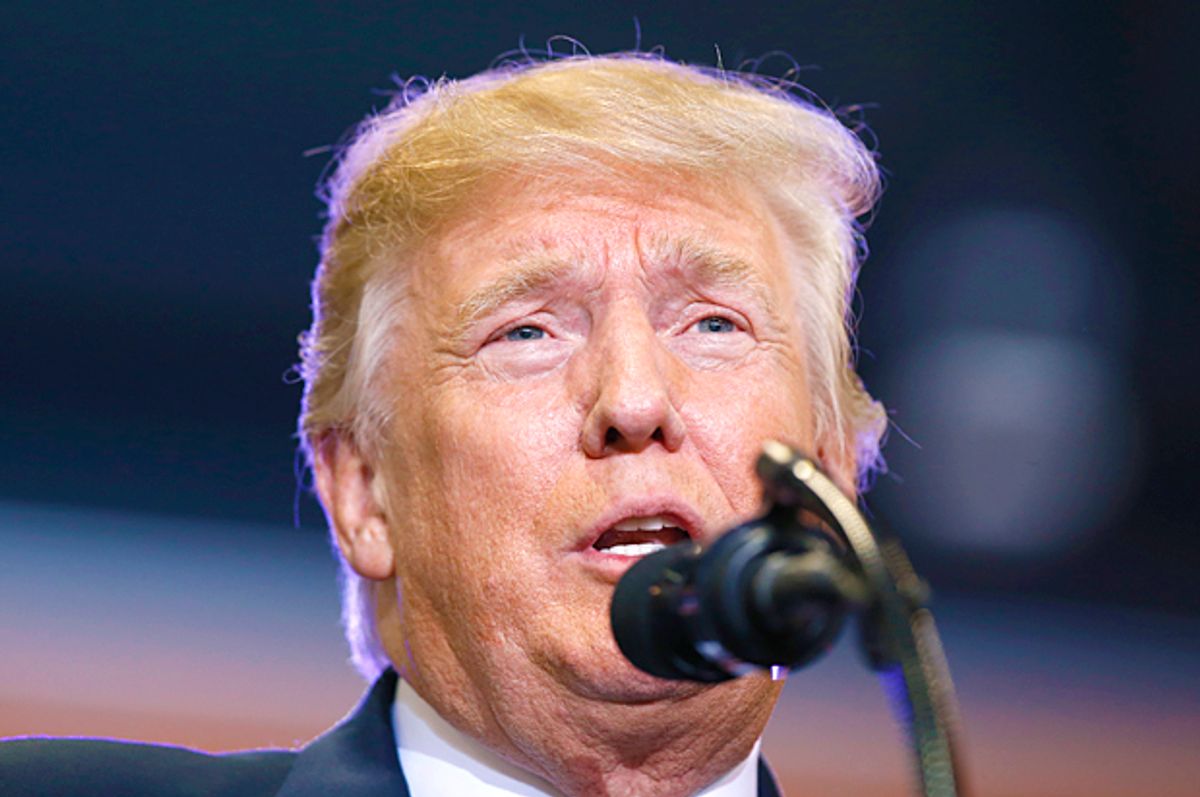 As I explained a few days ago on Salon, today's black conservatives are professional "best black friends" for the Republican Party. Because they are racial mercenaries, the primary purpose of black conservatives is to serve as defensive shield for the racist agenda of Donald Trump and other white Republicans.

On Tuesday evening, black conservatives played their role to perfection at Donald Trump's rally in Phoenix. Martin Luther King Jr.'s niece, Alveda King, prostituted her uncle's legacy by offering a prayer in defense of Donald Trump. Ben Carson, the secretary of Housing and Urban Development (a position for which he is supremely unqualified), paid off his debt to Trump by serving as an apologist for bigotry before the throngs of white people at the Phoenix rally.

Donald Trump has cooked up a stew of hatred and violence, in which black conservatives serve as tiny specks of seasoning. It's a foul dish, but tens of millions of white Americans devour it eagerly.

Ultimately, Trump's black conservatives were just curtain-raisers and human props for the spectacle in Phoenix.

Donald Trump is the CEO of his own "mendacity industrial complex". In Phoenix he followed through on those responsibilities in rare form and with almost superhuman zeal.

Trump lied about his comments regarding the recent lethal white supremacist terrorism in Charlottesville. He lied about the economy. He lied about encouraging violence and prejudice at his rallies.

Trump lied about loving all people in America. He lied about Barack Obama, about the news media and about his legislative accomplishments, which are effectively nonexistent.

Trump lied about being a victim, with the clear implication that those who love and follow him are victims too.

These lies are important. But they are also just the scaffolding surrounding something much more sinister.

In his speech in Phoenix, Donald Trump made thinly veiled threats of violence against the press (except for Fox News, which functions as his personal version of Pravda). He suggested that the Democratic Party was treasonous and anti-American, if not actually "Communists." Trump implied that who oppose him, such as the anti-fascist movement, are enemies of the state and "agitators." These are the conspiratorial ideas and themes that fascists and other authoritarians employ to subvert democracy and expand their power.

Trump's conspiratorial delusions were also outlined by a former National Security Council staffer named Rich Higgins, in a leaked memo recently published by the journal Foreign Policy. Trump was under attack by the media and the left, Higgins wrote, because he represented "an existential threat to cultural Marxist memes that dominate the prevailing cultural narrative." Higgins' memo soon got him fired by National Security Adviser H.R. McMaster, but it appears that the memo reached the president's desk, and does in fact reflect Trump's thoughts and beliefs.

Trump's speech in Phoenix was one more indicator of the deep sickness afflicting American democracy and political culture under his regime. But there are other reasons to be worried.

Public opinion polls and focus group research has shown that Trump's core supporters will not abandon him. In fact, the more unhinged, dangerous, racist, bigoted, violent, ignorant and authoritarian Donald Trump behaves, the more his followers -- who are in love with him and feel a libidinal attachment to their "Great Leader" -- are enthralled.

Donald Trump leads a political cult. His supporters are on a highway to hell, and risk dragging the rest of the American people with them.

Matters are far worse than are commonly understood. Last year, philosopher Danielle Allen made a series of powerful and disturbing observations in a Washington Post essay about Trump and his rise to power. She wrote:

Like any number of us raised in the late 20th century, I have spent my life perplexed about exactly how Hitler could have come to power in Germany. Watching Donald Trump’s rise, I now understand. Leave aside whether a direct comparison of Trump to Hitler is accurate. That is not my point. My point rather is about how a demagogic opportunist can exploit a divided country.

To understand the rise of Hitler and the spread of Nazism, I have generally relied on the German-Jewish émigré philosopher Hannah Arendt and her arguments about the banality of evil. Somehow people can understand themselves as “just doing their job,” yet act as cogs in the wheel of a murderous machine. Arendt also offered a second answer in a small but powerful book called “Men in Dark Times.” In this book, she described all those who thought that Hitler’s rise was a terrible thing but chose “internal exile,” or staying invisible and out of the way as their strategy for coping with the situation. They knew evil was evil, but they too facilitated it, by departing from the battlefield out of a sense of hopelessness. One can see both of these phenomena unfolding now. ...

Donald Trump has no respect for the basic rights that are the foundation of constitutional democracy, nor for the requirements of decency necessary to sustain democratic citizenship. Nor can any democracy survive without an expectation that the people require reasonable arguments that bring the truth to light, and Trump has nothing but contempt for our intelligence.

We, the people, need to find somewhere, buried in the recesses of our fading memories, the capacity to make common cause against this formidable threat to our equally shared liberties. The time is now.

Unfortunately, the American people have failed Allen's test, at least to this point. Trump was elected president and he clearly will not change. Since he became active in public life he has repeatedly demonstrated that he is a racist, a bigot, an ignoramus, a bully, a misogynist, a likely or certain sexual abuser and an authoritarian with fascist leanings. His speech in Phoenix was in no way an outlier or an aberration. It expressed who Donald Trump really is. He has never hidden his true nature. Too many in the news media and among the American public simply chose to believe it was all an act.

The same excuses were made for Hitler for far too long. On Nov. 21, 1922, the New York Times ran its first story about the World War I corporal who would become the most famous genocidal despot in history:

But several reliable, well-informed sources confirmed the idea that Hitler’s anti-Semitism was not so genuine or violent as it sounded, and that he was merely using anti-Semitic propaganda as a bait to catch masses of followers and keep them aroused, enthusiastic, and in line for the time when his organization is perfected and sufficiently powerful to be employed effectively for political purposes.

A sophisticated politician credited Hitler with peculiar political cleverness for laying emphasis and over-emphasis on anti-Semitism, saying: “You can’t expect the masses to understand or appreciate your finer real aims. You must feed the masses with cruder morsels and ideas like anti-Semitism. It would be politically all wrong to tell them the truth about where you really are leading them.”

History does not sleep. Future generations will look back on the Age of Trump and ask, "How did they let this happen?" It is past the time for the American people to start preparing their answers.