Unfair and unbalanced: Media defined Trump by his key issues — and Hillary Clinton by her phony scandals

Trump got his scary message out to voters, while Clinton's issues got buried under an avalanche of email stories 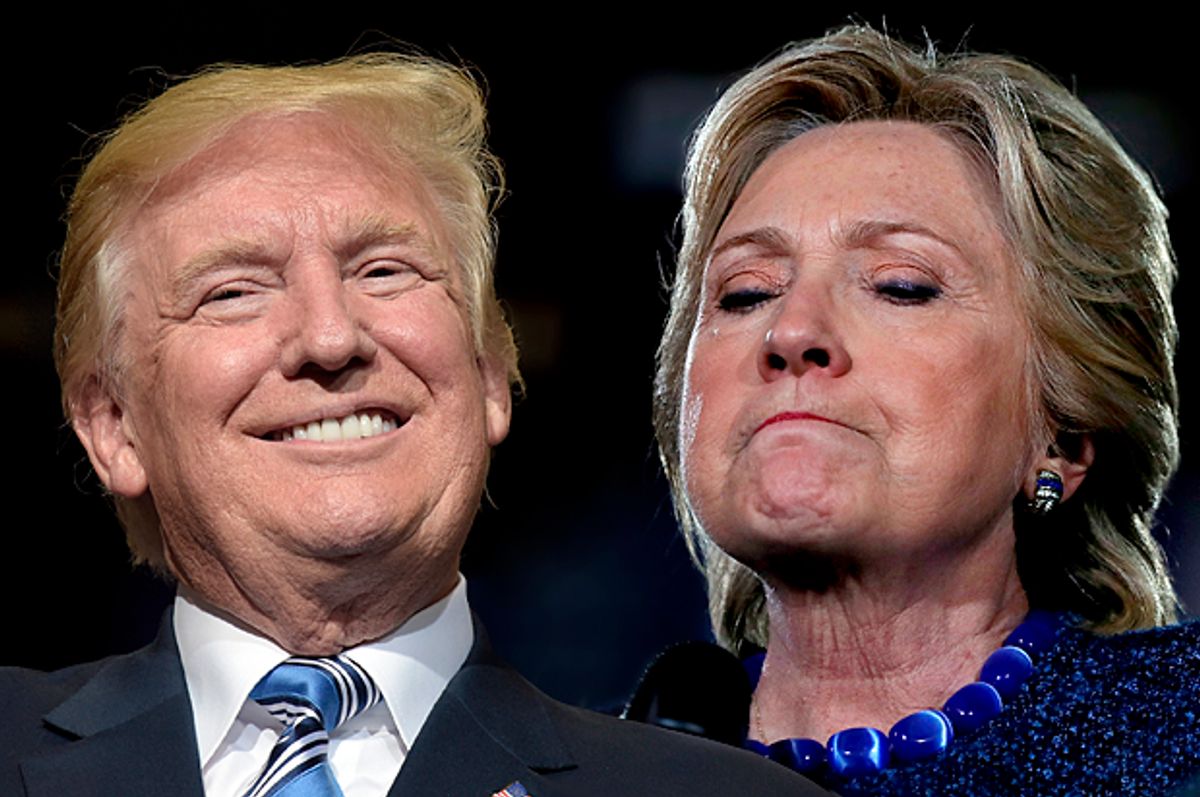 Steve Bannon and his fellow travelers in right-wing media played us all for fools. While that's never directly stated in a recent study of the role of media in the 2016 election, conducted by researchers from Harvard's Berkman Klein Center for Internet & Society, it's the unavoidable conclusion after examining the results. The right-wing media ecosystem, epitomized by Bannon's no-longer-former site Breitbart News, was not only able to colonize Republican voters' minds but also to direct the focus of the mainstream media. The result was that Donald Trump got his political message out with great success, while Hillary Clinton was largely silenced, and defined for the public largely in terms of hysterical right-wing attacks.

In the mainstream media, "the coverage was negative for both candidates," Yochai Benkler, one of the study authors, explained to Salon. "What became clear was that the conversation in the broader public sphere reflected the agenda that was set by the right," he continued, "rather than an agenda that was set by Hillary Clinton."

Simply by dint of being a loud-mouthed boor, Trump was able to dominate the media coverage so thoroughly that it's a miracle that Clinton even got through, the researchers found. Even though most of the Trump coverage, like most of the Clinton coverage, was negative in tone, Trump was able to leverage the negativity to get his message in front of the voters. Even more important, his candidacy was largely defined by his primary issues, such as his hostility to immigration.

"When you say Trump makes a statement about a Muslim ban, that’s a statement about immigration," Benkler said. That may get negative coverage, he argued, but it also helped educate voters who follow the mainstream media about his positions and views on the issue.

Coverage of Clinton, on the other hand, was largely substance-free and focused on overblown "scandals," such as stories about leaked emails or stories highlighting donors to the Clinton Foundation. Her campaign's efforts at creating a robust, progressive political platform were largely wasted on a mainstream media that was almost entirely uninterested in educating the public on her policy views.

The end result was that Trump's policy positions on nearly all issues got more media attention than Clinton's, even though the latter put time and effort into developing substantive views, while her opponent's "policies" were mostly the result of him riffing off something he heard on Fox News. A number of Clinton's critics argue, as Columbia professor Mark Lilla did in my recent interview with him for "Salon Talks," that the Democrats in 2016 failed to "articulate a vision." This arguments frustrates many Clinton supporters, who could point to the reams of policy ideas and political ideals she spent the campaign promoting. But it's easy to see why some people might believe Clinton didn't articulate or discuss a vision, when her efforts to do so were studiously ignored by mainstream media sources that were more interested in breathlessly covering the non-story about her private email server.

The extent to which Clinton was defined by these pseudo-scandals, while Trump was defined by his views, is illustrated by perhaps the most disheartening chart that the Harvard researchers created from their data. The gap between coverage of the Clinton Foundation and the Trump Foundation is a crystalline example of how distorted the 2016 campaign coverage was. No one has ever found any evidence of Clinton misusing her powers as secretary of state to do favors for Clinton Foundation donors. In contrast, David Fahrenthold of The Washington Post found extensive evidence, including an admission on a tax form, that Trump used his foundation for dubious and possibly illegal self-dealing. Fahrenthold found that Trump used his foundation to buy personal items or to settle legal disputes, rather than for charitable purposes, which is the only legitimate use of foundation funds.

Fahrenthold won the Pulitzer Prize for his investigation of the Trump Foundation, but somehow the rumors and insinuations around the Clinton Foundation got far more coverage. This contrast reveals how well right-wing media was able to control and direct the public conversation about the 2016 campaign.

On one hand, conservative media "provides a shared internal narrative for Trump supporters that keeps them comfortable with the choice and gets them mobilized," Benkler said. "On the other, it produces a steady flow of stories that end up sometimes -- often enough, it seems -- setting the agenda for mainstream coverage. It’s this dual effect, on one hand stabilizing and insulating your base from the mainstream, and on the other nudging the mainstream coverage to cover your issues, that was so successful."

The Clinton Foundation stories largely stemmed from a book called "Clinton Cash: The Untold Story of How and Why Foreign Governments and Businesses Helped Make Bill and Hillary Rich," written by then-Breitbart editor Peter Schweizer, who also co-founded a right-wing think tank called the Government Accountability Institute, with funding from hedge fund billionaire and Trump enthusiast Robert Mercer. Even though Schweizer had no real proof of corruption, he was able to get his insinuations about the Clinton Foundation covered heavily by The New York Times. After that, the story spread far and wide, from mainstream media to left-leaning sources read by Bernie Sanders supporters.

The Harvard report offers a much more thorough retelling, but the larger lesson here is chilling: Right-wing propaganda forces were able to define Clinton in the public eye, concealing what was without question a substantive policy agenda under a pile of nonsense about her emails and other supposed scandals. Trump, despite his deep and demonstrable corruption, was still able to get his message out — virtually everyone in the country knew what he stood for, whether they found it repulsive or refreshing.

As recent days have shown, many of the mainstream outlets worked as conduits for right wing propaganda, highlighting Trump's policy message while burying Clinton's, refuse to take responsibility for what happened. The first step in recovery is recognizing you have a problem. It's hard to imagine how mainstream media journalists will do better the next time around if they can't accept that their failures helped put Trump in the White House.