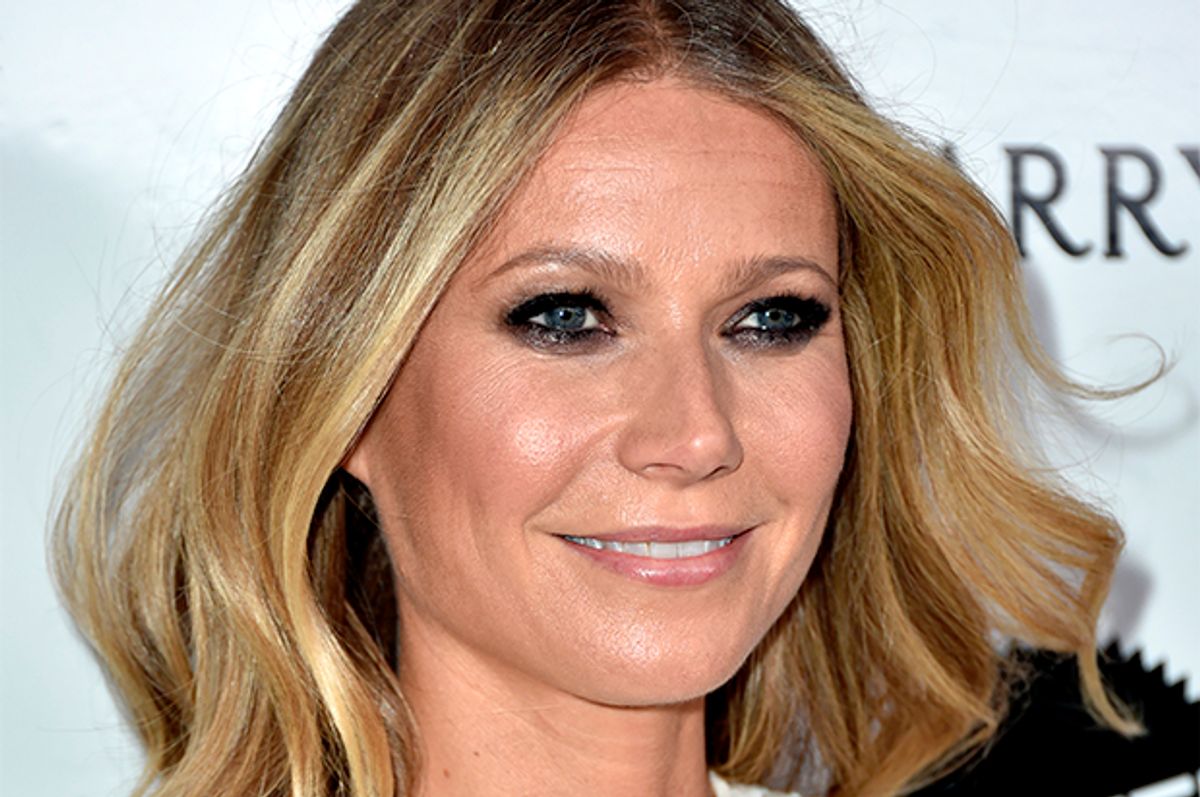 Gwyneth Paltrow's successful, ultra-luxe snake-oil website GOOP has been called out by an advertising industry watchdog for forwarding "deceptive" health claims about the products they promote.

After investigating health claims made by the company, Truth in Advertising (TINA) announced on Tuesday that it found "50 instances in which the company claims, either expressly or implicitly, that its products (or those it promotes) can treat, cure, prevent, alleviate the symptoms of, or reduce the risk of developing a number of ailments.”

According to the group, it first warned GOOP about its claims in a letter earlier this month. In the letter, TINA warned it would contact regulators if the company did not correct its "illegal health claims." Evidently, GOOP did not take corrective action, and the watchdog filed a complaint with the California Food, Drug and Medical Device Task Force.

"The problem is that the company does not possess the competent and reliable scientific evidence required by law to make such claims," the release says.

A GOOP spokesperson told People in a statement there was simply not enough time to sift through all of the deceptive claims pointed out by TINA.

Goop is dedicated to introducing unique products and offerings and encouraging constructive conversation surrounding new ideas. We are receptive to feedback and consistently seek to improve the quality of the products and information referenced on our site. We responded promptly and in good faith to the initial outreach from representatives of TINA and hoped to engage with them to address their concerns. Unfortunately, they provided limited information and made threats under arbitrary deadlines which were not reasonable under the circumstances.

TINA Executive Director Bonnie Patten later called the claims a "marketing ploy that is being used by Goop to exploit women for its own financial gain."

This isn't the first time organizations or individuals have called out GOOP for deceptive marketing practices. The company has promoted an array of treatments and tips that have been either completely disproven, or exposed as having no basis in science.

In June, NASA slammed the company when they promoted wearable stickers they claimed were "made with the same conductive carbon material NASA uses to line space suits so they can monitor an astronaut’s vitals during wear." Former chief scientist at NASA’s human research division Mark Shelhamer told Gizmodo "Not only is the whole premise like snake oil, the logic doesn’t even hold up."

Other therapeutic remedies GOOP promotes include vaginal jade eggs "for your yoni," mugwort steaming to promote vaginal health and even using bee stings as a means of reducing scarring.

If you're confused, don't worry — Paltrow is too! During an interview with Jimmy Kimmel, she admitted "I don’t know what the fuck we talk about," when asked about the treatments her own company promotes.

Although she may not know what GOOP does, Paltrow is hellbent on defending the brand, regardless of what other people say about it. In July, the company responded to similar criticism in a passive aggressive post on its blog where they called the attacks on the brand from scientists "dangerous."

According to the TINA investigation, the only thing that is "dangerous" for GOOP is the company itself . . . and maybe that tip about getting stung by bees.