Has the Wall Street Journal's top editor made the paper go easy on Donald Trump?

Gerard Baker, the editor in chief, apparently parties with the Trumps in the Hamptons — and doesn't want "criticism 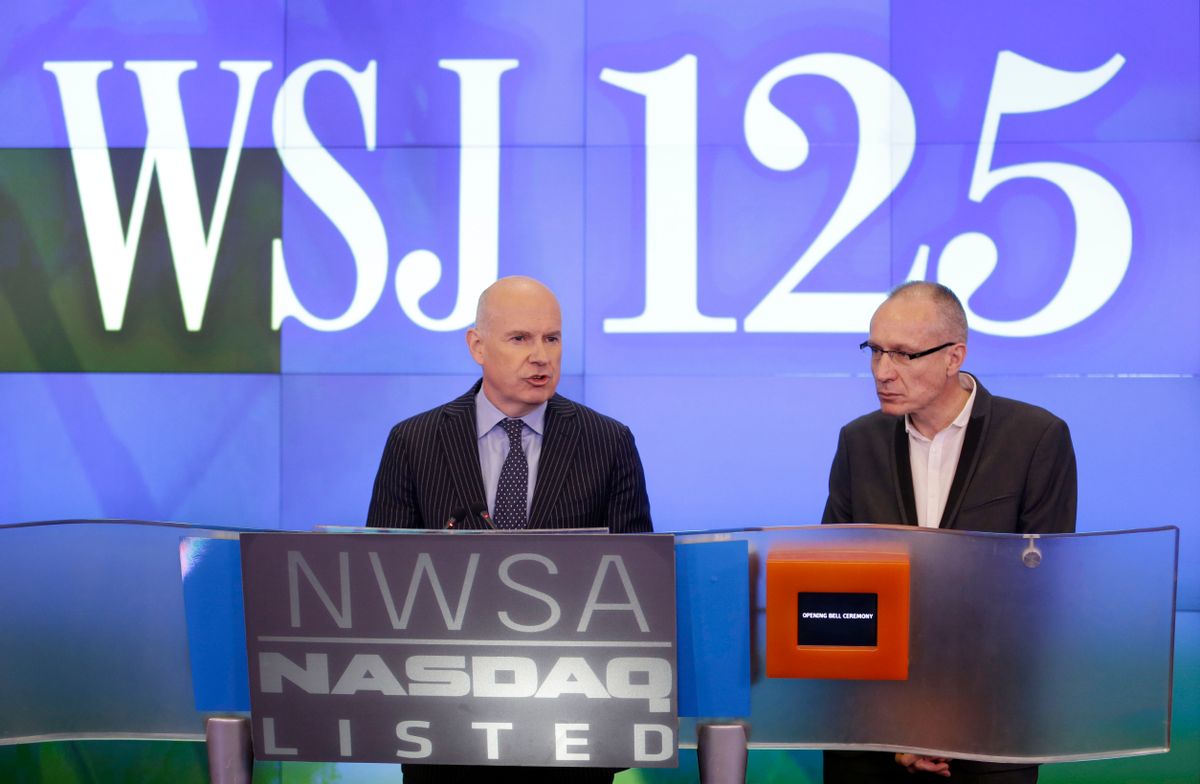 There appears to be a mutiny afoot at the Wall Street Journal, as staffers are fed up with their editor in chief's heavy-handed input on stories covering President Donald Trump.

Leaked emails to The New York Times show that Gerard Baker, the Journal's editor in chief, admonished staffers for accurately reporting on the president's unhinged speech in Phoenix.

The emails were in response to a draft of an article on the speech. According to the Times, the draft called the speech “an off-script return to campaign form” that “pivoted away from remarks a day earlier in which he had solemnly called for unity.” This language ultimately did not make the final for the Journal's readers.

“Sorry. This is commentary dressed up as news reporting,” Baker wrote an email about the story. “Could we please just stick to reporting what he said rather than packaging it in exegesis and selective criticism?”

When the Times asked about the emails, a Wall Street Journal spokeswoman defended Baker's interference with the story.

“The Wall Street Journal has a clear separation between news and opinion. As always, the key priority is to focus reporting on facts and avoid opinion seeping into news coverage,” she said.

The Journal, owned by conservative media titan Rupert Murdoch, received some heat earlier this month after it failed to publish the full transcript of its interview with Trump in the Oval Office. Strangely, Baker himself conducted the interview. Politico obtained a transcript of the conversation, which revealed Baker's intimate relationship with the Trumps.

“It was nice to see you out in Southampton a couple weeks ago,” Baker said to Ivanka Trump at one point in the interview, referencing a part they had attended with other New York elites.