How did a marriage-equality advocate become the face of Australian anti-gay propaganda? 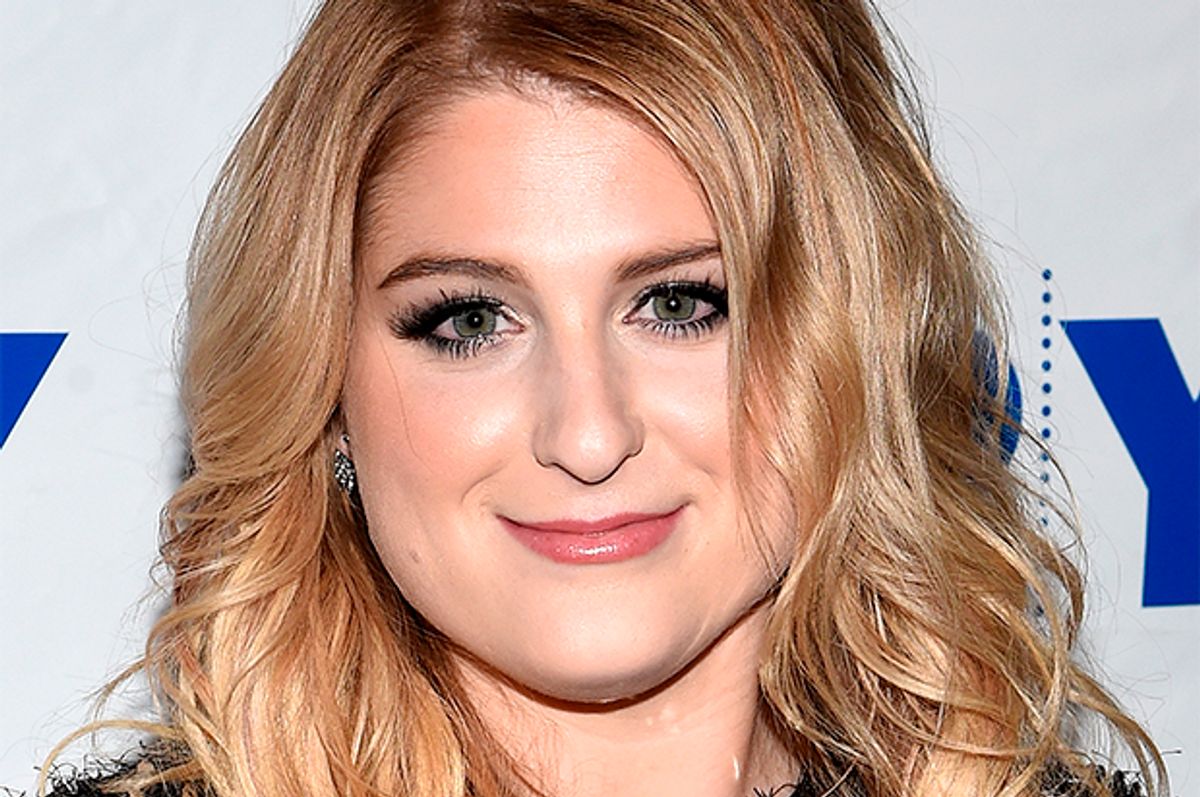 American, singer and songwriter Meghan Trainor strongly supports same sex marriage. In fact, in 2015, when she was asked by the UK Express if she could pass any law, she said, "I would pass gay marriage everywhere. Everyone should be able to love who they want."

Imagine her surprise and frustration, then, when she find out that her face and lyrics were being used in a propaganda campaign against same-sex marriage in Australia.

Posted ahead of a national vote on the status of same-sex marriage in September, an image on a Facebook page titled "Vote NO Australia - Marriage Plebiscite" showed Trainor's face alongside the words: "My vote is no you need to let it go." The text co-opts lyrics from Trainor's 2016 single "NO".

The post has since been deleted and the page's organizers told the Guardian Australia, "We apologise to Meghan Trainor and her support base if this has caused any angst or distress. We had no idea who the person in the meme was . . . We note Meghan Trainor supports marriage equality and we respect her right to her opinion on the matter."

Australia is conducting a postal survey on September 12 asking voters whether the federal government should legalize gay marriage. In order for someone's vote to be considered, they must be enrolled on the Commonwealth electoral roll with updated information. Citizens over 18 have until midnight on August 24 to do so.

Many celebrities took to social media, including Trainor, to encourage Australians to enrol.

The Australian Electoral Commission reported that the electoral roll has increased by 54,545 since August 8.