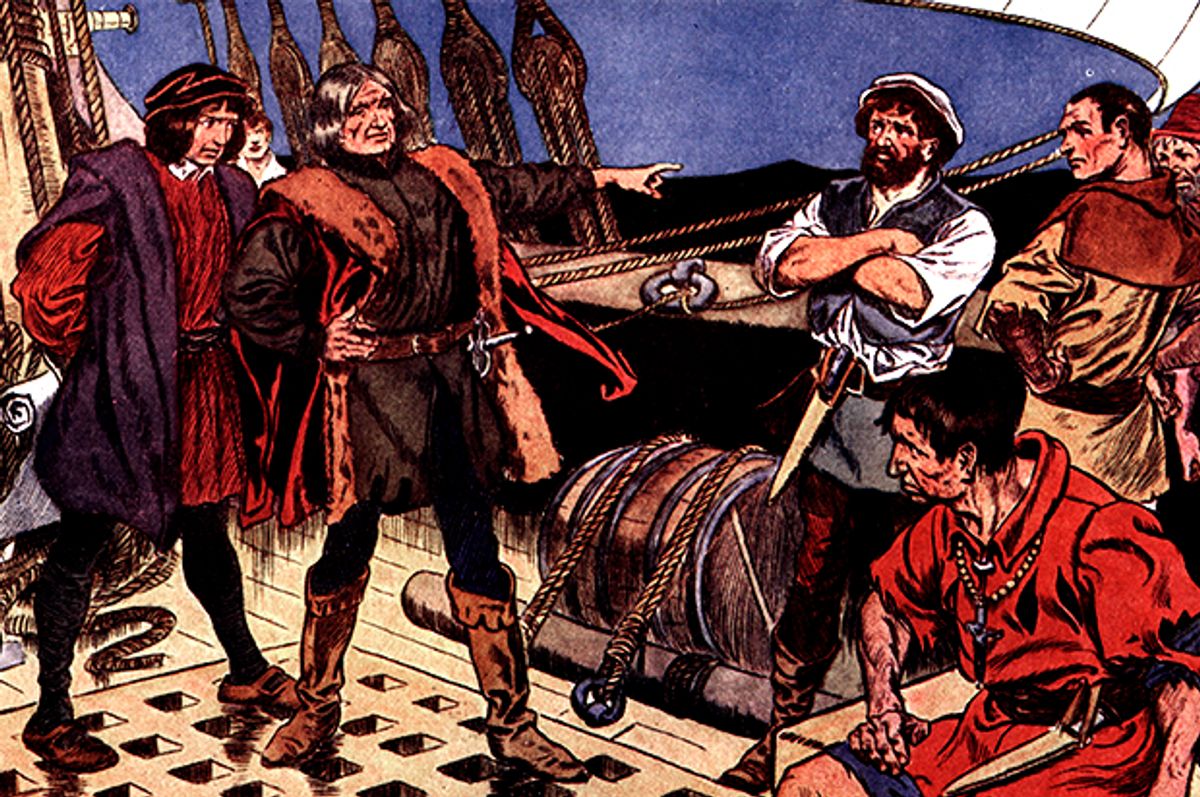 Nicole Malliotakis is a Republican mayoral candidate seeking to oppose New York City Mayor Bill de Blasio in the upcoming election. She probably thought she would score easy political points by attacking de Blasio for ordering a 90=day review of all "symbols of hate" on city property.

Unfortunately for Malliotakis, she spoke before she thought.

During a speech on Wednesday, Malliotakis declared, "even Christopher Columbus, the founder of our nation, is under attack," according to a report by NBC New York. She later explained that she misspoke.

As City Council Speaker Melissa Mark-Viverito said on Monday: "I will wait for the commission. As I said, Christopher Columbus is a controversial figure to many of us particularly in the Caribbean and I think that that has to be looked at, when you have to look at history we have to look at it thoroughly and clearly."

Mark-Viverito has a sounder grasp on history, at least in her political rhetoric, than Malliotakis. Columbus did perpetrate genocide against Native American groups like the Taino, who inhabited the island of Hispaniola before he landed there in 1492. In addition to his role in genocide against Native Americans, Columbus was also a brutal tyrant who frequently abused his power as governor and viceroy of the Indies.

Just as notably, Columbus never even set foot on the land mass that currently comprises the United States of America. Spain began settlements in what is now Florida during the early 16th century, and the first seeds of the English-speaking United States that we know today didn't get planted until 1607, with the colony of Jamestown in modern Virginia.

Oh, and Columbus died in 1506, some 270 years before the signing of the Declaration of Independence.