Salon Stage: Domino Kirke strips down to just vocals and a guitar 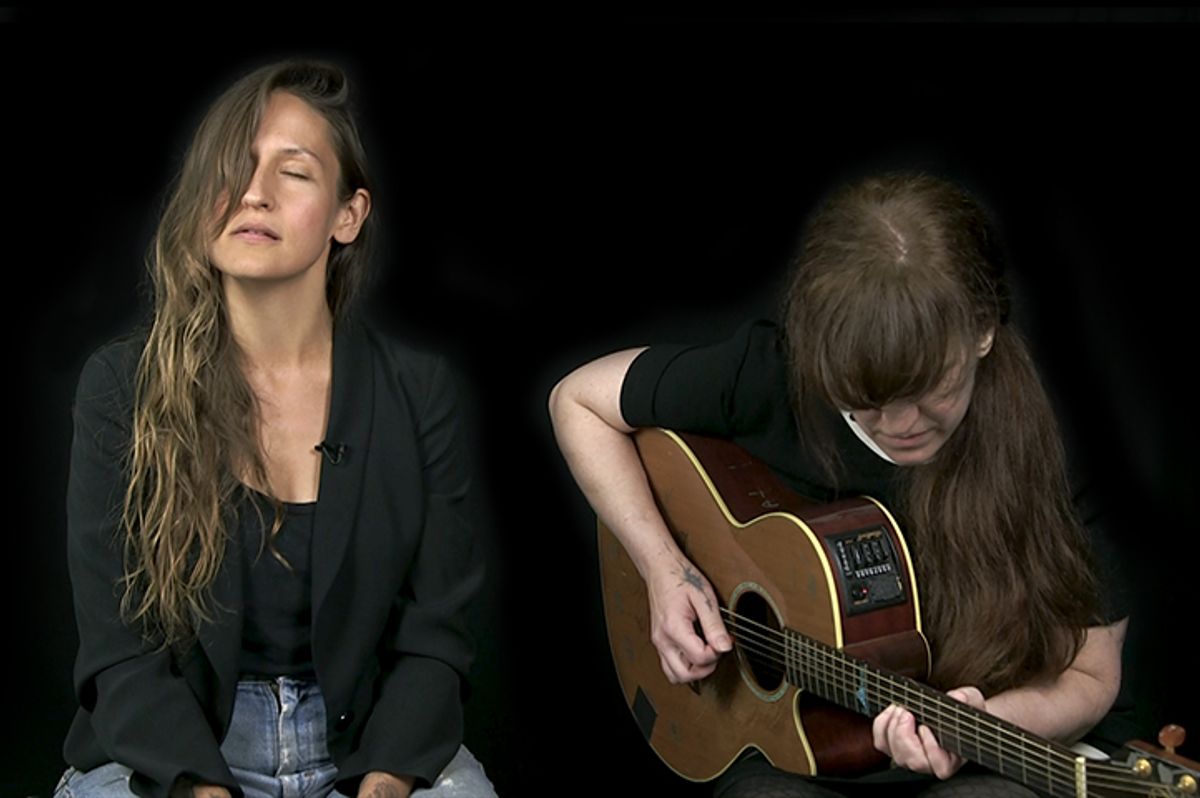 English-American singer Domino Kirke's sound is the meeting ground between folk and pop. But maybe it's because music is in her blood, and it's what she knows. Her dad is the drummer Simon Kirke, of the bands Free and Bad Company, and in her home growing up, there was always a piano and a revolving door of musicians. Whether in London or Brooklyn, music was the constant. "Music is everything," Kirke said. "When I sing I feel calm."

Now it's Domino Kirke's turn to take center stage, and her debut album "Beyond Waves" comes out August 25. With just vocals and a female guitarist by her side, Kirke performed the album's title track for "Salon Stage."

On what listeners can expect from "Beyond Waves":

Listeners can expect to feel very relaxed during the listening experience of "Beyond Waves." The songs are very lyrical and extremely intimate, so I feel like you're going to need to be in a quiet room when you hear them, at least the first time.

On how themes of family and heritage influenced Kirke during the writing process for the album:

This whole record was built on exploring my family's lineage and mythology, and uncovering and unearthing a lot of family stories, and really wanting to get to the bottom of some ideas about who people were — as a child and then as an adult, coming to meet those people for the first time. So a lot of the songs are written from my childhood perspective of the person.

Watch Domino Kirke perform an acoustic version of "Beyond Waves."