If Menendez leaves the Senate through resignation or expulsion, Gov. Chris Christie could appoint himself 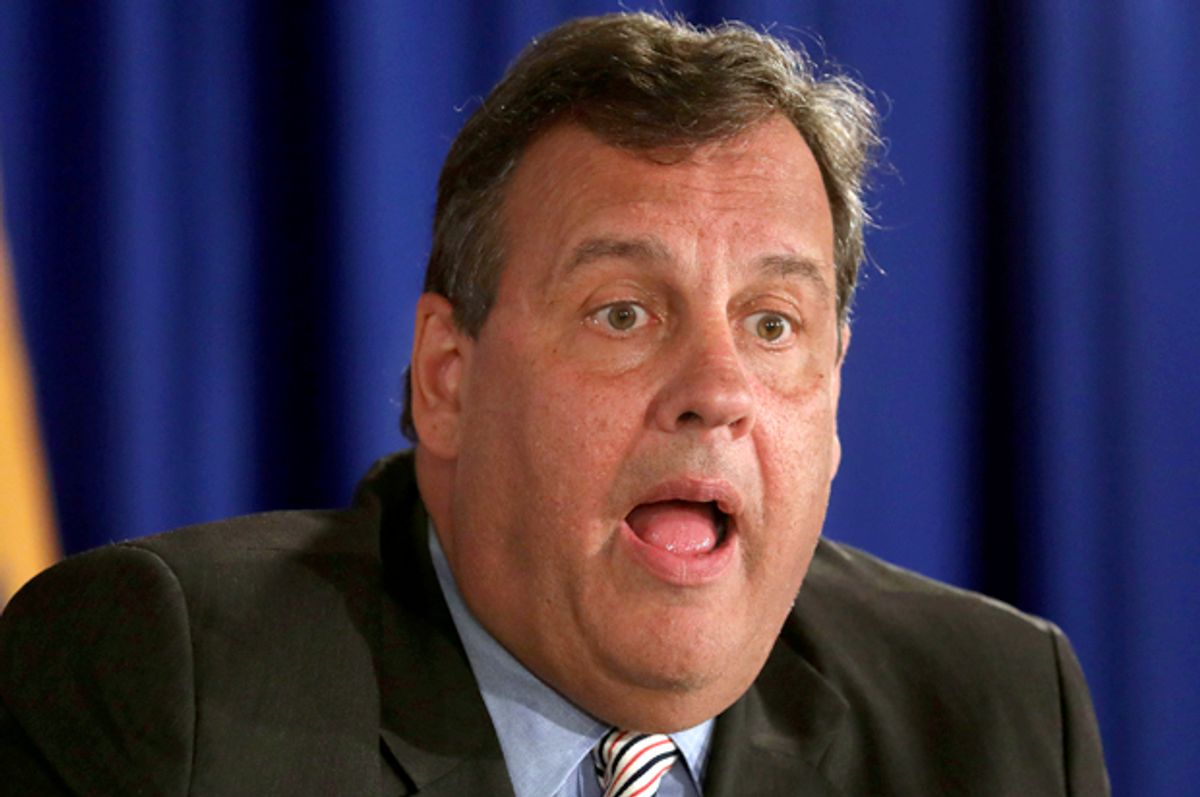 With the upcoming corruption trial of Sen. Bob Menendez, D-N.J., set to begin on September 6, Democrats may be faced with a precarious situation that could not only cost them a crucial seat in the Senate but see it taken by Governor Chris Christie.

Prosecutors hit Menendez with 14 federal corruption charges. He stands accused of "using his position to advance the interests of Dr. Salomon Melgen, a friend and political patron, in exchange for luxury vacations and hundreds of thousands of dollars of campaign support," the New York Times reported.

If Menendez, for whatever reason, left the Senate before early January, New Jersey's Republican Gov. Chris Christie would hold the power to appoint an interim replacement. Christie holds the record for having the lowest approval rating of any governor in the nation for the last 20 years, but he's well known for his politics of vengeance and blatant disregard for his own constituents. It's almost a guarantee that he would help out his longtime friend, President Donald Trump, by appointing a Republican — despite their recent spats. It's also possible that Christie appoints himself, which he has the power to do.

Christie's press office did not return questions about a self-appointment at the time of publication and has previously refused to comment on the matter. "I’m not going to answer questions about a vacancy in the United States Senate, which presumes the finding of guilt by a jury, before anyone has even heard one stitch of evidence," Christie said earlier in the summer, according to the Times. "It’s not appropriate. I won’t engage in it."

Even if convicted, Menendez could still remain in the Senate, and would even likely draw out a lengthy appeal process. But Republicans could turn up the pressure and demand his resignation. The only chances of Menendez departing from the Senate is with a voluntary resignation or through expulsion — but that would require a two-thirds majority vote in the Senate.

If the Republicans managed to gain control of Menendez's seat in the Senate, it could provide them with the power needed to repeal and replace Obamacare, which they were just one vote shy of at the end of July.

"This one vote, this one vote — if he’s convicted or does a plea deal — could change the course of history on Obamacare. It’s remarkable," Steve Lonegan, a New Jersey Republican who unsuccessfully ran for Senate three years ago, told the Times.