Did Steve Mnuchin fly on a private government jet just so he could watch the eclipse? 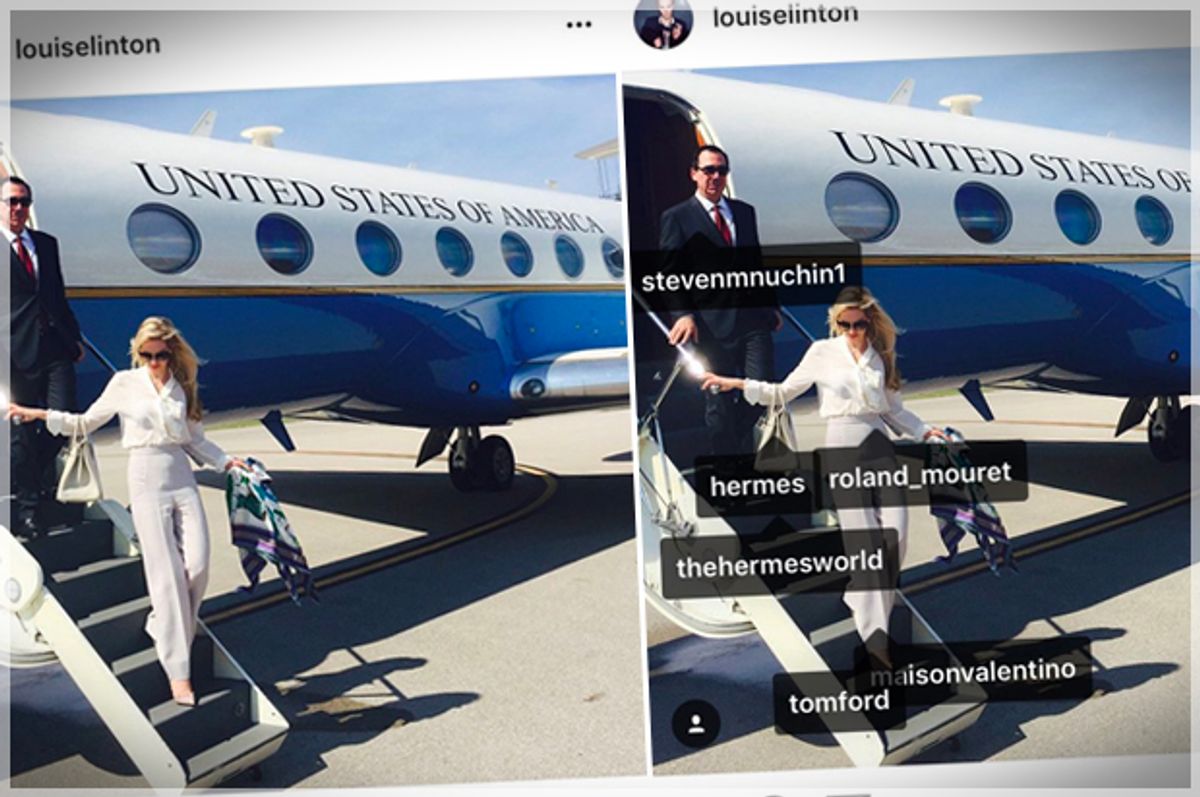 When Treasury Secretary Steven Mnuchin's wife Louise Linton lashed out at an online critic who accused the couple of misusing taxpayer money on a flight to Kentucky, one of her comments was, "Did you think this was a personal trip?!"

The ethics watchdog group CREW — Citizens for Responsibility and Ethics in Washington — is filing a Freedom of Information Act request for copies of all relevant records pertaining to the costs incurred by Mnuchin's Aug. 21 flight to Lexington, Kentucky. They are also requesting records on Mnuchin's use of government planes for any purpose since becoming treasury secretary.

"The requested records would shed light on the justification for Secretary Mnuchin’s use of a government plane, rather than a commercial flight, for a trip that seems to have been planned around the solar eclipse and to enable the secretary to secure a viewpoint in the path of the eclipse’s totality," CREW explained on their website, citing a quote by Mnuchin that he and Linton flew to Kentucky "to tour the bullion reserve at the Army post and view the eclipse."

As CREW's communications director Jordan Libowitz told Salon, "the issue is personal use. You cannot use government resources for personal purposes."

He added, "If he took this flight with his wife so that they could get a better view of the eclipse, that would be personal use. If it was just him on official government business, then that is fine."

"My understanding is that it's not that common for secretaries' spouses to accompany them on official trips," Larry Noble, senior director and general counsel at Campaign Legal Center and former general counsel at the Federal Election Commission, told Salon.

As Libowitz noted, President Donald Trump's administration has not had the best track record when it comes to complying with ethics requests, which could make it difficult for Mnuchin to be held accountable even if it is determined that he misused the government plane.

"He can be held accountable but it can be very hard," Libowitz said. "We haven't seen much in the way of accountability on ethics issues from this administration."

It's likely that the flight would have been hidden from public records had the treasury secretary's wife not used social media to brag.

"It would have been highly unlikely that we would have noticed this without it,"Libowitz said about the since-deleted Instagram post.

Noble said that CREW has "a right to the documents under the Freedom of Information Act. I don't know if it's just the fact about the totality of where the eclipse was, but it's a fair question to ask, especially given everything that's surrounding it."