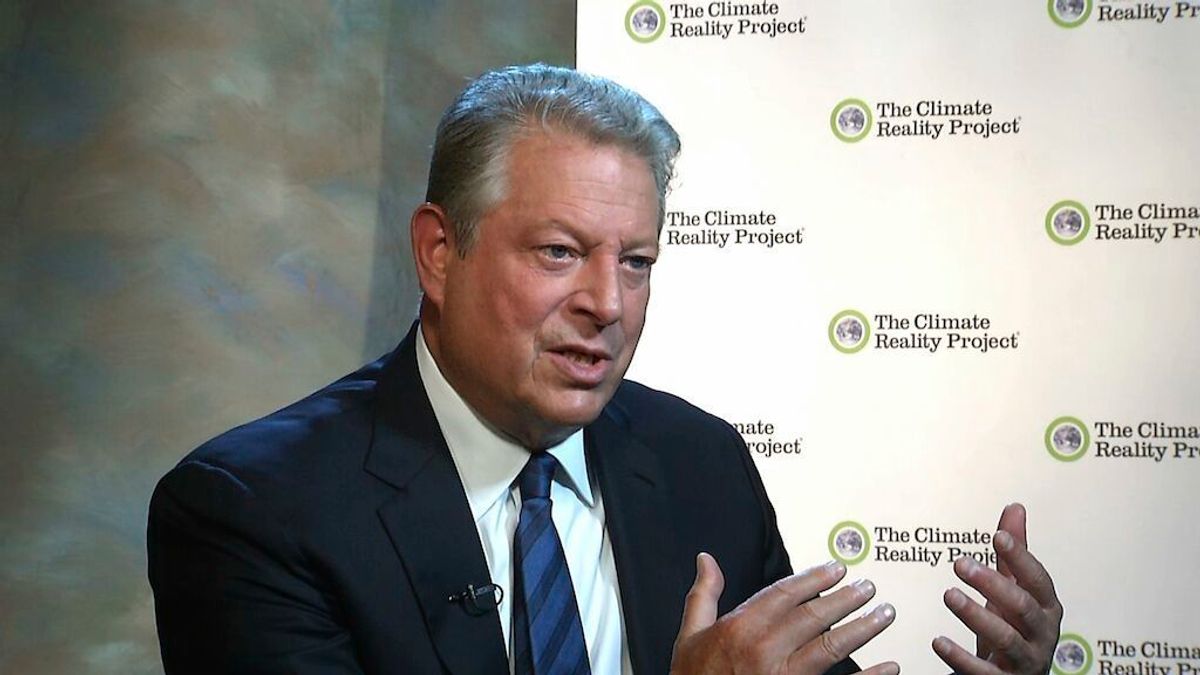 This is not surprising given how the first movie dominated the international box office and became one of the most successful documentaries of all time. The film ultimately helped Al Gore win the 2007 Nobel Peace Prize for his efforts in promoting action against climate change.

However, 11 years after its release, there is also evidence that it might have had an unintended consequence: serving as a catalyst in the polarization of American public opinion on climate change.

We have studied in detail how the media covered the issue of climate change since the 1980s and how it may have played a role in polarizing the American public. The commonly observed pattern is that public opinion tends to follow, rather than lead, debate among political elites. This is of particular importance for our work.

Voters, particularly in America, tend to harbour strong positive and negative attachments to political parties. These form critical components of their social identities. When uncertain about novel political issues, like climate change, they look for signals from political elites for guidance. These signals are, more often than not, carried to them by the mass media.

In our research, we examined the political signals that were present in the coverage of climate change in major, high circulation daily newspapers, like the New York Times, Wall Street Journal and USA Today, as well network television channels ABC, CBS and NBC, and cable news channel Fox News.

What we found is a nuanced story that sheds considerable light on why the public polarized on climate change. First, politicians became increasingly common in coverage, politicizing the issue as it grew in importance. As a result, the public has been exposed to a growing number of messages about climate change from party elites.

Second, Democratic messages have been more common in news coverage, and, unsurprisingly, consistent in a pro-climate direction. Meanwhile, Republican messages have been fewer in number, and, until the Obama presidency, ambiguous in direction. Contrary to conventional wisdom, only a small fraction of Republican messages on climate change explicitly denied the scientific consensus on climate change.

When one side’s messages are clear and the other side’s are muddled, as was the case here, it’s plausible that Republican voters took their cues from Democrats. This should not be surprising. In an age of affective polarization where Republicans and Democrats each increasingly dislike the other, it makes sense that Republicans may have taken an oppositional stance on climate change, at least partly, in response to signals from Democratic elites.

So, what about the role of Al Gore and An Inconvenient Truth in this process? Al Gore was featured prominently in the news media coverage of climate change. This was particularly true when climate change was salient and Americans were significantly polarizing on the issue.

The traditional media also focused heavily on Al Gore. In 2006 and 2007, the former U.S. vice-president was featured in 13 percent and 17 percent of news stories in the highest circulation newspapers in the United States, and in 16 percent and 23 percent of the network broadcasts.

In other words, if you tuned in to news about climate change in that time period, you were exposed to Al Gore and his message. And even though that message was unabashedly pro-climate and for strong climate action, it likely played a role in turning Republicans against that message, since to them, Gore was simply a Democratic politician they disliked.

It’s highly unlikely that the release of Al Gore’s sequel to "An Inconvenient Truth" will have an impact similar to the original. The movie is generating significantly less traction in the box office and in the media. Furthermore, climate change has already become one of the most polarized issues of the day.

Sadly, there is likely no way to turn back the clock. But it should serve as a warning for the future. It is not only important to pick a salient and informative message, but also an effective messenger to deliver it.