Steve Mnuchin watched the solar eclipse from atop Fort Knox, literally a building filled with gold 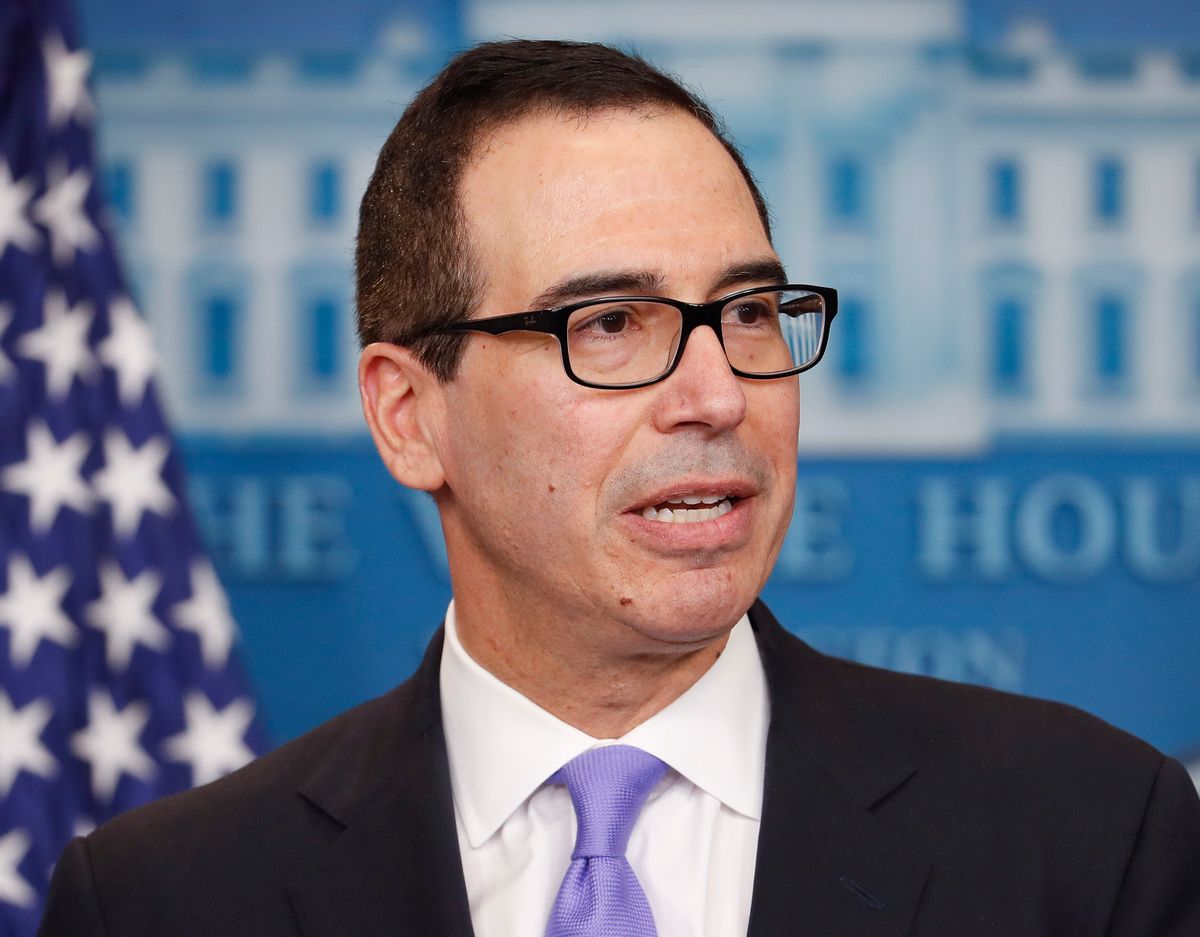 on Thursday, we wondered if Steve Mnuchin watched the solar eclipse from a government jet. We know know that he didn’t; he watched it instead from the roof of Fort Knox.

Mnuchin was joined by Senate Majority Leader Mitch McConnell as the pair watched the eclipse at just outside the path of totality from the roof of the legendary government building containing vast stores of gold, according to a report by The Washington Post. The Post cited a Facebook update by McConnell with himself and Mnuchin, saying "we viewed the #solareclipse from the rooftop today."

Officials at the Treasury Department told the Post that Mnuchin's trip to Kentucky occurred solely for "official government travel" and that it had actually been initially planned for early August, which was confirmed by Louisville chamber spokeswoman Alison Brotzge-Elder. Meanwhile, a spokesman for McConnell told the Post, "Kentucky was the best place to see it, hands down."

Mnuchin's trip to Kentucky attracted scrutiny after Linton published an Instagram post that seemed to flaunt the trip as a perk of a lavish lifestyle. CREW, or Citizens for Responsibility and Ethics in Washington, filed a Freedom of Information Act request for the records pertaining to Mnuchin's trip, as there were suspicions that he may have planned it in accordance with the solar eclipse.

CREW's communications director Jordan Libowitz told Salon, "if he took this flight with his wife so that they could get a better view of the eclipse, that would be personal use. If it was just him on official government business, then that is fine."

Libowitz later added that it was "highly unlikely" that they would have noticed Mnuchin's Kentucky trip had Linton not imprudently bragged about it in her controversial Instagram post.