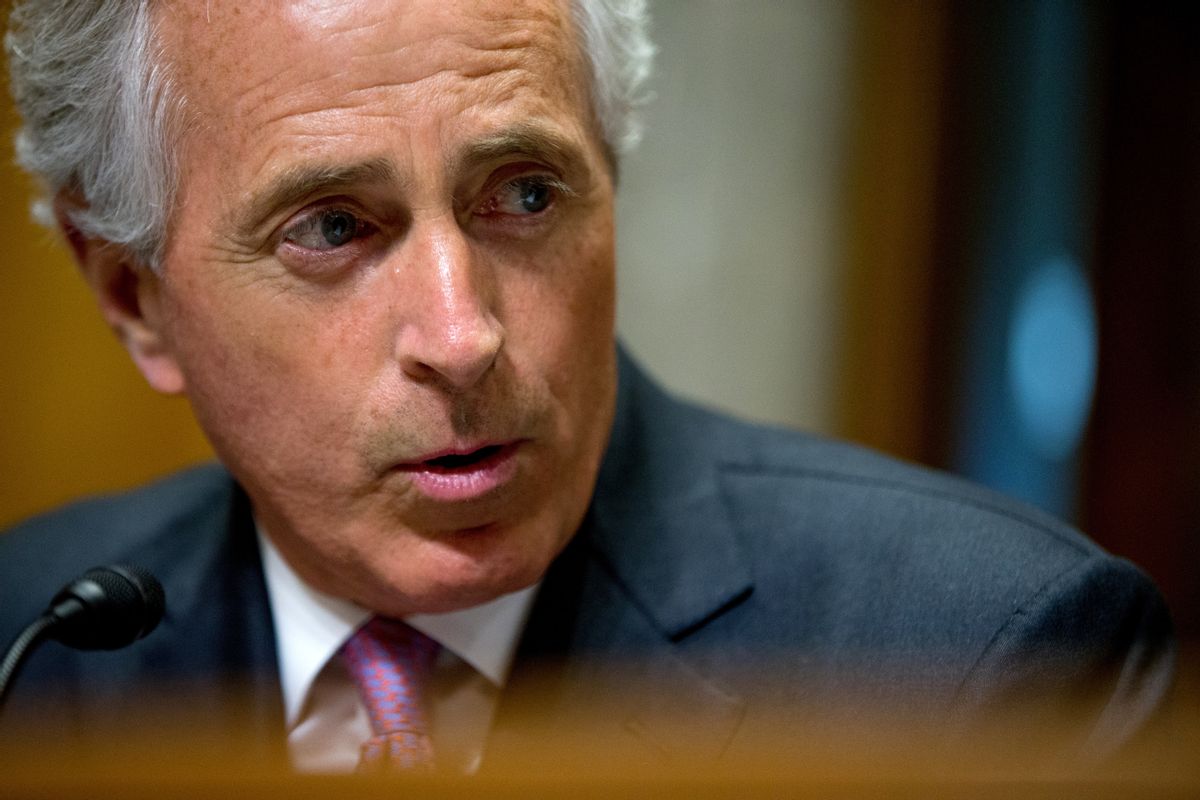 President Donald Trump has picked yet another fight with a senator from his own party.

One day after Karl Rove publicly urged Trump to stop attacking members of his own party, Trump went after Republican Sen. Bob Corker of Tennessee. He was irritated by a statement that Corker made last week in response to the president's controversial reaction to the Charlottesville protests, where Trump blamed "both sides" for the violence in Charlottesville.

Corker's comment may have also been a defense of Senate Majority Leader Mitch McConnell, whom Trump also attacked, in a tweet that blamed the Kentuckian for Republicans' inability to repeal and replace Obamacare.

Making matters worse for Trump (or Corker, depending on how you look at it) is the fact that the Republican National Committee is currently in the process of holding its summer meeting in Nashville. Trump is clearly aware of this, because his son Eric spoke there on Thursday, after which the president retweeted an image of Eric Trump speaking.

It remains to be seen whether Trump's attack on Corker will yield any political benefits.

Interestingly, when White House press secretary Sarah Huckabee Sanders was asked about Corker's comments regarding Trump, she replied, "I think that's a ridiculous and outrageous claim and doesn't dignify a response from this podium."