Once a Grand Dragon in the Ku Klux Klan cheering on violence, now a reformed racist helping rehabilitate others 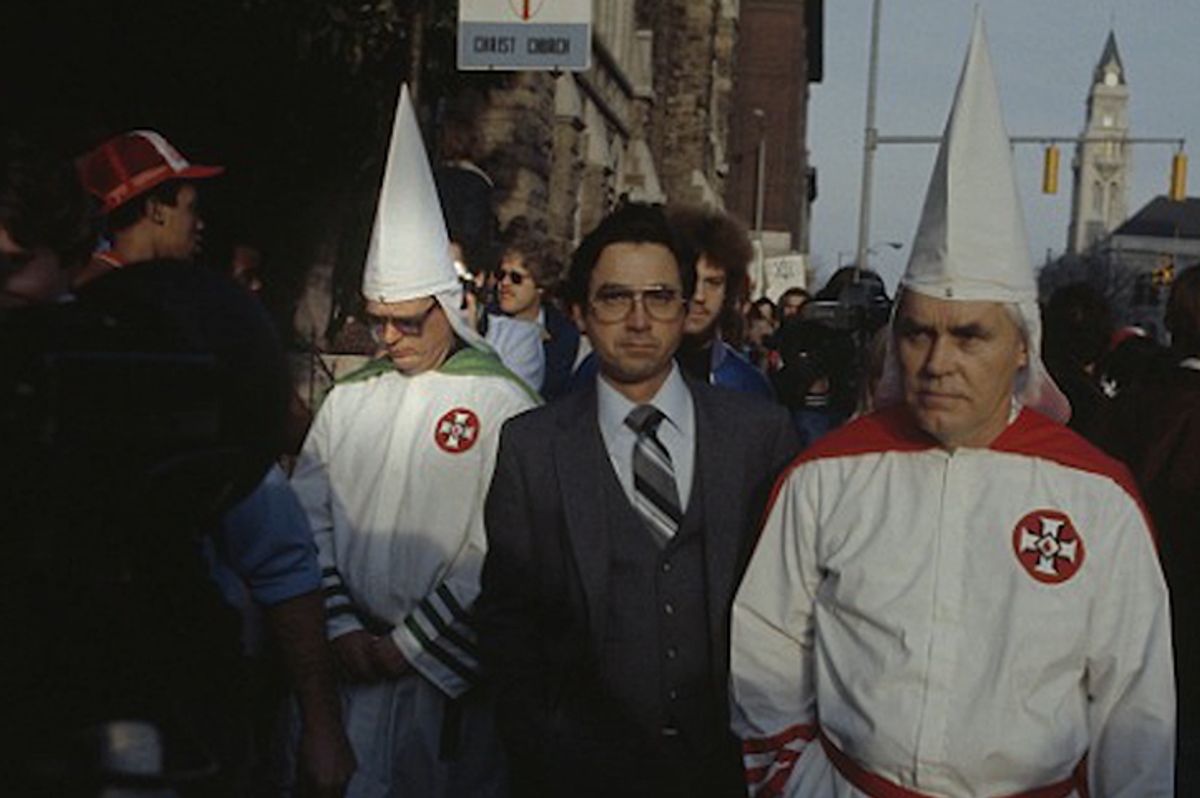 Amazing grace! How sweet the sound

I once was lost, but now am found;

Was blind, but now I see

Scott Shepherd was once a Grand Dragon in the Ku Klux Klan in Tennessee. For nearly 20 years, he proselytized and recruited for the South's homegrown terrorists.

"There were cross burnings and firebombings," Shepherd tells filmmaker Matt Ornstein in the Independent Lens documentary film "My Racist Days." "There were plans always being discussed about attacking the federal government, including assassination of politicians."

Shepherd says he was not directly involved in the physical violence, but admits, "I rooted it on and cheered it on."

Eventually, though, Shepherd quit the Klan, and for many years now he has been an outspoken campaigner against extremist hate groups. Shepherd describes himself as "a reformed racist." Like the 18th-century English slave trader John Newton, who renounced his former life and wrote the redemptive hymn "Amazing Grace," Shepherd has, in his own manner, dedicated himself to salvaging other lost souls and dissuading those who might be tempted to join a Klan or neo-Nazi group.

What prompted Shepherd's conversion and rebirth as a proponent of equality and civil rights? It's a question that takes on a new urgency in the wake of the racist and anti-Semitic violence in Charlottesville and other places across the country.

As Shepherd explains in "My Racist Days," his break with the Klan was precipitated by an FBI investigation. He was arrested for drunk driving and possession of an illegal firearm. But what changed his life was the rehabilitation and 12-step program he agreed to enroll in. There he encountered people from different races and religions who were willing to share their fears and failures, while supporting one another. Shepherd says simply: "I went in one person and came out another."

When he broke with the Klan, Shepherd says he received death threats. But far worse was the guilt and shame he felt for all those years of hate-mongering. Ironically, Shepherd's saving grace turned out to be the woman who had raised him since birth, Rebecca Hawkins, who is African-American. Shepherd came to Hawkins seeking forgiveness.

Seated next to each other at Hawkins' home in Indianola, Mississippi, Shepherd and Hawkins tell a tangled Southern tale. Shepherd's father was an alcoholic, prone to violence. His mother and grandmother were estranged. Scott grew up in the home of his grandmother, whose family owned the local movie theaters. But it was Hawkins, the nanny, who actually took care of Shepherd and offered the affection and comfort his family withheld.

Born in 1914, Hawkins remains sharp and insightful about the family turmoil. Shepherd confesses that as a teenager he was filled with hate, anger and self-loathing and joined the KKK because "I was looking for a place to fit in, to fill a void within myself." Hawkins tells Shepherd she knew what he was up to and that if he had remained with the Klan, "I wouldn't have liked you!"

But when Shepherd returned, the prodigal son, Hawkins hugged and accepted him.

These days, Shepherd spends his time trying to reach out to those who might be vulnerable to recruitment by the Klan or neo-Nazis and he continues to express contrition for his own past. At a recent event at the King Center in Atlanta, he apologized to the King family for all the vile remarks he had made as a Klansman about Martin Luther King, Jr. As the audience applauded, the slain civil rights leader's daughter, Bernice, spoke about the ability of some to "love the hate out of people."

If Rebecca Hawkins had been there, I can imagine she'd be quietly nodding.

(Note: "My Racist Days" director Ornstein also made the feature documentary "Accidental Courtesy" for Independent Lens about an African-American musician, Daryl Davis, who has tried to confront and befriend current and former KKK members.)