Sebastian Gorka is out of the White House, and not even Trump knew what his role was 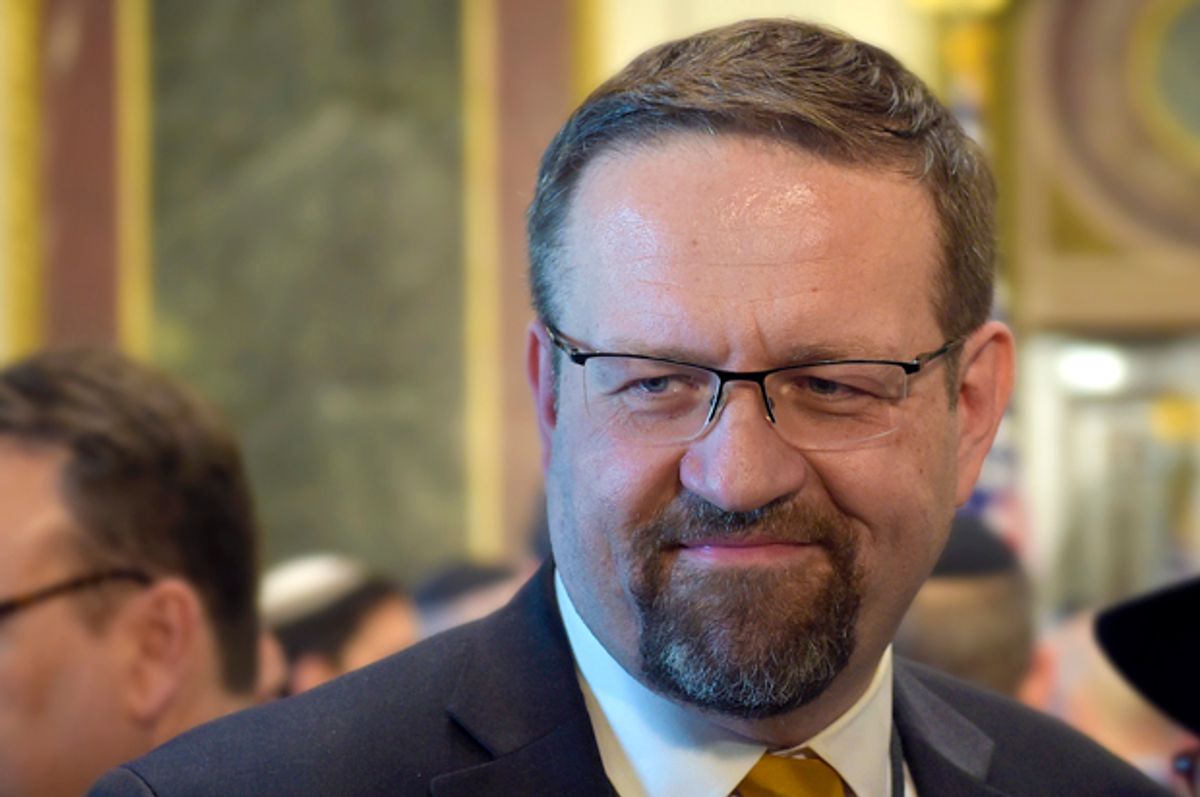 In the midst of a hectic Friday night news dump, Sebastian Gorka, a deputy assistant to President Donald Trump, resigned from the administration. The move led many people to wonder what role he had played in the first place — something even the president was never quite sure of.

The news that Gorka resigned was first reported by The Federalist's Mollie Hemingway on Friday night. However Axios later reported an unnamed White House official indicating Gorka did not leave voluntarily, and the New York Times reported that Groka was "forced out."

"Sebastian Gorka did not resign, but I can confirm he no longer works at the White House," the official said, according to Axios. Trump's new chief of staff, John Kelly, indicated he would be getting rid of Gorka throughout the week, according to the New York Times.

Gorka has primarily been known for his bombastic television appearances throughout his time with the administration, something Trump became a big fan of, Axios reprted. He once stated that Trump's tweets could help improve the potential nuclear crisis between the U.S. and North Korea. Gorka, a strategist who aided former chief strategist Steve Bannon, has also staunchly defended the president's silence and hastiness to issue a statement on a recent bombing of a mosque in Minnesota.

"Did you see Gorka?" Trump once asked West Wing staffers. "So great, I mean really, truly great." The comments came after he appeared on CNN and claimed that their ratings were lower than "Nick at Nite."

Besides his feisty and confrontational cable news interviews his influence inside the White House was minimal, and he had "no role" on the National Security Council. Trump wasn't even sure of the role Gorka played. "Trump raved about Gorka's performances, telling colleagues he had no idea what Gorka actually did but loved him on TV," Axios reported.

"[G]iven recent events, it is clear to me that forces that do not support the MAGA promise are – for now – ascendant within the White House," Gorka wrote in his so-called resignation letter, according to The Federalist. "As a result, the best and most effective way I can support you, Mr. President, is from outside the People’s House."