Kaepernick was no doubt brave and inspiring, but there were athletes before him who took a stand, too 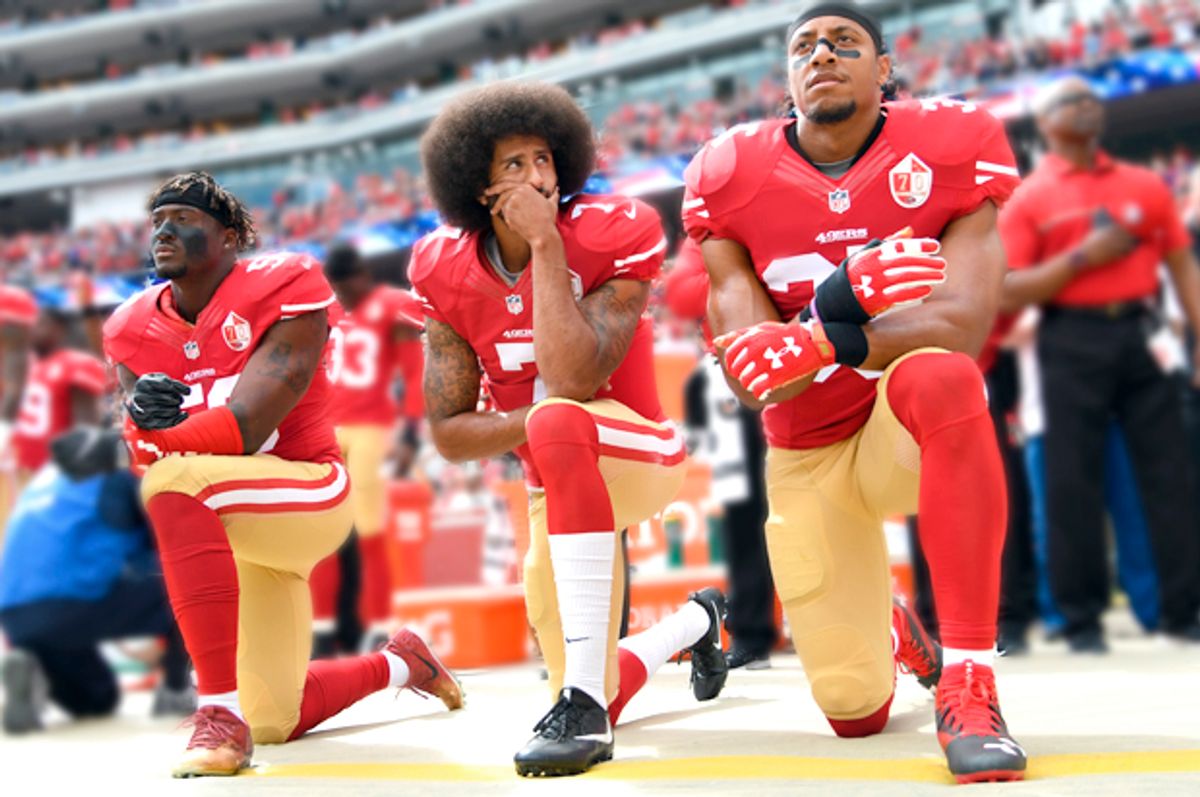 The debate over the separation of sports and politics is almost as controversial as that of church versus state. That much has been made clear ever since Colin Kaepernick refused to stand for the NFL's pregame national anthem.

Those sports fans who demand players to pay respect to the flag act as if Kaepernick was the first athlete to defy American patriotism. But there has been a long, rich tradition of athletes protesting racism in America. Bigotry existed in sports long before the creation of negro leagues, which ensured that black athletes would not participate in the country's highest competition.

Kaepernick's decision to kneel during the national anthem may have been a pivotal moment for political activism in sports, but there were athletes before him who exercised their rights for a cause far greater than a game. The following is a list of trailblazers who used their platform as athletes to fight racial discrimination in America.

A month before Kaepernick took his first knee, an entire sports team showed solidarity with the Black Lives Matter movement. After a police shooting near downtown St. Paul tragically took the life of Philando Castile, members of the Minnesota Lynx — one of the most successful franchises in the WNBA — donned a t-shirt before a game that said: "Change starts with us. Justice & accountability."

"Black Lives Matter" was prominently displayed on the shirt, along with the logo of the Dallas Police Department in honor of the officers who died in an ambush earlier that month. While the Lynx players were trying to pay respect to the dead, the shirts enraged police officers on duty at the game, which led them to leave their details in objection to the shirts.

Back in 2012, members of the NBA's Miami Heat wore hoodies in response to the death of Trayvon Martin. Led by LeBron James and Dwayne Wade, the Heat players demonstrated what it looks like to be stereotyped in America. James shared a photo of their protest, using the popular hashtag at the time, #WeAreTrayvonMartin.

In 2014, when Black Lives Matter was picking up steam following the death of Eric Garner in New York, many NBA players voiced their outrage by wearing shirts that read "I can't breathe," a nod to Garner's last words before he died of asphyxiation.

Denver Nuggets player Mahmoud Abdul-Rauf sat during the anthem before an NBA game in 1996. The act of protest garnered him a suspension from then-NBA commissioner David Stern. Abdul-Rauf and the NBA would later reach a compromise. He would be allowed to bow his head, close his eyes and recite a Muslim prayer, as long as he stood during "The Star-Spangled Banner."

When Muhammad Ali refused to serve in the military during the Vietnam War — a choice that involved jail time, aroused the hate of much of the nation and shaved years off his career — it wasn't a direct stand against racism. He refused to serve based on the tenets of his faith. Yet, the moment did highlight the cruel irony of asking black men to fight in a foreign war on behalf of a country that treated them as subhuman.

It should be noted that Ali probably never said the famous quote attributed to him, "No Viet Cong ever called me n*gger." That people have believed and continue to believe he did say it, however, speaks volumes about the meaning of his choice here.

Track and field athletes John Carlos and Tommie Smith made international headlines in 1968 by raising their fists during the medal award ceremony at the Mexico City Olympics. Carlos and Smith were protesting the injustice of African-American poverty in America. They wore black socks and gloves in honor of the black community. Their demonstration came with a price.

The head of the International Olympic Committee called on the U.S. to ban Carlos and Smith from participating in future Olympic games. They also received death threats. To this day, their protest is considered one of the most significant political statements in all of sports history.