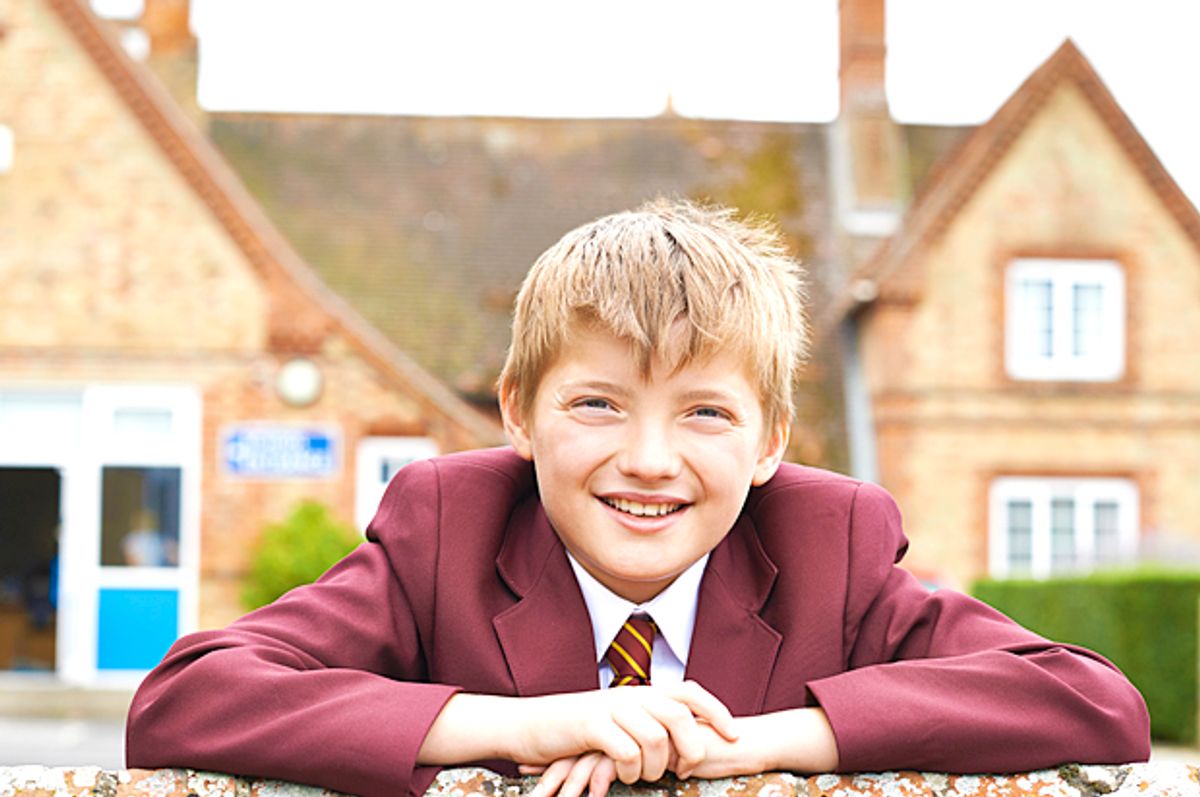 Excerpted from “Beyond Test Scores: A Better Way to Measure School Quality” by Jack Schneider, published by Harvard University Press, $27.95. Copyright © 2017 by the President and Fellows of Harvard College. Used by permission. All rights reserved.

Most people imagine themselves to be making informed decisions about their children’s futures, at least among those with the privilege to decide. Yet they often end up making decisions that reflect the limited nature of their information. Why is that? To get a better handle on the issue, it is useful to look at the examples of charter and private schools.

According to a 2012 Gallup poll, 78 percent of Americans believe that private schools provide a good or excellent education, and 60 percent believe the same about charter schools. Traditional public schools, by contrast, elicit that response from only 37 percent of the populace.

How accurate is the picture Americans have of private and charter schools? It’s a hard question to answer, not only because running a true experiment—taking a large number of children and randomly assigning them to different kinds of schools—is impossible, but also because school quality is such a multifaceted concept. Many scholars have tried to work around this problem, using pseudo-experiments and statistical techniques to measure traditional public schools against their counterparts in the private and charter sectors. But findings are anything but consistent, and it cannot be universally claimed that one kind of school is superior to the others. Just about the only conclusion we can safely draw is that some schools in each sector—whether private, charter, or traditional public—will be of high quality; others will not.

How can that be? Private schools send almost all of their students on to college—a substantially higher percentage than traditional public schools. Just ask their college guidance counselors; or simpler yet, look at their websites. Groton, for instance, has a web page listing colleges where five or more of its students have matriculated over the past ve years. On that list are schools such as Harvard, Yale, Dartmouth, Princeton, Columbia, Brown, and Penn. Fact sheets like this can be quite persuasive, as can the advertisements known as “look books” sent to prospective families. At one New England private school, the 2016–17 look book—a seventy-five page glossy magazine, which cost the school six dollars just to mail—closed with a list of colleges attended by graduates, as well as the colleges attended by faculty.

Yet it is quite possible that the admissions edge private school students seem to have is not due to schooling. Roughly 80 percent of students from high-income families, regardless of the kind of school they attend, immediately enroll in college after high school; that is true for only about half of students from low-income families. Among households with incomes under $50,000, only 6 percent attend private schools. By contrast, 26 percent of households with annual incomes of $200,000 or more send their children to private schools. Thus, we might reason that when we look at private schools, we are really just seeing the effects of concentrated privilege.

Charter schools, too, maintain solid reputations among the American public. As with private schools, though, this may not be due to any real difference in quality. Like their private counterparts, charters have self-selecting populations. This can be due to pull factors, such as well-crafted messages sent to would-be parents, or to push factors, such as strict rules and high academic expectations. In either case, however, it complicates what we can say about the value added by a charter school. And though thoughtful researchers have tried to account for this by using a variety of methodological approaches and statistical techniques, it can be very hard to pinpoint which results are due to the student’s school and which to the student’s family. Thus, the only generalizable thing we can say about charters is that quality varies from state to state and from school to school. Some cities have stronger charter sectors than others, and some charter firms have more coherent practices than others.

Unlike private schools, which are not required to give standardized achievement tests, charters are public schools that must adhere to state guidelines. Consequently, we have some data about performance. But here, too, we are limited in what we can determine about charter school quality. Even if we control for differences in population, there is tremendous variance across schools, networks, and states. As one team of scholars concluded, the only thing we can conclude across traditional public schools and charters is that “students perform similarly across the two settings in most locations.” Yet even if that weren’t the case, and charter schools did uniformly produce higher test scores, we would be left asking, At what cost? How are those scores being achieved? And what else is going on inside the school?

Without particularly clear or useful data about schools—whether public or private—we end up leaning heavily on anecdotes, observed correlations, and assumptions. Often, we simply fall back on general brand attributes that may have nothing to do with actual effectiveness.

Private and charter schools, always vying for clients, are well aware of this. Not surprisingly, they work to bolster their brands by investing in technology, creating impressive faculty biographies on their websites, posting high-touch photos, and even launching advertising campaigns. For their part, traditional public schools tend not to engage in such practices. Why would they? Most have never had a shortage of clients.

The impact of exclusivity is also worth considering. Research from consumer psychology indicates that people disproportionately value products that are perceived to be scarce. If that is the case, private schools and charters are at an inherent advantage over their traditional public school counterparts. Private schools are generally small in size and carefully cultivate the image that they are selective in their admissions. Many, of course, are genuinely difficult to get into. Others, however, ask students to complete a lengthy application process even if they are virtually guaranteed entrance; even if it’s a sham, the process creates a sense of accomplishment for the families that are accepted.

Charters play this game, too. As public schools, they are prohibited from employing selective admissions procedures, but they can recruit more applicants than they have spaces for, thereby forcing a lottery for available seats and triggering a sense of scarcity. In Ohio, for instance, state audits suggest that some schools spend more than $400 per student to attract them away from public schools, employing sophisticated marketing schemes. And in New York, the Charter School Center supports multimedia campaigns in support of charter schools. The results have been powerful—over one million names on waiting lists.

A final factor worth discussing with regard to opinions about charter and private schools is the impact of choice. As a wealth of psychological research indicates, people prefer making their own choices. And, more importantly, people tend to be happier with outcomes if they have had a hand in shaping them. To be clear: this does not mean that people are happier because they made good choices. Rather, these studies have found that simply having been allowed to choose creates happier customers. Thus, even if they don’t produce markedly better results, private and charter schools hold a powerful advantage in generating positive perceptions.

None of this is intended as a takedown of private and charter schools. Many do good work, and they should be valued for their contributions. Rather, the point is that public schools do not have the same advantages with regard to perceptions of their quality. And the result, for many public schools, is that people believe them to be worse than they actually are.